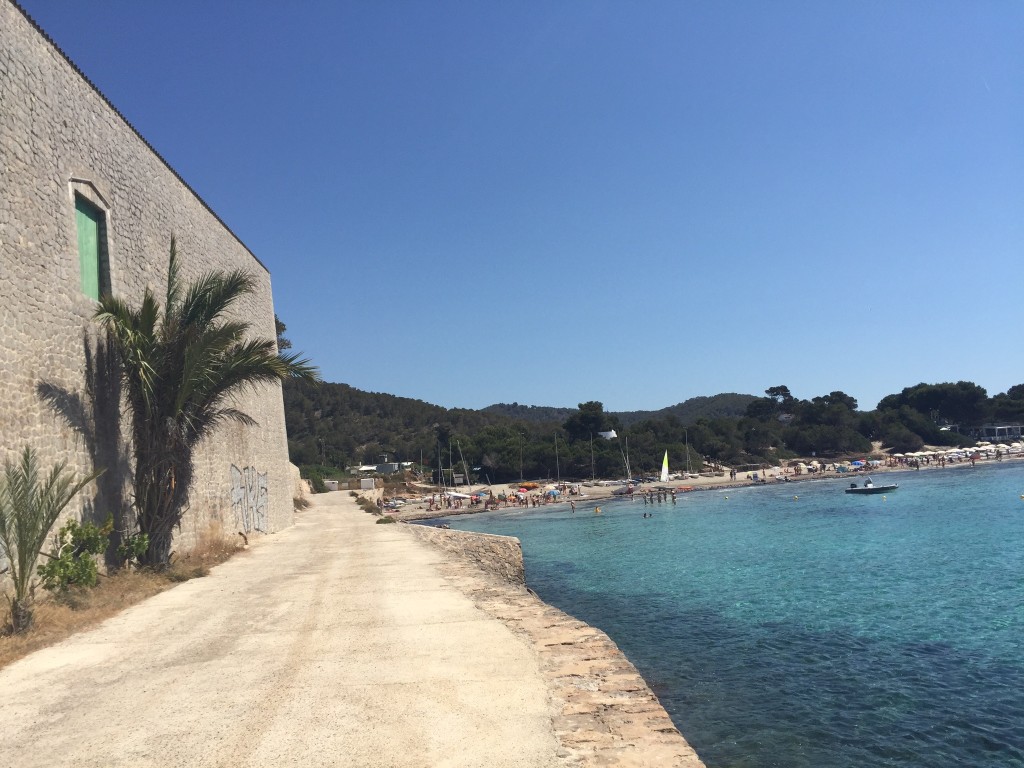 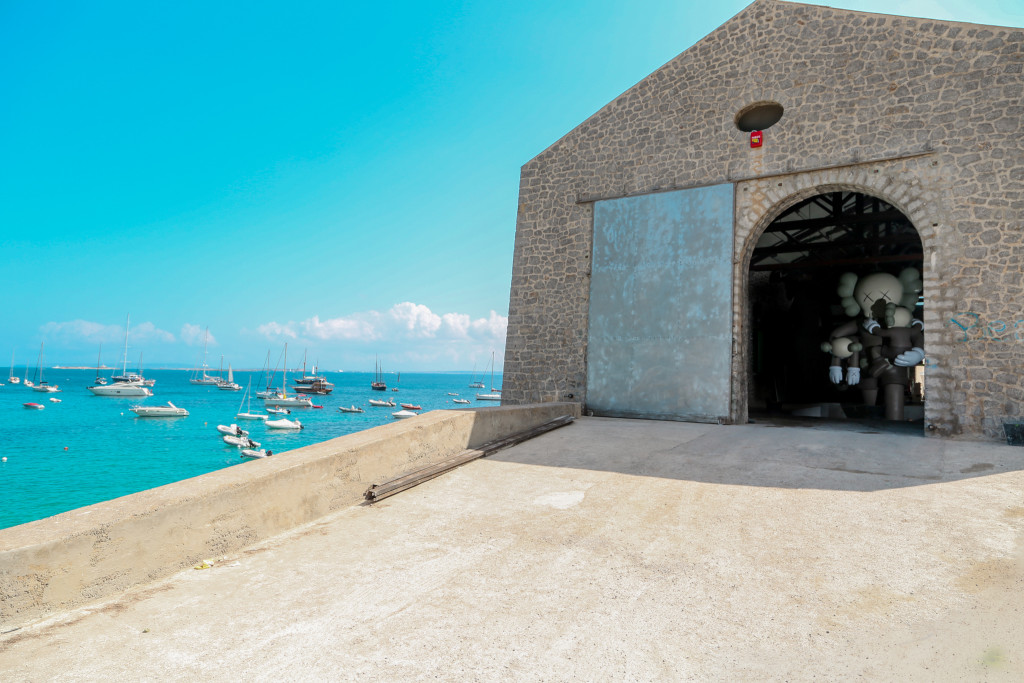 The opening exhibition features a massive sculpture piece by New York artist KAWS, entitled “CLEAN SLATE,” measuring nearly 23ft. The sculpture debuted in Harbour City, Hong Kong, and more recently in Shanghai. The sculpture will be on view  in Ibiza until October 2015. 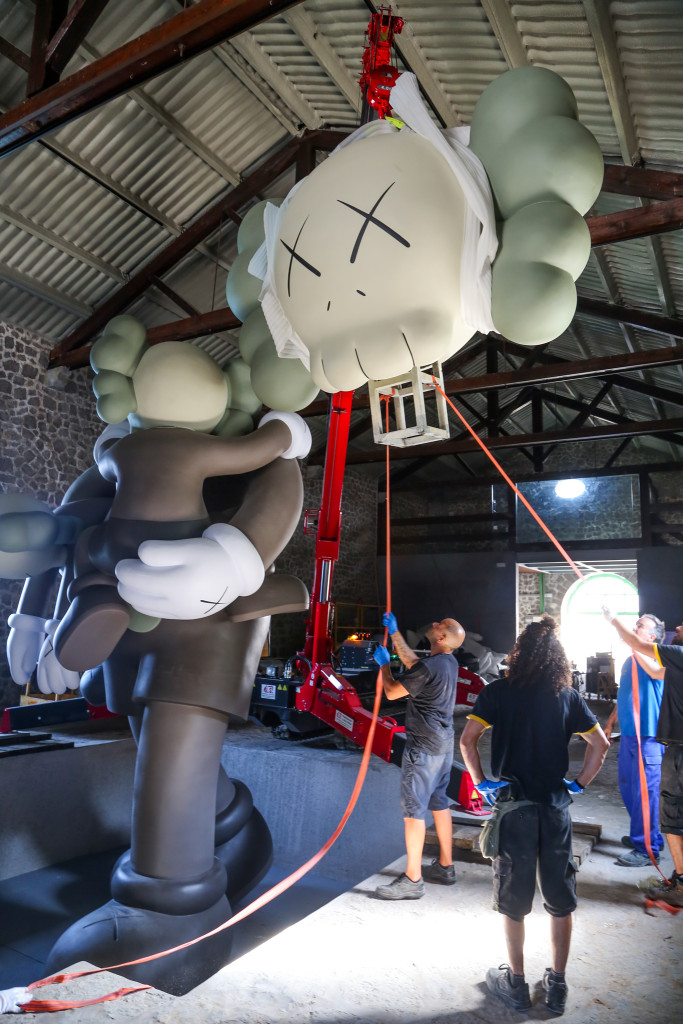 “I have been visiting Ibiza and from day one wondered how could I give back to the island. After 10 years I came across La Nave, and it was one of the answers – I felt it was the right time and space to make these pieces accessible to the public,” said Lio Malca. “My vision is to create an exhibition space that aims to not only be a celebration of the artwork it will showcase, but also to celebrate the island of Ibiza itself,” Malca said. 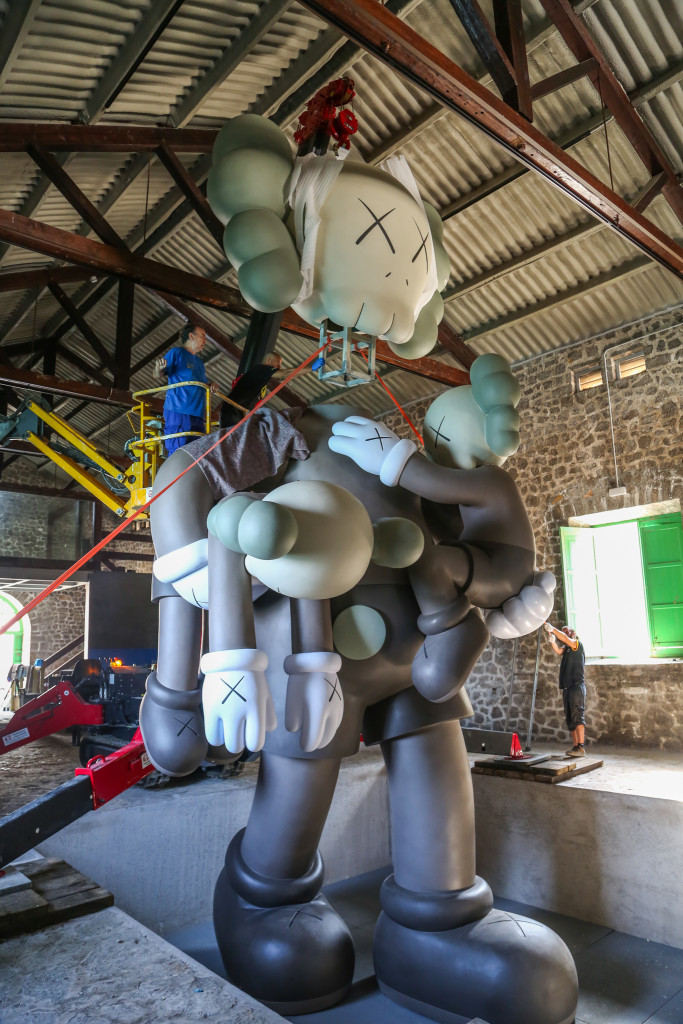 Malca transformed the old salt warehouse, La Nave, into an 8,000 sq. ft. exhibition space set along the Mediterranean Sea. The exhibition space embodies Lio Malca’s deep commitment to arts and culture, which transcends in all of his projects. 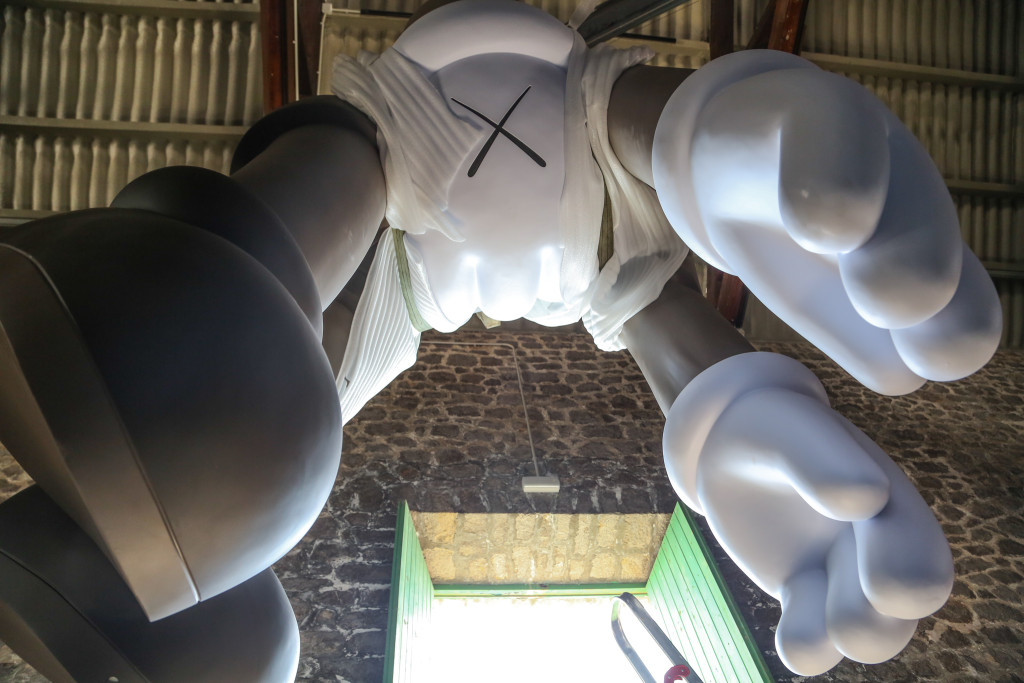 Since embarking in the New York art world in the early 1990?s, Lio started to show part of his young collection of work by Jean-Michel Basquiat and selected poems by Kevin Young with the exhibition called ‘Two Cents’; becoming a key player in establishing his early market.

In 1997, simultaneously to the Keith Haring retrospective at the Whitney Museum in New York, Lio produced the show ‘In Your Face.’ This show took place in a townhouse across from the museum, showcasing works by Jean-Michel Basquiat, Keith Haring and Kenny Scharf. Lio inaugurated, with these 3 artists what would become his specialty for the next decade and beyond.

He has since become a key lender and advisor to Basquiat and Haring exhibitions in the United States, Italy, France, Spain, Cuba, Argentina, Brazil, Canada, Japan, Taiwan, Korea, South Africa, and elsewhere. To this day, estates, museums, and auction houses seek out for his opinion on the value, authenticity, and provenance of Basquiat and Haring artwork.

As he contributed to the markets of Basquiat, Haring, and Scharf, Lio Malca continued to invest in emerging markets throughout the 1990’s, working closely with established art dealers and galleries, and supporting artists directly. Lio recognized the talent of some of today’s worldwide-recognized artists at an early stage of their careers, Vik Muniz among them.

In the last decade, Lio has created an eclectic art collection that comprises a wide range of artists from the 80?s until today?s most current, cutting edge and progressive artists to be found: Brody Condon, KAWS, Hung Chi Peng, Quayola, Mark Ryden, Holton Rower, Zilvinas Kempinas and selected artists from the Royal Art Lodge Group and others. 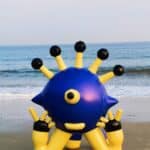