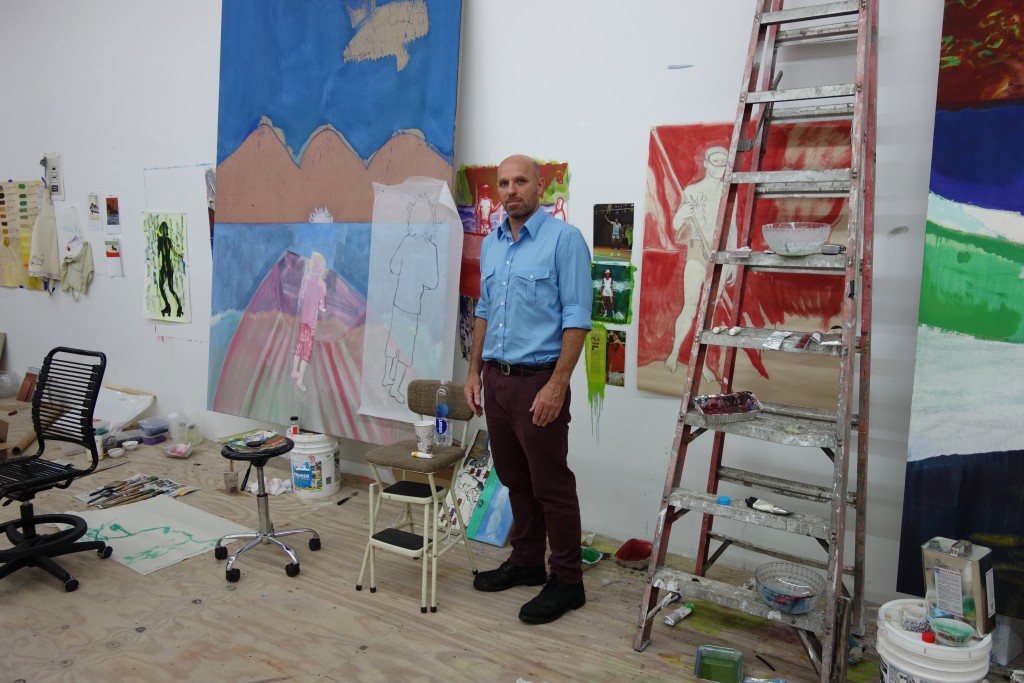 Peter Doig is a Scottish born painter, having also lived in Trinidad when he was younger returned to there to set up a studio after graduating from Saint Martins School of Art. He was nominated for the turner prize in 1994. This solo show, his first here in the beautiful city of Venice focuses on a number of recurring motifs and influences, a fisherman with a spear, a lion and the Knight.

Nicholas Serota in conversation with Peter Doig and a croissant …….. Who could pass up an opportunity to hear such an established artist talking about their work? The charming Nicholas Serota, deftly guided the painter through the show so that we could obtain a greater understanding of his inspiration.

Nicholas – I really only wanted to say a few words before we invite Peter to say something about the exhibition. Despite how busy he is, he has the appetite to keep painting and to show this body of new work. As an Artist Peter Doig takes risks, calculated risks. He is always pushing himself to new places, he has a huge variety of work, the pieces he is showing here highlight that great variety of work with vastly different scales. Obviously everyone recognizes a Peter Doig painting despite the absence of an absolute signature. When painting he is always pushing himself to new places, simultaneously letting go of things whilst adding new parts to his vocabulary. He Works so intensively on paper, sometimes his pieces include observations of other artist, for example Goya. He ties this all together with his own biography, his own fantasy and his own ability to pull together an extraordinary range of subjects and an incredible technique. It’s interesting to see some of these works on paper here, Peter’s technique is getting ever richer. It really is amazing having started working on watercolor on paper and then oil on paper you can feel this accumulation of experience, he never seems to stand still. I would like to invite Peter to talk about the show, the motivation behind this group of works and why Venice?

Peter  – How does one become an artist? In the early days you are constantly looking for inspiration, you are always carrying a little sketchbook around in your pocket. Many of my friends still do this today, constantly looking at things; you never really know where inspiration will strike and something you see captures your attention. The Lion motif which is in a number of these paintings came about from living in Trinidad, you can see the Lion motif here it has almost become a ubiquitous pop icon but also very folk in the sense that people are inspired to paint the lion on the walls. The painting called A Cloud On A Wall, Is inspired by a man I saw painting the lion of Judah on the wall. This lion is from the Rastafarian movement, but it’s also become a kind of stand in, for a kind of spiritual, Christ like figure. I’ve seen so many of them over the years and I’ve taken so many photographs, they often are very character full, either to do with the hand of the artist or just the interpretation of this animal. So that was the inspiration for a lot of these paintings. The big painting titled ‘Rain In The Port of Spain’ is actually for me quite a sad painting because it is about the city near where I live. This big yellow wall is actually the local jail which occupies the city, built some 150 / 200 years ago, Its very overcrowded you never see inside it, its locked shut. From the experience of people I know who have been in there it is absolutely awful, but the sounds of the city including the carnival kind of waft in and waft out, it has a real presence in the center of this city. Over the course of the last 15 years I have taken many photographs of these long walls. That painting is a mixture of looking at the lions cage In the zoo, observing the lion in the zoo and sort of turning it inside out with the lion on the exterior of the city jail. 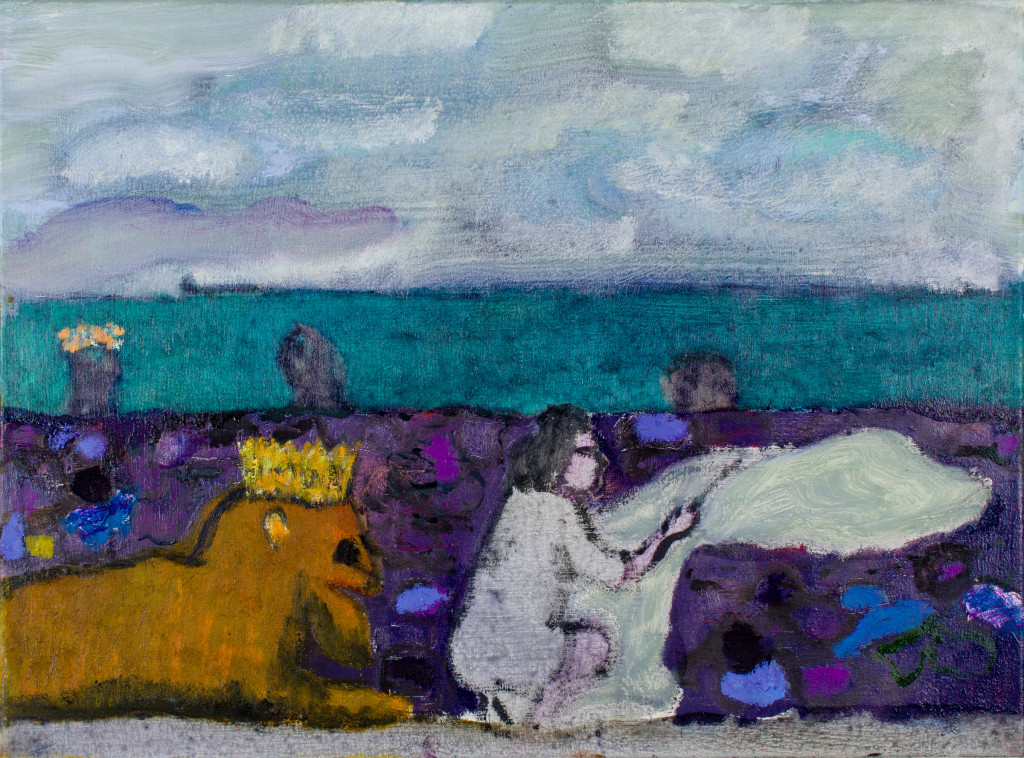 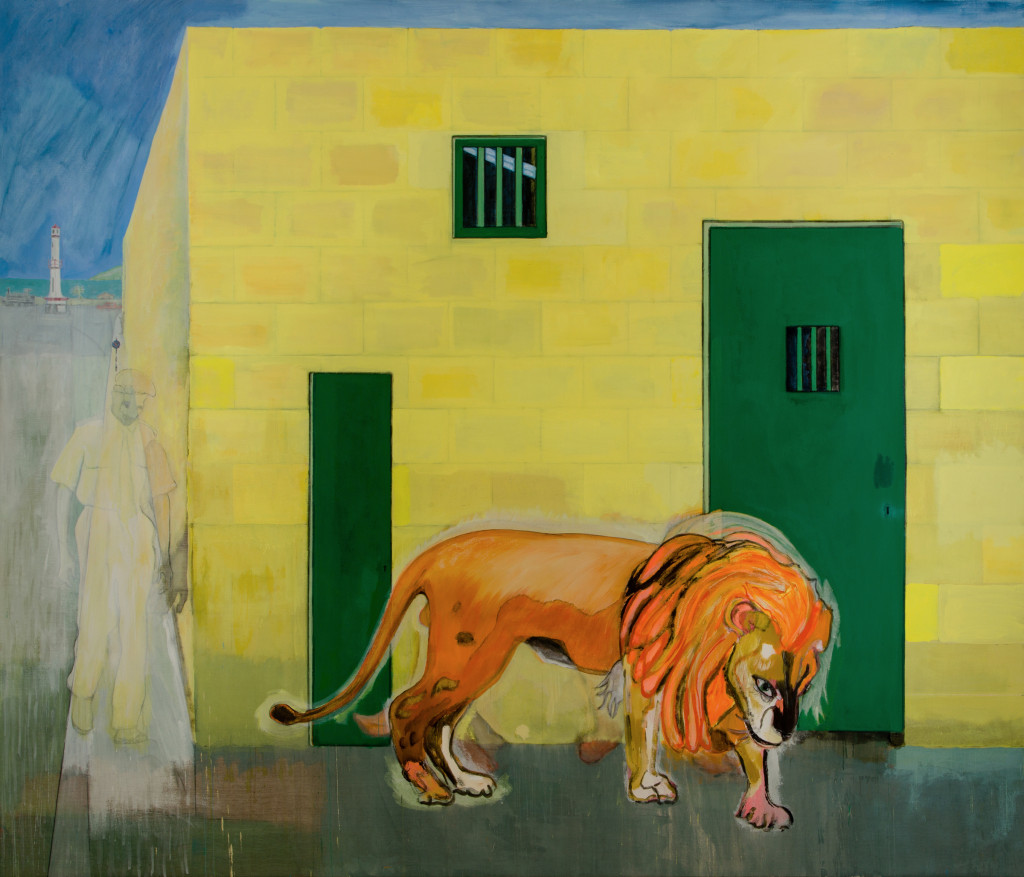 Peter – Works on paper are usually the first thing that happen, this is something that comes quite direct to me. For example the small painting on paper, the very spare one of the horse and rider that came before the actual horse and rider, the big painting evolved from that. I started the big painting and would make many many works on paper as the paintings developed. The small paintings often take as long as big ones funnily enough and they are often worked in a different way. I can actually be working on my lap, able to spin them around. It’s a different way of working than the big paintings. Big paintings you can’t physically work with them that way, the scale is very important, the scale within the picture but also dealing with the periphery, beyond the periphery I think is very important. One of the things I like about this gallery space is that we have 4 very large paintings and you can get very close to the paintings to experience the surface, in a way this is usual in big vista type galleries. Here, your face is on the surface and you actually see what is means to be a painter, you are actually dealing with the weave of the canvas and how light hits the paint on the side, things that you tend to forget about in many circumstances of viewing paintings. 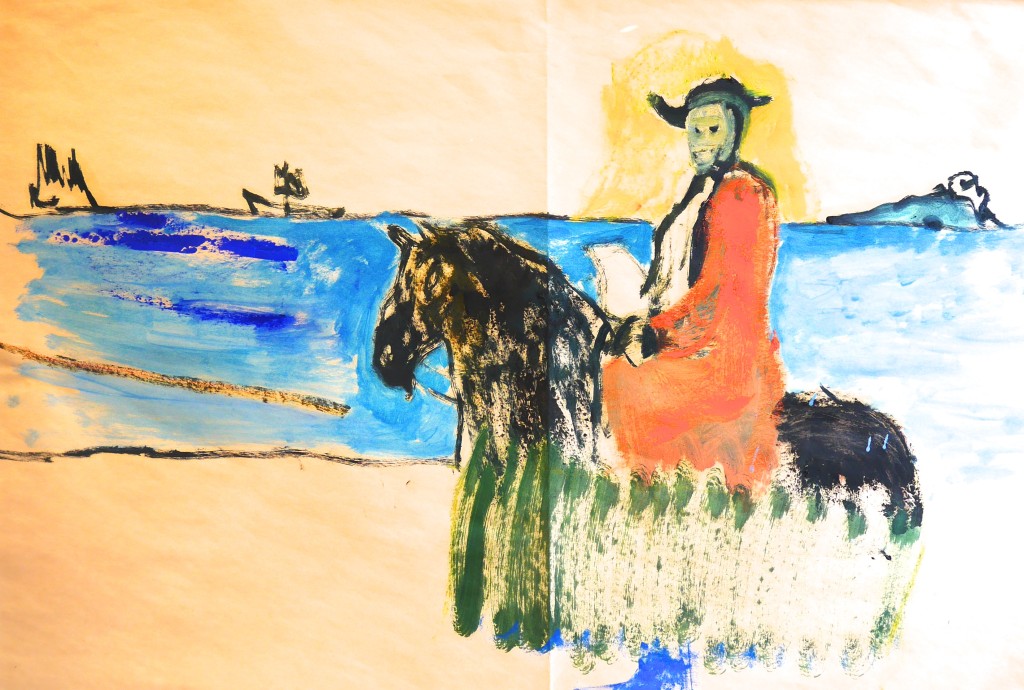 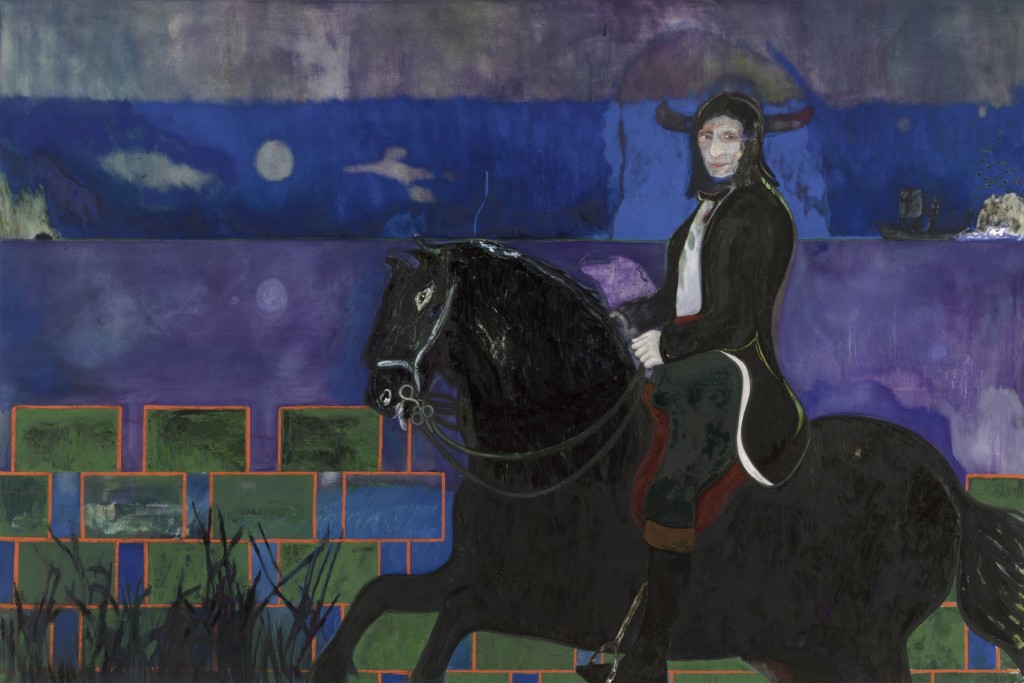 Horse and Rider , 2014  Oil and distemper on canvas

Nicolas – People have often said that your paintings have a very cinematic quality and here we are in Italy and im conscious of the fact that very recently they’ve reissued, in Britain at least, Fellini’s 8, 1/2 and the kind of fantasy that is expressed in that kind of cinema. What do you see as the relationship between cinema and your own work?

Peter – People may say that my paintings are cinematic in feel but I have only made one or two that make direct reference. Cinema is very important to me but a painting as apposed to a photograph is much more cinematic in the sense that it has all these layers of information that go beyond just the imagery that is depicted. The experience of making the painting, for example in the Horse and Rider painting there are so many things to look at that surprise even me because the passage of time that it took to paint.

Nicolas – Everyone makes film these days but no one is really talking about painting, so why do you keep painting?

Peter – I like painting because it’s just me doing it, that’s very special for me you don’t have to talk to anyone else about it, you don’t have to involve anyone else. Also I don’t have the type of narrative to make a film, people often say why don’t you make film because your paintings are so related to the cinema. I haven’t got a film to make, I have pictures to make but I haven’t go t a film to make…. at the moment. I think the bad man on the horse could be a film but at the moment it’s just a something that hopefully evokes a filmic type experience for the viewer.

Nicholas – The wonderful thing about a painting is the ambiguity of the painting. That is to say it can be read in so many different ways and then as you say it’s a still image and therefore its there also for contemplation. Were these paintings completed quickly or over a long period of time? Do you complete individual paintings quickly or do you sit in the studio looking at them for a long time? How do the drawings work in your process, do they come in when the painting isn’t making any progress and you find the need to go somewhere else?

Peter – The paintings in the most part take what I consider to be a long time, not a long time of labor but a long time of decision-making. I start paintings and then put them aside some of these paintings have taken 3 to 4 years to complete. I start paintings then if I get stuck I would ad elements over time. The decision-making in my type of painting involves becoming comfortable with areas over a period of time, and the drawings are an aid to make the next step in the painting. They all act as working drawings really. 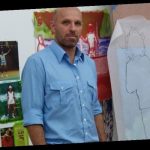 Peter Doig is collaborating with Kim Jones, for his Dior Fall/Winter 2021 collection. In the past, Kim Jones has proven success in teaming […]