B48 – Vigo, London: Ibrahim El-Salahi
–Pioneering Sudanese artist, featuring key and unseen works from the artist’s private collection, including Visual Diary of Time Waste Palace (1996-7) [first African artist to be the subject of a retrospective at Tate Modern (2013-14)]


Stuart Shave/Modern Art showed the work of artist Linder. A version of this image was used on the cover of the Buzzcocks’ 1977 single Orgasm Addict

C55 – Stuart Shave/Modern Art, London: LINDER (UK)
– Survey from 1970s to the present, including new work by this significant feminist artist, pioneer of collage and performance, showcasing her sensitive but subversive treatment of gender and sexuality. Coincides with publication of a new monograph on the artist. 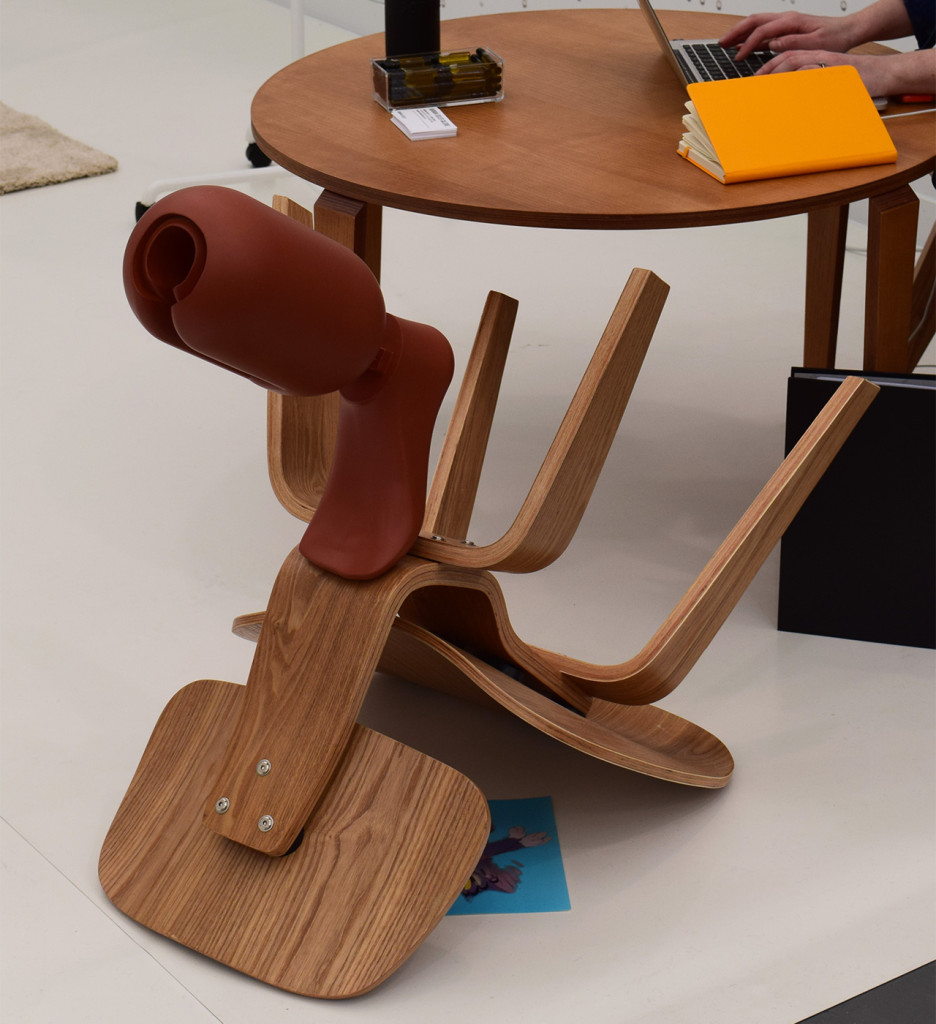 An untitled 2015 chair sculpture by Cécile B. Evans in Barbara Seiler’s booth at Frieze New York
B30 – Barbara Seiler, Zurich: Cécile B Evans
-Recipient of the Emdash Award at Frieze London in 2012, shortlisted for Pinchuk Prize (2014). An interactive video installation using new media (avatars and holograms) to explore a dialogue between technology and emotion; brings a distinctive element to the section 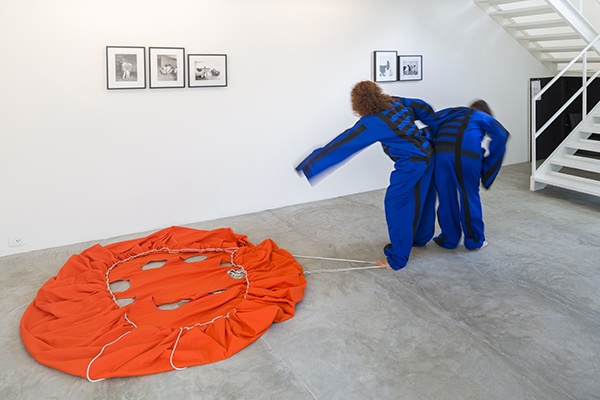 B25 – Galeria Jacqueline Martins, Sao Paulo: Martha Araújo
–Participatory installation (a restaging of 1985 project) inviting audiences to attach themselves to the installation by putting-on velcro bodysuits and throwing themselves on a skate ramp

Frutta, Rome & Limoncello, London – Unusual, joint presentation which features a collaboration between Gabriele De Santis and Yonatan Vinitsky (both newly co-represented by both galleries), working in each other’s studios during the months preceding the fair.