Meet Daata Editions, a new platform for art made with video, sound and web - FAD Magazine
Skip to content 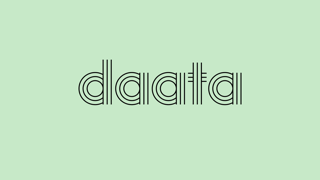 A new platform for collectors and enthusiasts to explore art made with video, sound and web has been announced today in New York.

Created by David Gryn, well known as Director of Artprojx and Curator of Film at Art Basel in Miami Beach working with London web agency  Studio Scasascia Daata Editions is a new online platform dedicated to the support, promotion and collecting of artists’ digital moving image and sound.

This new and innovative way to collect art is designed specifically to be a native platform to a new generation of artists who are working with video, sound, and web, and which are not easily exhibited in the traditional gallery context.

“Daata was born of a need seen by Gryn via his work as a curator, noticing the concerns of galleries, institutions, and collectors interested in artists working in moving image and sound. Daata Editions is a remedy to this, a new business that commissions and empowers artists to develop new work, and creates a seamless and playful platform for collectors and viewers to access and experience this material.”

Daata Editions will be launching by commissioning 18 artists to create six new – video, sound or web artworks each. All of the works, each in an edition of 20, will be available online for sale and research.

Daata Editions will launch during May art fairs in New York include a viewing area at NADA, and programming partnerships with Salon 94 and Soho House New York.