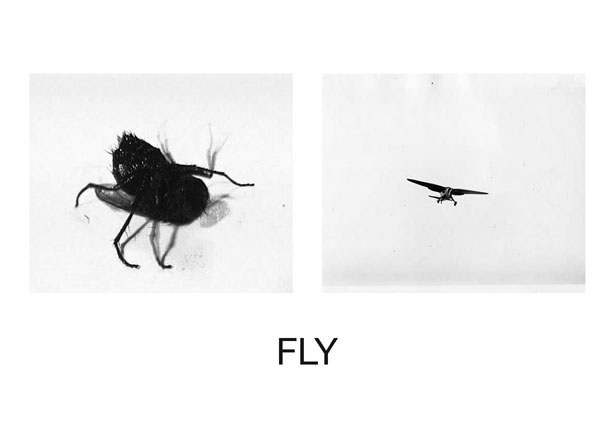 Last month, Silverprint gallery in Elephant and Castle saw the opening of a conceptual group show exploring the notion of the photographic image through everyday found objects, appropriated imagery, and text. Titled after a quote by Samuel Beckett from his second play Endgame, the show explores 8 London based artists’ interpretation of the photographic medium over a period of 6 weeks. Each artist has created a series of 30 images that adorn the walls of the space like giant calendars – each day a new image will be revealed and the old one torn off, creating an archive for the audience to engage with.

Arranging a set of related photographic images to create changing narratives has historically often been incorporated in photo based art, in the 21st century most notably by artists such as Baldessari. The group of artists behind Finished, Nearly Finished have extended this experiment by bringing together numerous bodies of work over a continued period of time to remind us of the gap between what we see and what we know.

Other series, such as Samuel Taylor’s series 30 Homographs, combine photography with language, taking words that share the same written form but have a different meaning. Each print takes the written word juxtaposes its various meanings through images that have been found online – the process of sourcing the images becomes part of the process as search engines cannot distinguish the intended meaning of the the homographic word. It becomes a game, and is intended as a puzzle for the viewer. By unpacking and disambiguating the language, we are forced to confront our unproven faith in both text and image.

Combining imagery with written text has a long history in art, from biblical images to the work of twentieth century surrealists. People quickly learned that the fusion of the two created meanings beyond the power of words or pictures alone.

Similarly, combining photographic images with elements of painting or drawing can create something larger than either on its own. Jean Feline’swork is composed of a selection of photographs and video stills recorded in 2 spaces: his home and his old studio. The images record the artist’s relationship with the surrounding spaces and the traces that remain: textures, trinkets, and reflections.The images are then overlaid with transparencies, completing the 30 day calendar format and acting as a touch of manual juxtaposed with the digital. By collaging the photographs with seemingly unrelated transparencies, rather than painting directly onto the surface of the photographs, he is able to create a different narrative without distorting the original image – one acknowledges dominance over the other, yet they coexist as a series.

The decision to present each artist’s series of images in a calendar format is particularly interesting, because although no two days of the show are the same, the viewer can opt to look through the rest of the calendar and interact with the entire collections as an archive – this option is characteristic of today’s instant access to scroll through online imagery, but the physical act of lifting the giant pages on the wall slows the process down, giving more room for reflection.

And so, grain upon grain, one by one, “Finished, nearly finished” is now in fact nearly finished – 4 weeks of changing images have whizzed by, the show is currently in it’s last week and runs until the 17th of April.
Silverprint 120 London Road London SE1 6LF