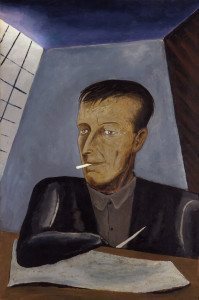 The sun always shines on Hastings!

And yesterday was no exception – As the press gathered to listen to the opening speeches, the early spring rays burst through, casting a utopian glow on this little beachside gallery.

Small in physical size it might be, when compared to the big boys of the Tate and RA, but, big in ambition and determination to put on quality, relevant shows it most certainly is and the “In Focus: Edward Burra – A Rye View” exhibition is another perfect strike; especially when juxtaposed against the Chantal Joffe solo show on the ground floor.

The Edward Burra exhibition is the manifestation of an idea Jerwood curator Lara Wardle had prior to the Gallery opening back in March 2012. Whilst taking some “thinking space” away from the planning for the new gallery, she happened upon Edward Burra’s The Harbour, Hastings at Pallant House Gallery, West Sussex and the first seeds for what has become this “In Focus” capsule exhibition were sown. 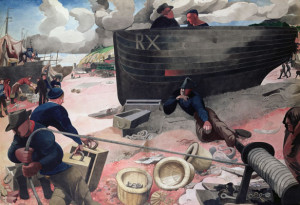 The Harbour, Hastings (1947), depicts Hastings’ lively beach-launched fishing fleet, the same beach and the same fleet that the Jerwood Gallery sits next to today.

“I new I had to bring this work back to Hastings and I am delighted and grateful to Pallant House, the estate of Edward Burra and Lefevre Fine Art, London for supporting me in this ambition ” – Lara Wardle

The ‘In Focus’ series always begin with a work from the Jerwood collection and in this instance it is The Churchyard, Rye, 1959-61, which has been part of the Jerwood Collection since 2010. A large watercolour depicting the churchyard in the centre of rye and featuring black “Matisse” type figures, described by some as sinister.

Edward Burra (1905-1976) was one of the most enigmatic and intriguing British artists working during the 20th century. 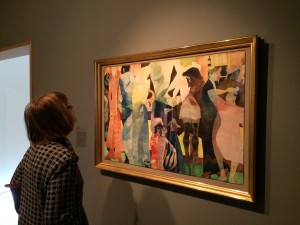 A Rye View brings together a group of his watercolours depicting the East Sussex coastal towns of Hastings and Rye, alongside other works including prints and archive material.

Burra’s family home, Springfield Lodge, was on the outskirts of Rye and Burra was a frequent visitor to Hastings throughout his life.

Although Burra loved to travel, he suffered with health problems from a young age, which forced him to spend periods of time recuperating at home. To help cope with the discomfort caused by chronic arthritis, Burra worked in watercolour rather than oil paints, because he found the oils too heavy for his hands. 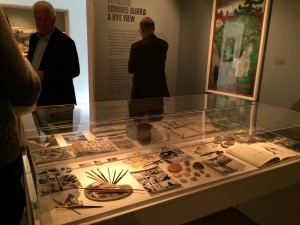 This small, well curated exhibition gives an intimate glimpse into the mind and motivation of the man. The generosity of the RYE Art Gallery, in loaning personal artifacts such as his sketch books, pallet and brushes, also makes an invaluable contribution. 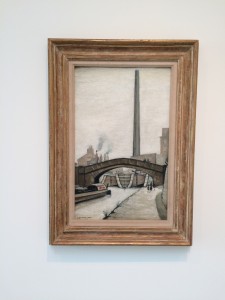 Despite initial resistance, the Jerwood Gallery is actually proving to be a real asset for Hastings. Due in no small part to the firm guiding hand of the gallery team, the quality of the permanent collection, which includes work by Sir Stanley Spencer, L S Lowry, Walter Sickert and Augustus John, and these regular Hastings relevant, feature exhibitions.

You cannot fail to find something inspiring, whatever your tastes, and the excellent Webbes Café, run by local ‘celebrity chef’ Paul Webbe, ticks the essential “fish and chips on the beach” box, whilst providing valuable protection from the omnipresent seagull fraternity! 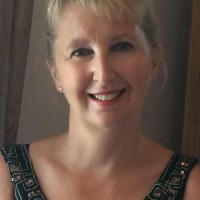