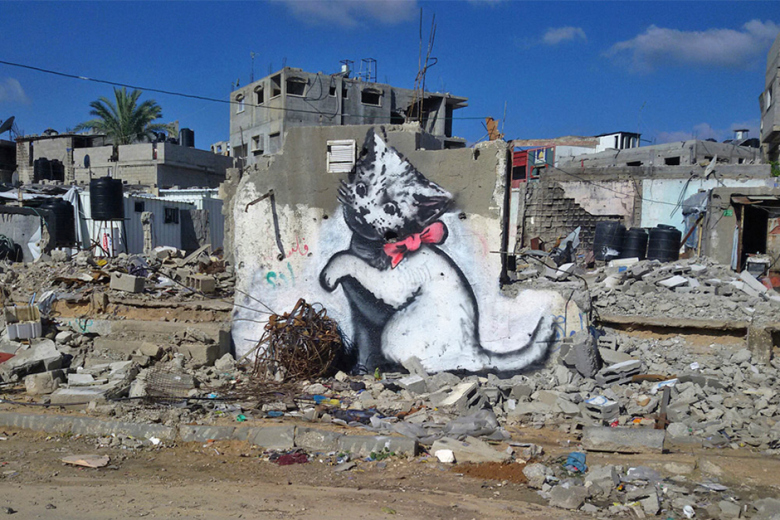 Banksy has just announced the beginning of a new project that satirises the conflict within the embattled Gaza area. In a mock tourism campaign, Banksy uses dark humor to shed light on the devastation caused by Israel’s Operation Protective Edge last year and the resulting destitution within the volatile region.