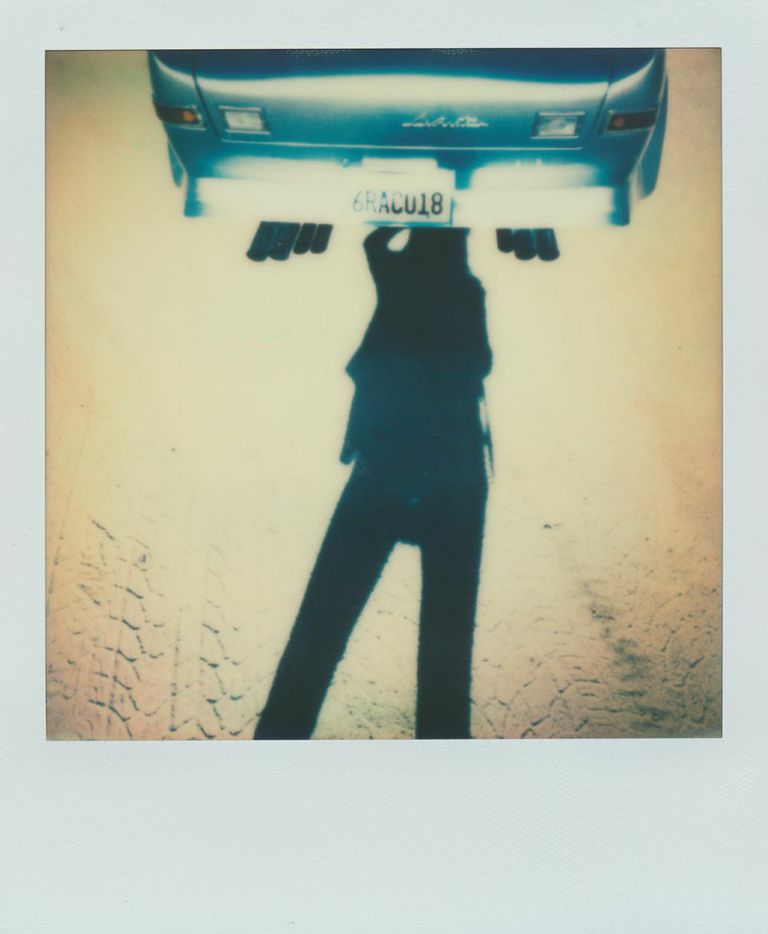 To celebrate the launch of its latest product, the Instant Lab Universal, which transforms digital images on Apple iOS or Android smart phones and tablets into classic Polaroid-type instant photos, Impossible is launching 8 x 8, an exhibition of eight works each from eight distinctive instant photographers.

Impossible has selected the eight artists from the USA, and Europe and challenged them to create eight pictures using the Instant Lab with any of Impossible’s colour or b&w 600 or SX-70 films.

The artists that have been invited by Impossible to contribute their work to the limited, three-day exhibition at The Hoxton Gallery in London are:

Alison Mosshart (US): One half of famed band The Kills, Mosshart has been shooting Polaroid-type film since she was a child. Her eight pieces focus on her diaristic observations of road trips and her home in LA.

Scout Willis (US): Artist and daughter of actors Bruce Willis and Demi Moore, Willis found fame as the most public activist of the U.S.-based feminist campaign, ‘Free The Nipple’. She explores intimacy and youthful sexuality in her eight images.

Chuck Grant (US): Grant describes her sister, singer/songwriter Lana Del Rey, as her muse. Her work has been featured in The New York Times and Complex.

Paulina Surys (POL): Sury’s work involves the physical manipulation and collage of analogue instant photographs. The baroque, almost mythical nature of her work derives from her formal training as a fine art painter.

Elegia (UK): The Scottish-born, self-taught photographer focuses on the female body, often in unflinching self-portraits. She also plays with the unpredictable nature of Impossible film.

Andrew Millar (UK): Birmingham-born Millar has developed a style that is a haunting mix of reality and fantasy. His eight pieces feature, among other things, tiger-headed women and menacing sharks.

Oliver Blohm (DE): Berlin-based fashion and portrait photographer Blohm has pushed the technical durability of Impossible film to the limit. A previous show of his focused on instant images that had been microwaved, and partly melted or burned.

The idea of 8 x 8 was inspired by the fact that each pack of Impossible film has just eight photos.
Impossible has always taken an innovative approach to analog photography, exerting an influence on visual culture that is greater than the relatively small size of the company and successfully shifting popular taste from the virtual to the visceral with a wide range of color and b&w films for Polaroid SX-70, 600 and Image-Spectra cameras, large-format 8×10, and its own-branded hardware, notably the Instant Lab Universal.

8 x 8 takes place at The Hoxton Gallery, London E2 and is open to the public from 20th February for just three days.

About Impossible
The Impossible Group is a fast-growing young company with employees in Austria, Germany, the Netherlands, Britain, France, the USA and China. Its core products are Polaroid™-format instant film, refurbished Polaroid™ cameras, and our own-designed range of analog instant cameras.

In 2008, the ‘Impossible Project’ purchased the last factory in the world manufacturing Polaroid™ instant film. In 2010 it began producing re-formulated versions of iconic Polaroid™ formats including SX-70, 600, Image/Spectra and larger 8×10 film.

Impossible produced and sold over one million films in a single calendar year for the first time in its history. Now, at its creative headquarters in Berlin, Impossible continues to re-design analog photography for a digital generation.