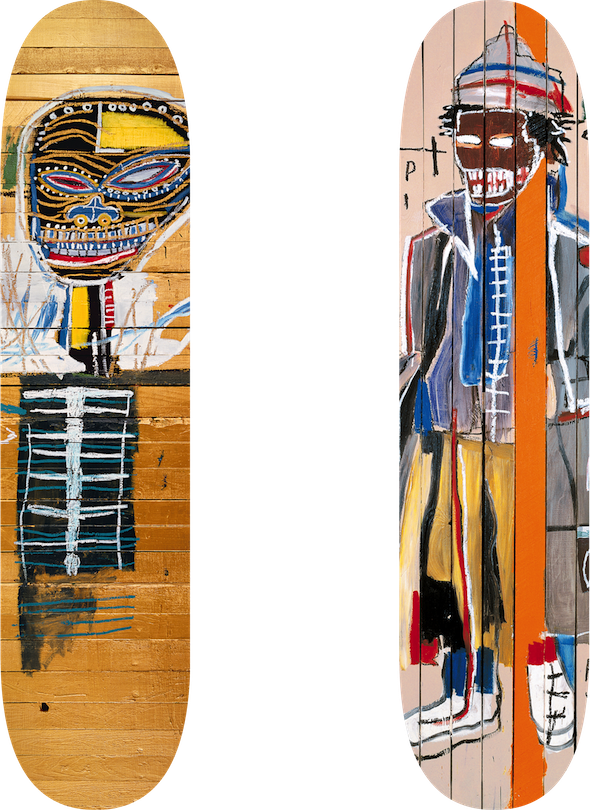 Before Jean-Michel Basquiat rose to art stardom in the early eighties, his work was already legendary on the streets of Soho. Under the tag SAMO, Basquiat’s fragmented poetry and poignant symbols established a visual language that continues to inspire a new generation of graffiti artists today. 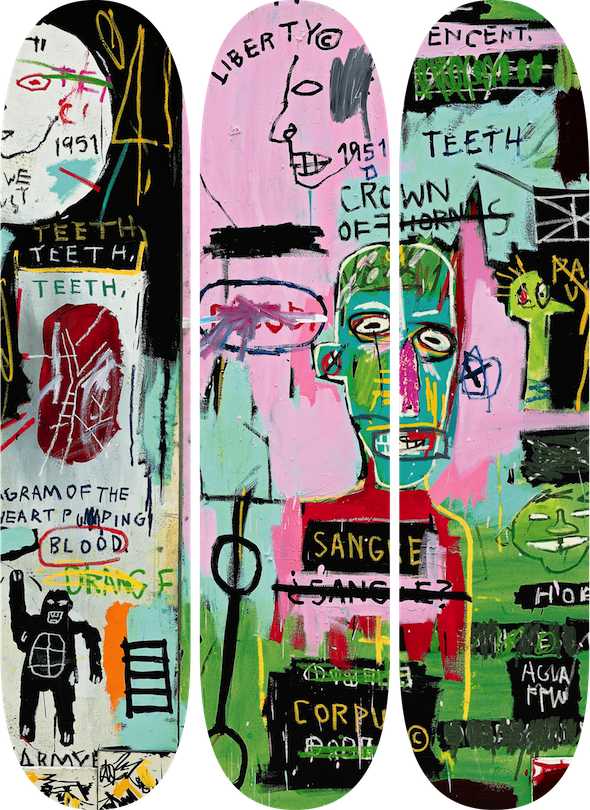 The Estate of Jean Michel Basquiat and Skateroom have collaborated on this collection of Skatedecks.
Part of the collection can currently be seen at MOMA design stores in New York and at Colette in Paris. 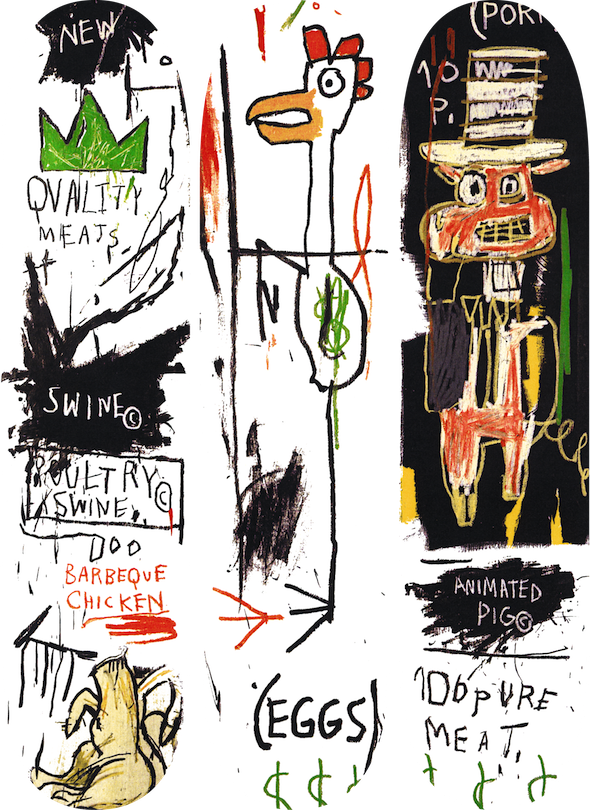 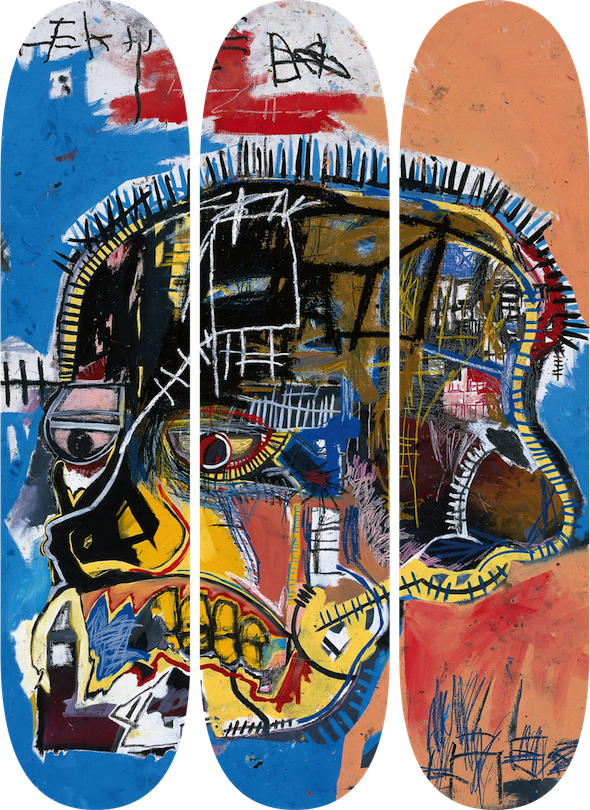