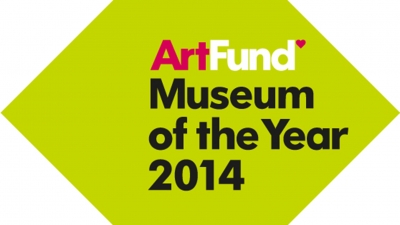 The search begin for the winner of the Art Fund Prize for Museum of the Year 2015. Announcing the plans for the 2015 Prize, Stephen Deuchar, director of the Art Fund and chair of the judging panel, revealed the line-up of the Panel: Michael Landy, artist; Alice Rawsthorn, design critic and author; Fiammetta Rocco, books and arts editor of The Economist, and Axel Rüger, director of the Van Gogh Museum in Amsterdam.

The 2015 Prize ceremony will take place in the Turbine Hall at Tate Modern on Wednesday 1st July 2015, before an invited audience of leading figures from the fields of culture and museums.

The £100,000 Art Fund Prize for Museum of the Year is the largest arts award in Britain and the biggest museum prize in the world. It is awarded to the museum or gallery in the UK that is judged to have best demonstrated excellence, innovation and imagination. Submissions are now open for the 2015 Prize. The shortlisted museums will be revealed on Thursday 23rd April 2015.

“The UK is home to the world’s finest museums. Our arts, culture and heritage are internationally admired and we are home to some of the world’s brightest and most creative minds. The Art Fund Prize for Museum of the Year is a showcase for the groundbreaking work that we see across the country each year. This is an important opportunity to celebrate the best that British museums and galleries have to offer.”

The Art Fund
The Art Fundis the national fundraising charity for art, helping museums to buy and show great art for everyone. Over the past five years we’ve given over £26m to help museums and galleries acquire works of art for their collections and placed hundreds of gifts and bequests, from ancient sculpture and treasure hoards to Old Master paintings and contemporary commissions, with 25% of grants going towards works by living artists.

The Judging Panel
Dr Stephen Deuchar
Stephen Deuchar has been the director of the Art Fund since 2010, having previously served as the founding director of Tate Britain from 1998. Prior to working at Tate he spent 12 years as a curator and exhibitions director at the National Maritime Museum.

Michael Landy
Michael Landy studied art at Goldsmiths College and exhibited at Damien Hirst’s iconic Freeze exhibition in 1988. He is best known for his piece Break Down (2001), in which he destroyed all of his possessions at a disused shop on Oxford Street. Recent projects include Art Bin at South London Gallery (2010) and Saints Alive at the National Gallery (2013), where he was the Rootstein Hopkins associate artist in residence. He was elected a member of the Royal Academy in 2008.

“As the National Gallery’s artist-in-residence from 2010 – 2013, I have been lucky enough to step behind the curtain to see how a museum works behind the scenes. The Museum of the Year prize is a wonderful opportunity for us to celebrate British museums and explore just what it takes to makes a museum stand out.”

Alice Rawsthorn
Alice Rawsthorn writes about design in the International New York Times and Frieze magazine, and is the author of the critically acclaimed book Hello World: Where Design Meets Life. Alice was director of the Design Museum in London from 2001 until 2006. She is a trustee of the Whitechapel Gallery and the dance group Michael Clark Company, as well as chair of trustees at the Chisenhale Gallery. She was awarded an OBE for services to design and the arts in 2014.

Fiammetta Rocco
Fiammetta Rocco has been the books and arts editor of The Economist since 2003. She was born in Kenya to French-Italian parents and read Arabic at Oxford University. Her journalism has won awards on both sides of the Atlantic and she has been named British Feature Writer of the Year. In December 2013, The Economist published Temples of Delight, her 10-page special report on the future of museums.

Axel Rüger
Axel Rüger has been the director of the Van Gogh Museum in Amsterdam since 2006. Previously he was curator of Dutch paintings at the National Gallery, London, and has worked at the Royal Court Theatre, Sotheby’s Berlin and several art galleries in the USA. He studied art history at Freie Universität, Berlin, and Cambridge University.

Art Fund Prize for Museum of the Year 2015 photography competition:
Members of the public are invited to submit their personal photographs of the shortlisted museums. The competition will open on 23 April 2015, the day that the shortlist of finalist museums is announced. Martin Parr will select the shortlist of photographers, one for each finalist museum.
The winning photograph, as chosen by the public, will be printed in Art Quarterly magazine and will also appear on the Art Fund website. Closing date 1 June 2015. 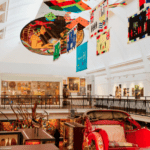 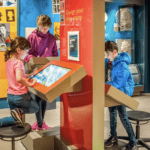 Art Fund Museum of the Year 2022 now open for application.

People in the UK plan a massive 66m trips to museums & galleries this summer.

People across the UK are planning a massive 66m trips to museums and galleries this summer, as lockdown lifts and […]