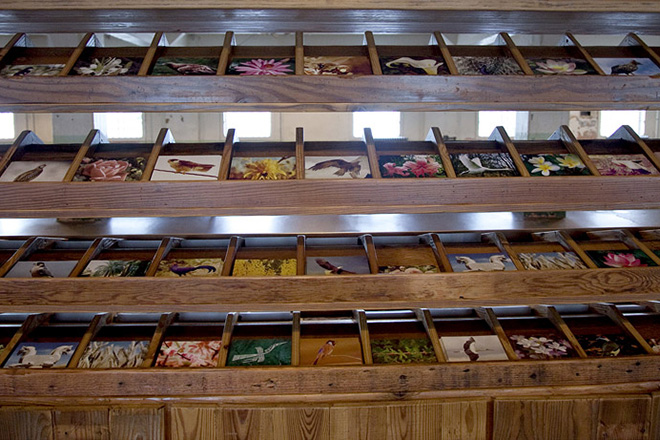 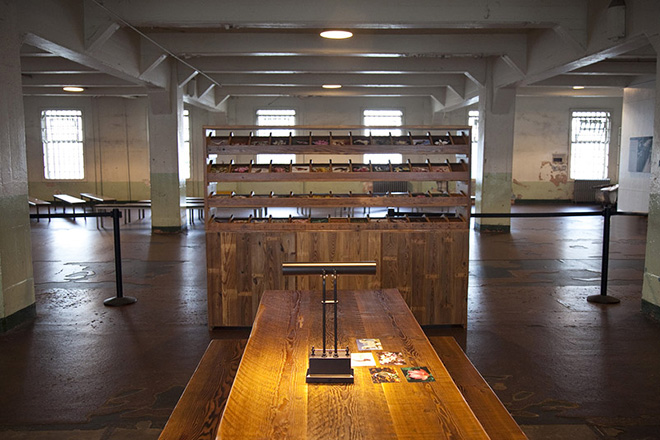 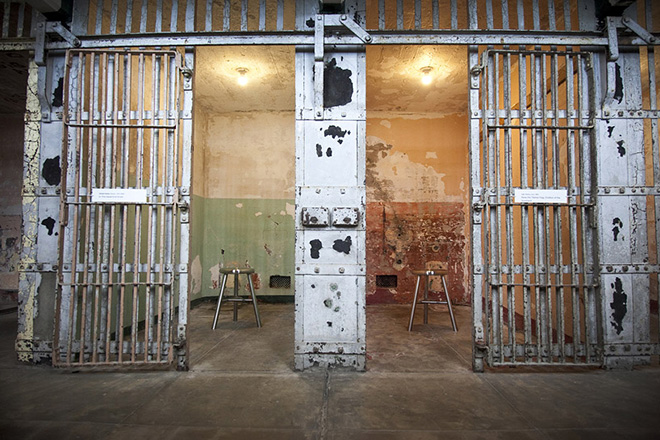 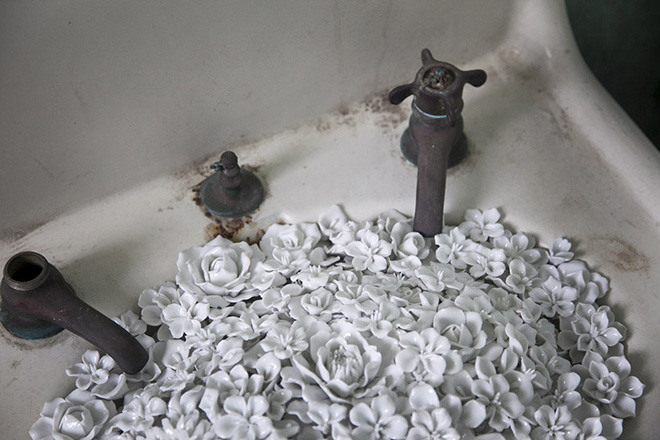 The Chinese artist Ai Weiwei is internationally renowned for work that defies the distinction between art and activism. In this exhibition of new works created specifically for Alcatraz, Ai responds to the island’s layered legacy as a 19th-century military fortress, a notorious federal penitentiary, a site of Native American heritage and protest, and now one of America’s most visited national parks. Revealing new perspectives on Alcatraz, the exhibition raises questions about freedom of expression and human rights that resonate far beyond this particular place.

Ai’s sculpture, sound, and mixed-media installations occupy four locations in the former prison: the New Industries Building; a group of cells in A Block; the Hospital; and the Dining Hall. With the exception of the Dining Hall, these areas are usually restricted to the public, but all are open throughout the run of the exhibition. @Large turns Alcatraz into a space for dialogue about how we define liberty and justice, individual rights and personal responsibility. In artworks that balance political impact with aesthetic grace, the exhibition directly and imaginatively addresses the situation of people around the world who have been deprived of their freedom for speaking out about their beliefs — people like Ai himself.

A vocal critic of his nation’s government, Ai was secretly detained by Chinese authorities for 81 days in 2011, and is still not permitted to travel outside China. As a result, the artist was unable to visit Alcatraz during the planning of this exhibition; he has developed the artwork at his studio in Beijing, with the help of the FOR-SITE Foundation. Ai has embraced the ironies of creating site-specific art for a place he couldn’t see, and of celebrating free expression while working under severe constraints. Conflict and struggle have only galvanized the artist’s commitment to art as an act of conscience. With this project, he aims to expand our understanding of “the purpose of art, which is the fight for freedom.”

“The misconception of totalitarianism is that freedom can be imprisoned” said Ai Weiwei. “This is not the case. When you constrain freedom, freedom will take flight and land on a windowsill.”

Ai Weiwei’s @large exhibition will be on show until 26 April, 2015.
www.for-site.org/project/ai-weiwei-alcatraz/ 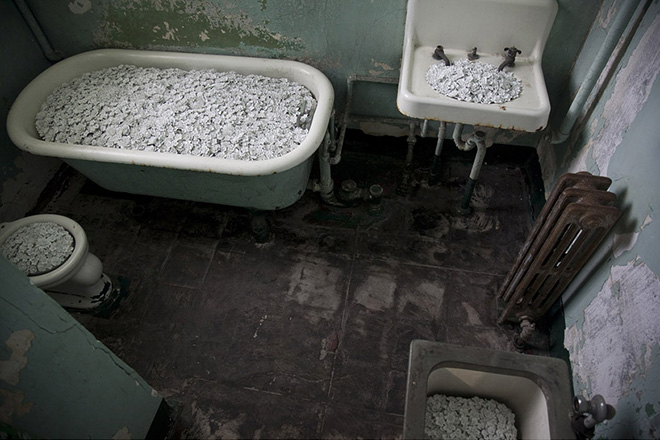 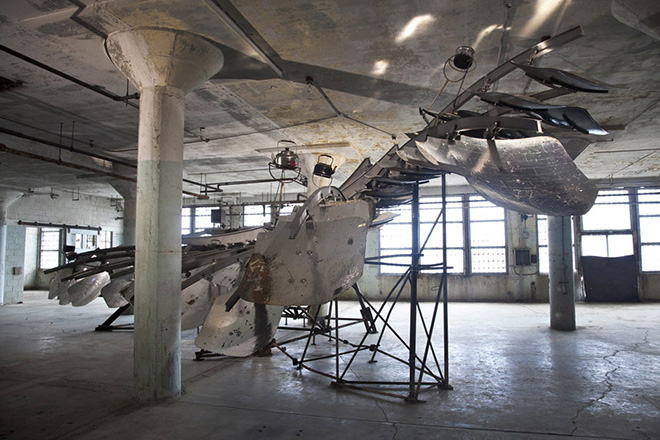 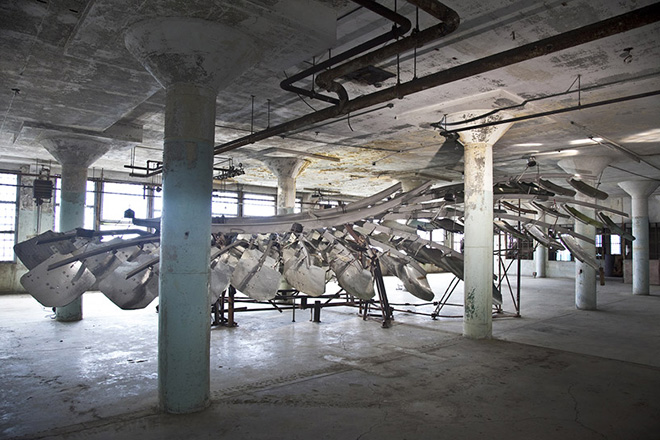 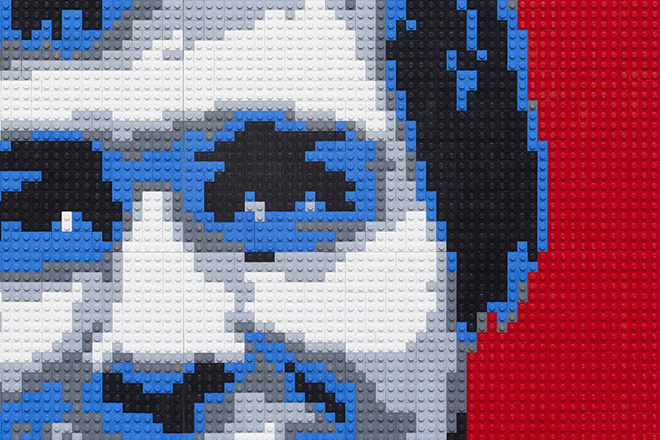 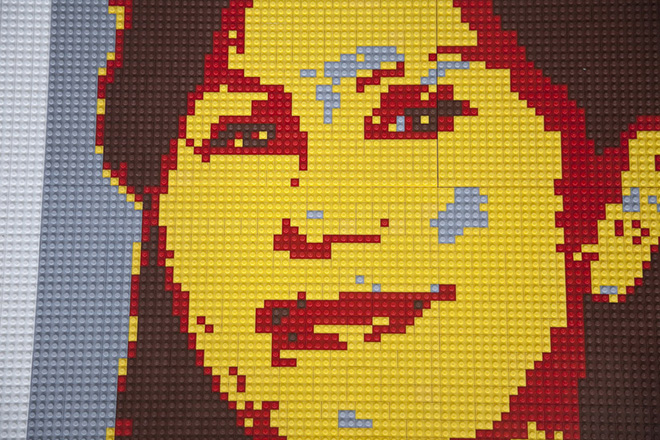 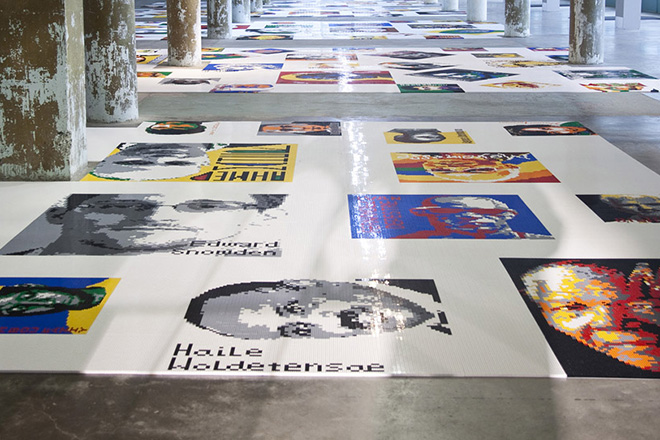 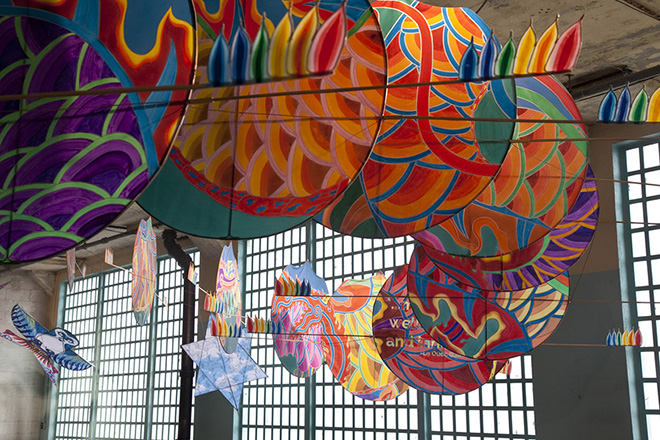 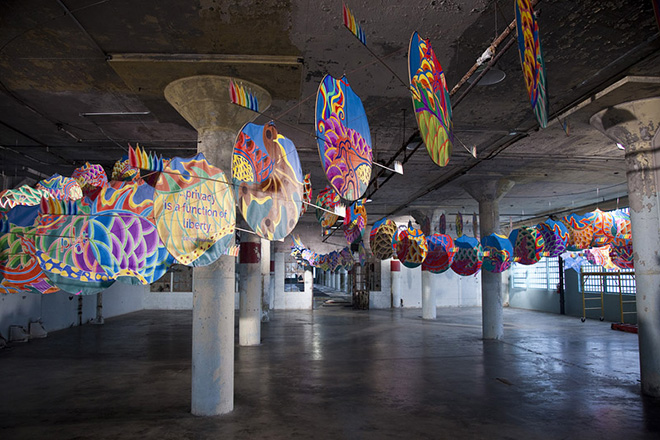 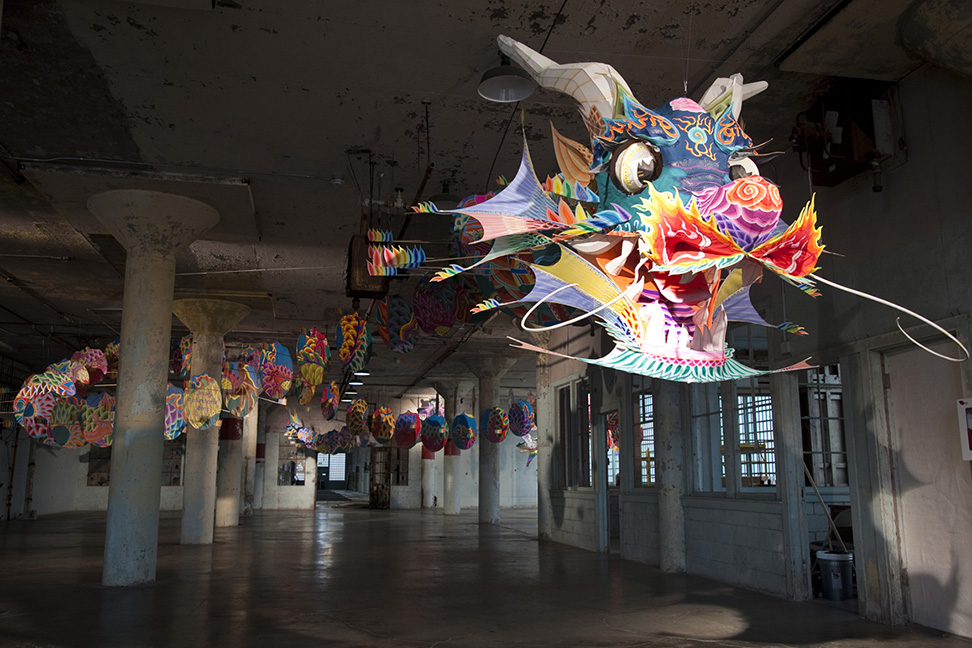 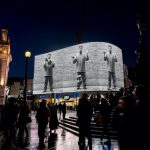 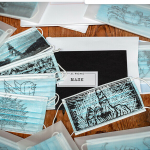 Ai Weiwei has launched a new initiative in collaboration with eBay, the artist and activist is selling limited-edition protective masks created in his studio in Berlin