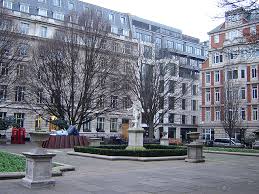 Herald St gallery, which is based in Bethnal Green in east London, is due to open a temporary space in the heart of Soho. It is due to open its new outpost in Golden Square off Piccadilly later this month in time for Frieze.

The temporary venue will form part of a burgeoning gallery quarter: Frith Street gallery, which celebrates its 25th anniversary this year, was the first major gallery to move to Golden Square in 2007; and next month the New York dealer Marian Goodman will inaugurate her new 11,000 sq. ft premises on the square (15th October) also Last September, Sadie Coles gallery opened a second London venue in nearby Kingly Street.