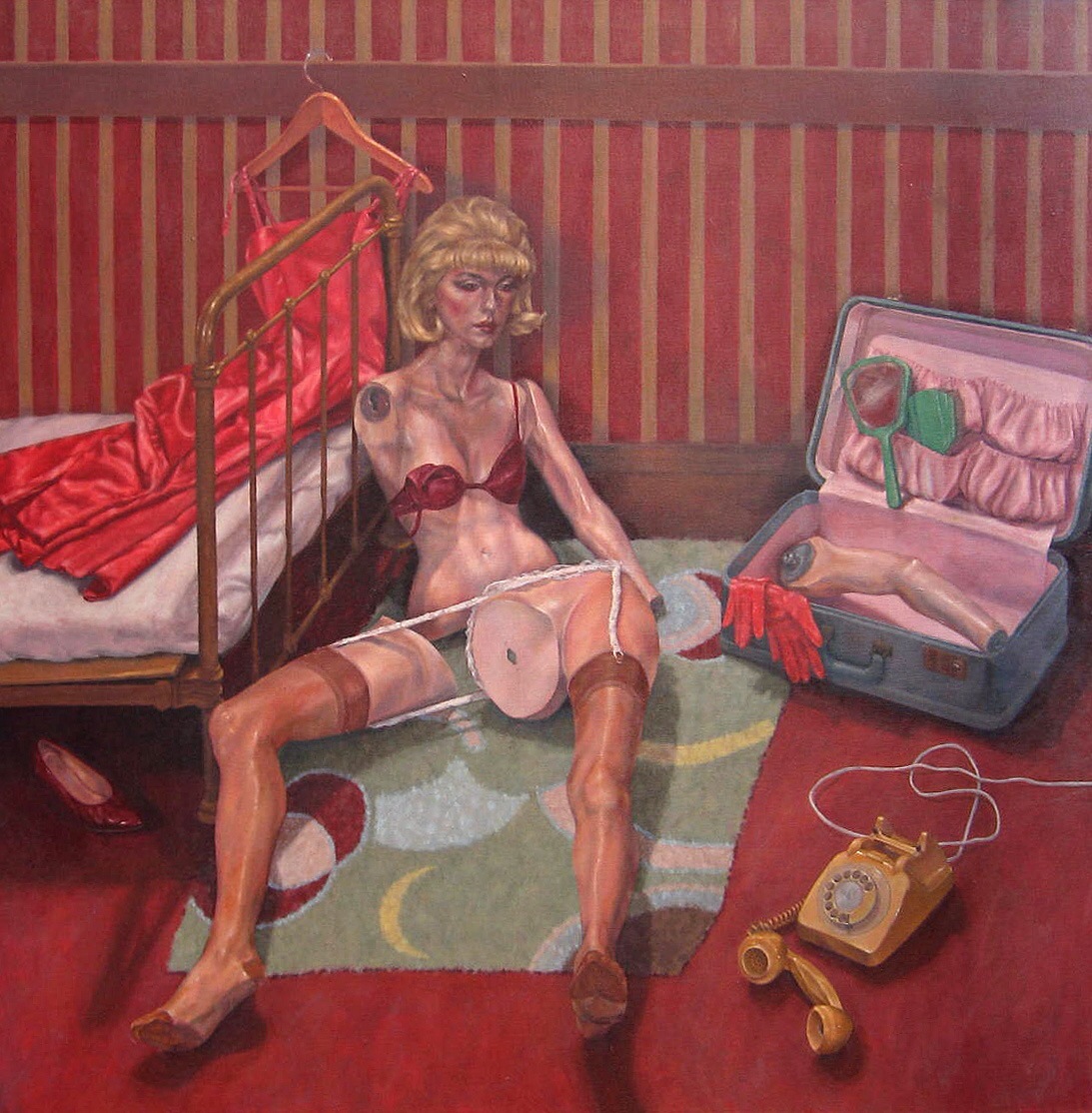 “In the National Portrait Gallery’s annual exhibition of young painters’ work I have for some years now always looked first for Roxana’s offering. She has never won the prize that she so much deserves, but that has been the fault of the shallow judges who in haste have failed to recognise her discerning draughtsmanship and honest ability to paint, who have not read the eerie narratives behind the portraiture, who have been too dull-witted to share her passionate melancholy.”

Alongside her commitment to the painted image, Halls’ work is characterised by curiosity for key cultural trends. Exposing where gender and class norms slyly intersect, the artist circumscribes a repertoire of legitimate actions available to the modern female. Today, seemingly endless proliferations of personae are available for adoption by women: yet the invisible boundaries of self censure and fear of ‘inappropriateness’ refute those possibilities. In Halls’ work, Foucauld’s idea of a ‘surveillance society’ (with its internalised rules of conduct) is underpinned by a feminist confrontation of a contemporary culture that still appraises, influences and polices women’s behaviour. This is evident, for example, in the nostalgic appropriation of the role of demure home baker, or the online admonishment of women eating in public places. 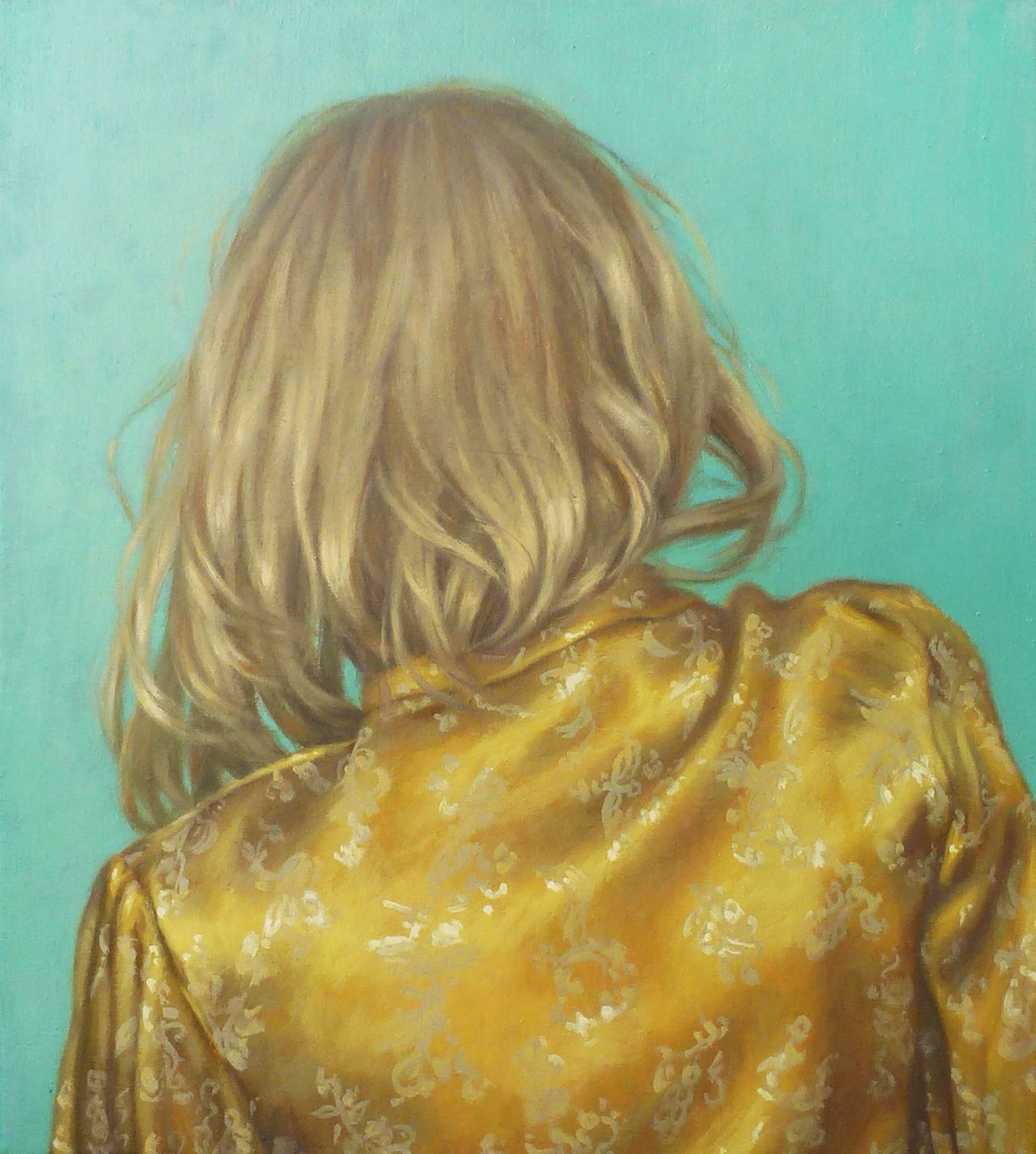 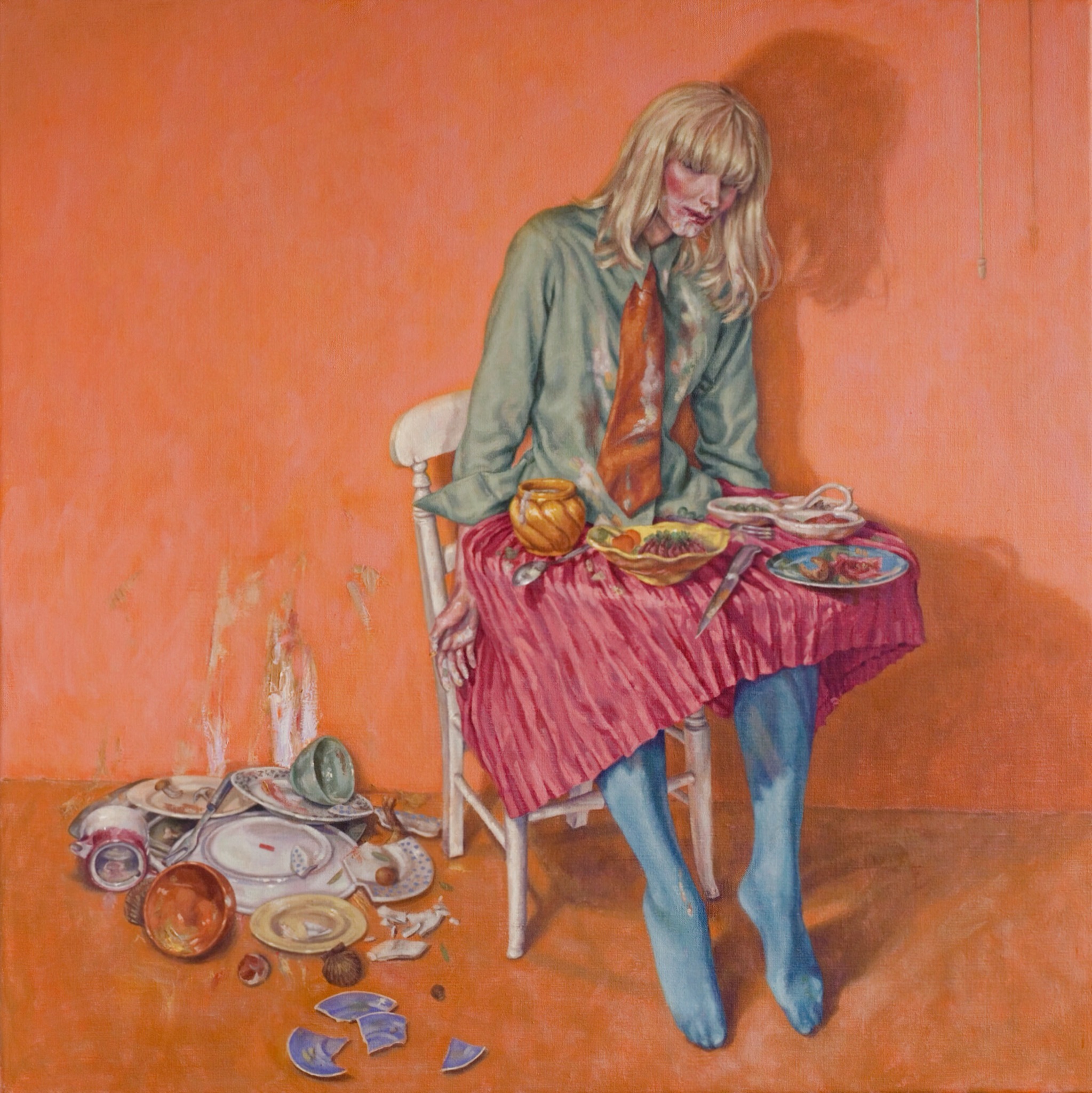 Halls’ second solo exhibition at Hay Hill Gallery focuses in on uncharacteristic, devil-may-care attitudes to appetite. The works are a wry observation of the push and pull of modern society’s expectations, swinging from quiet introspection to wild exhibitionism- and back again. Leaving behind their unmanageable emotional excesses, the female subjects are freed from their overwhelming fears, open mouthed in anticipation of a feast. Oranges spill out from a woman’s shirt as it unbuttons itself; a beauty queen takes the first bite from her prize bouquet; a golden haired girl floats away from a telephone conversation; arms snake out from under a tablecloth like an octopus or Indian god. These women have recovered from a paralysing state of longing. Caution is thrown to the wind and their true natures are unleashed.

Inspired by J. M. Charcot’s defined phases of a hysteric episode, Halls’ arresting piece Twelve Hysterical Women is a tongue-in-cheek take on the The Iconographie Photographique de la Salpêtrière- from dramatic lighting and oval framing, to models chosen for the aesthetic over the symptomatic. Although witch hunts are in the past and ‘hysteria’ is no longer an acceptable diagnosis, the idea of female repression and its consequences is still relevant. ‘Hysteria’ has simply fragmented into a variety of modern ailments- from eating disorders to post-natal depression. The strange female body, with its dangerous sexuality and emotional tendencies is still seen as a thing to be kept under strict control- and naturally becomes rebellious. Halls’ protagonists respond to messages of Eat/Don’t Eat like simmering saucepans, or boiling kettles about to blow their covers. Caught in the act of mastication, these women forget social etiquette, advancing aggressively upon the edible.

Halls considers herself as an artist working within the feminist tradition, yet she does not force-feed us the moral of the story. Unlike Charcot’s medical specimens, Halls’ subjects are presented without judgement; they stare out defiantly and challenge us about our own self-imposed boundaries. You can try to suppress them, or keep them safely within their frames- but you should expect eruptions of indecorous behaviour verging on the absurd. This exhibition is for those who have an insatiable appetite for the truth – and they will leave feeling hungrier for it than before. 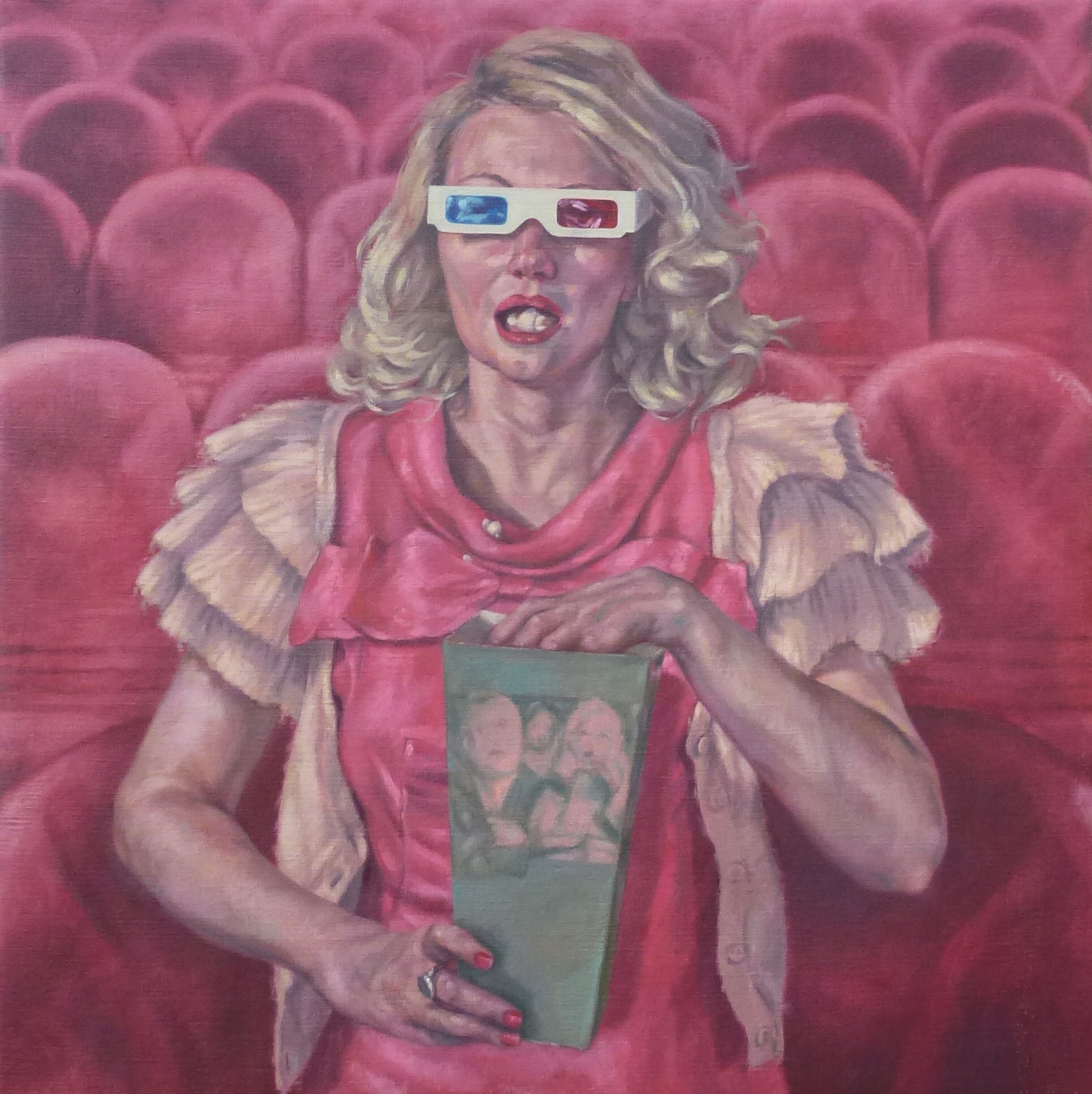 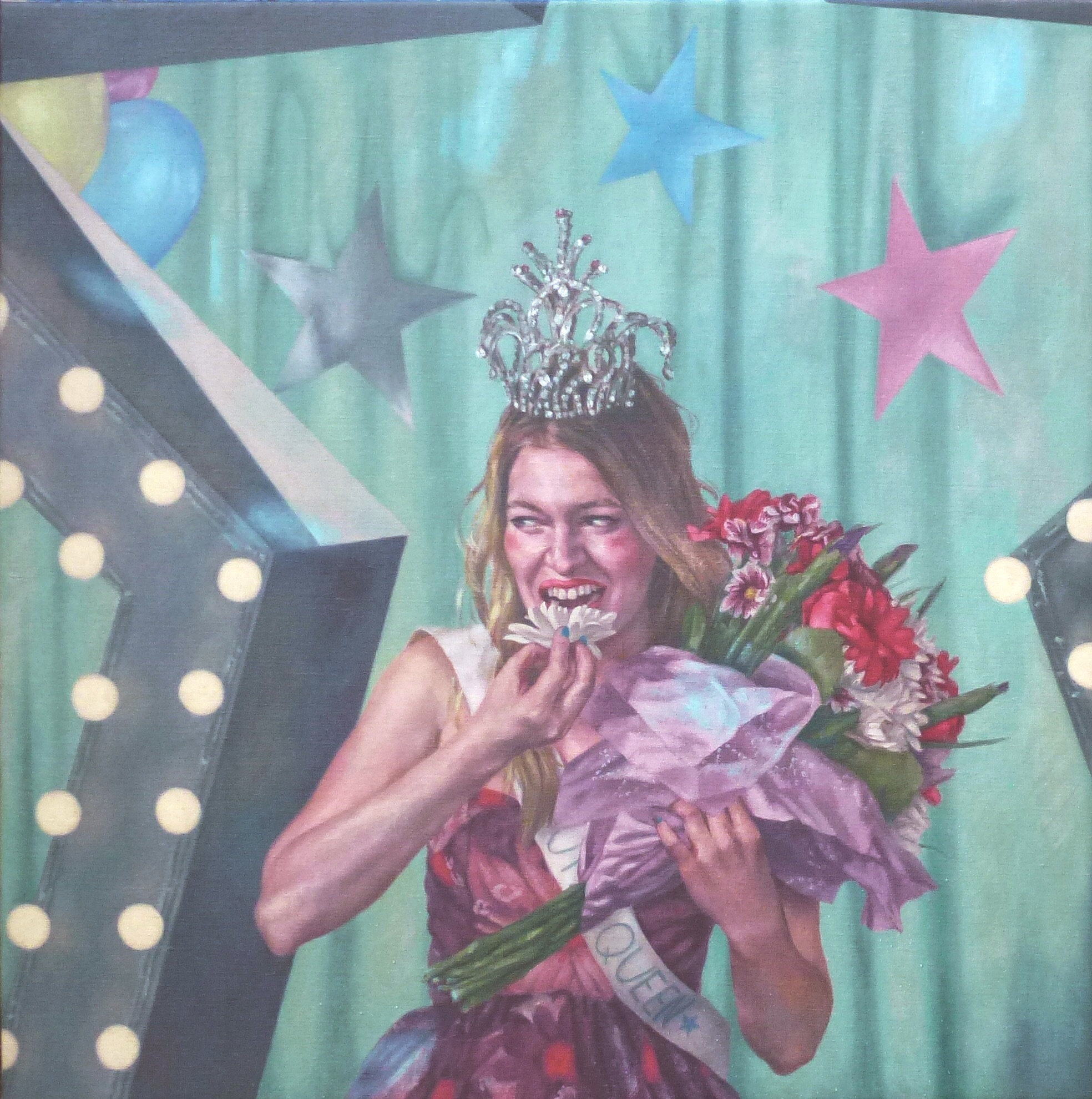 About The Artist
Roxana Halls is a largely self-taught artist and has, for several years, made her studio in the disused bar of a 1930s London theatre, now a bingo hall. In creating this series, Halls has employed self portraiture and has worked with a variety of sitters. These include the actors Kelly-Anne Lyons, star of the Bafta nominated TV series DNN, Olivier award nominated actor Leah Muller and model Dani Smith, who has worked extensively with the artists Damien Hirst & Rankin.

In 2013 Roxana Halls completed a major bespoke commissioned project, THE ALICE STAIRCASE, an 8 interlinking canvas interpretation of Lewis Carroll’s Alice’s Adventures In Wonderland & Through The Looking Glass, and is currently creating a similarly complex and ambitious new staircase commission, based upon The Wizard Of Oz.

In 2014 Roxana Halls was selected as a finalist for the Winter Pride International Art Award. In 2010 she was winner of the Founder’s Purchase Prize in the Discerning Eye show, and she was the winner of Pride in the House at Lauderdale House, where she held her prize winning show ‘TINGLE-TANGLE & OTHER TALES’ in 2011. In 2004 she was the winner of the Villiers David Prize, and in 2001 she received the Elizabeth Greenshields Foundation Award.

She has had four successful solo exhibitions at the Beaux Arts Gallery in Bath, her work has been exhibited in numerous group shows both in the U.K. and California, including the National Portrait Gallery’s B.P. Portrait Award, The National Open Art Competition, The Royal Society of Portrait Painters, The Discerning Eye, The Ruth Borchard Self Portrait Competition, The Hunting Art Prize, The Garrick Milne Prize & Art Moorhouse. She has also participated in regular group shows with Beaux Arts & HayHill Galleries, both in Bath and at the London Art Fair, and her work has been shown alongside artists such as Maggi Hambling, John Kirby & Lindsay Seers. 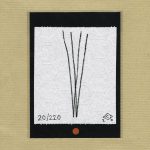