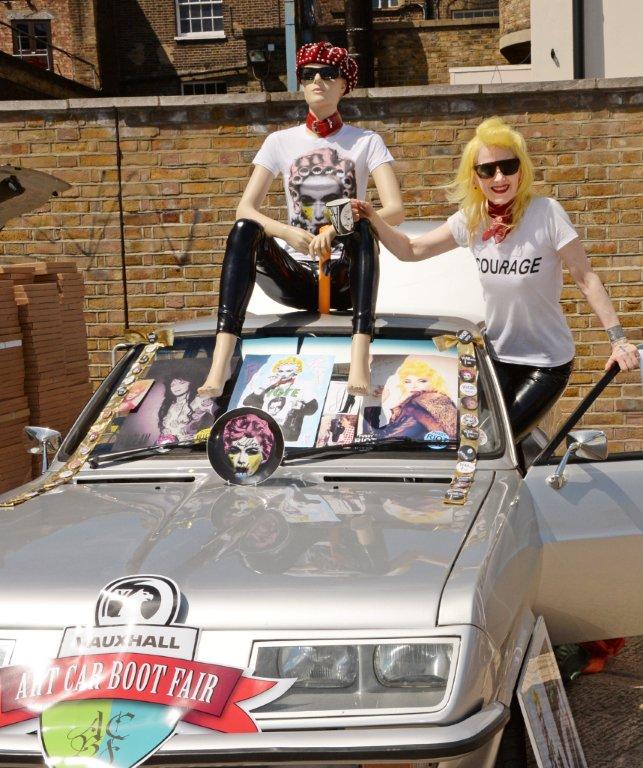 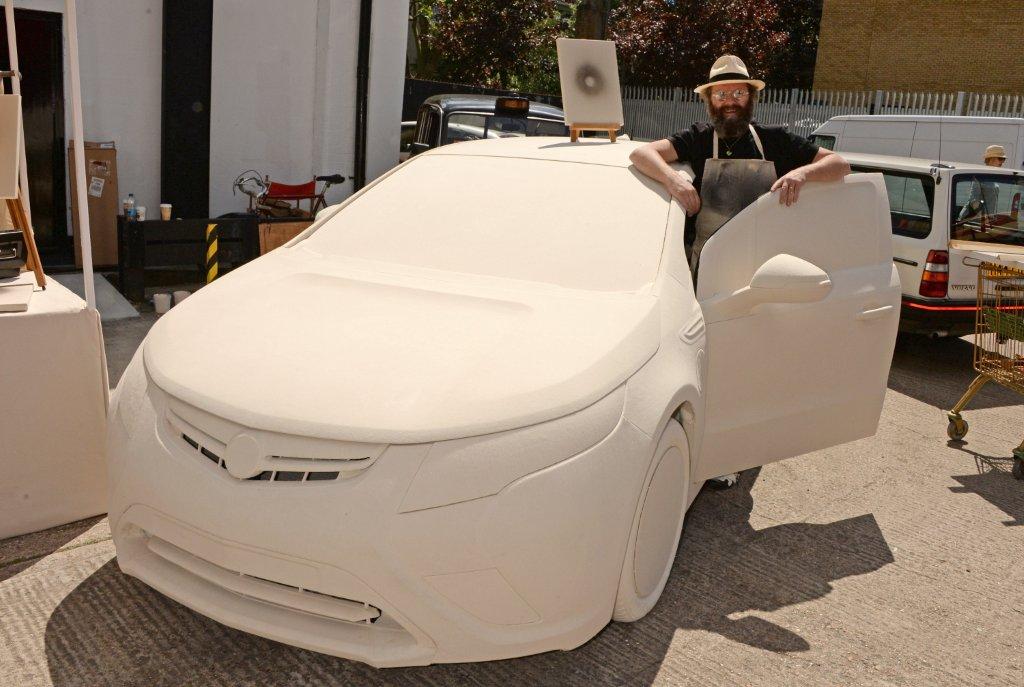 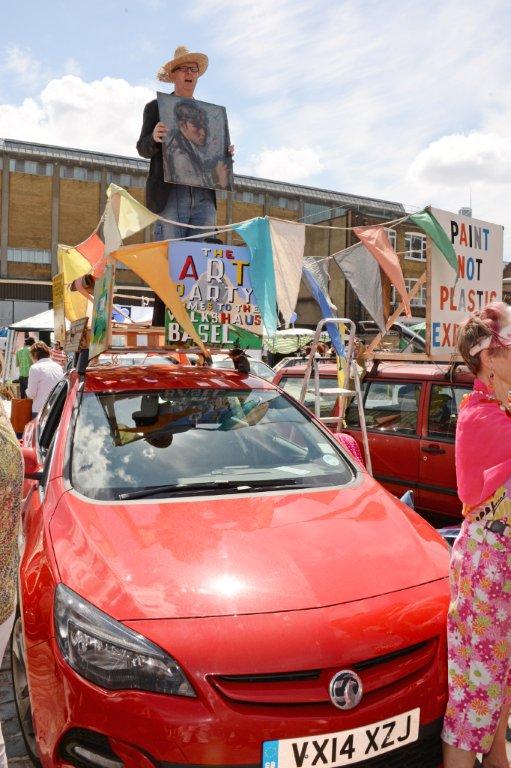 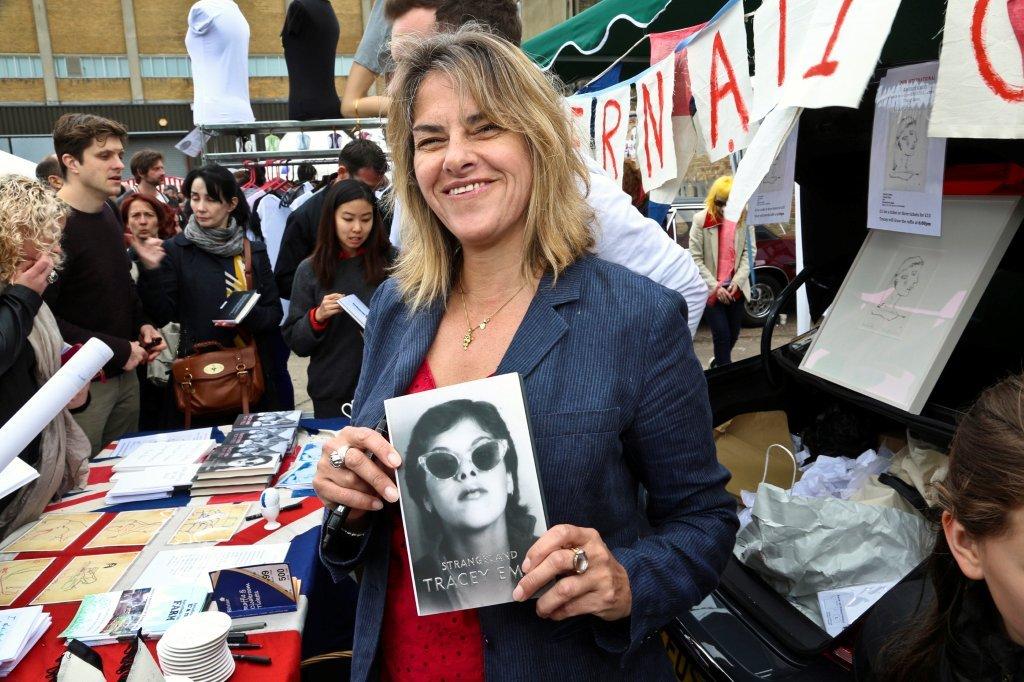 The UK’s most anarchic and exciting art fair takes the show on the road, and visits Folkestone for the first time as part of the opening weekend of the Folkestone Triennial on 30th August.

By linking up with this international arts extravaganza, the Vauxhall Art Car Boot Fair will be adding new and exciting artists and performers to the mix of its established reputation for presenting a stellar line-up of artists, frivolity, fabulous entertainment, artisan food and high end art bargains.

The Vauxhall Art Cargo – a specially customised Vauxhall Vivaro van packed full of art and the stuff to make it at each venue – will offer visitors the chance to get stuck in to the process as well as the purchase of art! Plus the Go Forth Plinth will feature a series of commissions by four artists – Gavin Turk, Nina Saunders, Daniel Chadwick and Julia Vogl – who have created special artworks to be shown aloft the roof-racks of a fleet of Vauxhall cars. Each roof top installation will have associated editions for bargain art hunters to get their hands on.

Taking a quintessentially British concept and turning it on its head, the Fair is famous for being the day the art world lets its hair down, coming together to fill the car park with English eccentricity, quirky ideas, incredible bargains, cool art, eclectic wares and madcap performances. It’s an art-buying frenzy from the moment the doors open offering people the chance to grab special just-for-the-day artworks. There’s something for every pocket with works typically on sale for between £10 to £1,000.

“Having established the Vauxhall Art Car Boot Fair as a dynamic and thrilling art marketplace as well as a thoroughly entertaining afternoon for all our art loving visitors in London, it made perfect sense to take our show on the road to engage with new audiences and new artists around the country – and we are delighted to be embraced by the Folkestone Triennial.”

About Vauxhall Art Car Boot Fair
The first Art Car Boot Fair was held in London in 2004 with a line-up of around 30 artists including Gavin Turk, Abigail Lane, Mat Collishaw, Fiona Banner and Bob & Roberta Smith. It has been held every year since, except for 2005, making this year the 10th year in London. The main aim of the Art Car Boot Fair is to be a day when the