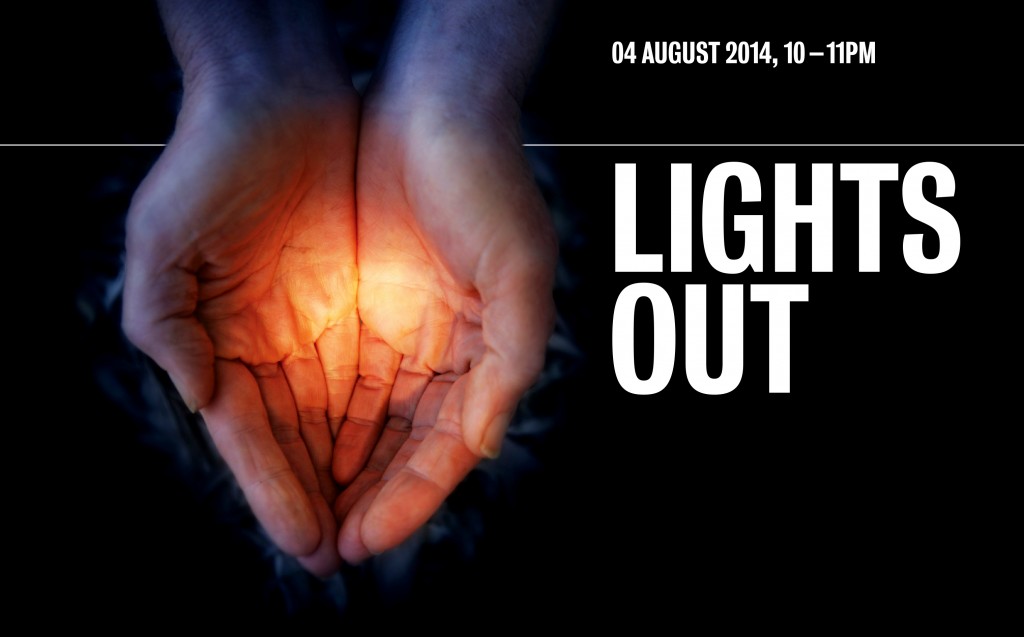 “LIGHTS OUT: Jeremy Deller” is a new, free app by the Turner Prize winning artist as part of 14-18 NOW, the cultural programme marking the centenary of the First World War. The work comprises four films devised by the artist which audiences in the UK and across the world will be able to watch for free by downloading an app, available from today. The work is co-commissioned by 14-18 NOW and The Space, and is produced by Somethin’ Else.

The work has been commissioned as part of a dramatic UK-wide event to mark the centenary of the outbreak of war in the UK; an invitation to everyone to turn off their lights from 10pm to 11pm on 4 August, leaving on a single light or candle for a shared moment of reflection. The LIGHTS OUT ask is simple, but its overall effect will be creative, dramatic and poignant. Every member of every community in the UK is invited to respond to LIGHTS OUT.

From the 1st August a new film by Deller will be revealed each day, culminating in a final film being revealed at 10pm on 4 August itself. Audiences will be able to watch the final film until 11pm that night, when the entire series of films will disappear.

This is one of a number of artworks created for LIGHTS OUT, with four other works commissioned across the UK. Each work takes the concept of a single source of light in the darkness as a point of departure. The other artworks are: a large-scale video projection across the entire Western and Southern façades of the Scottish National Gallery in Edinburgh by Bombay-based artist Nalini Malani, commissioned with the Edinburgh Art Festival; Welsh artist Bedwyr William’s work will take the form of a large-scale light and sound installation presented at the site of the WW1 North Wales Memorial Arch in Bangor, commissioned with Artes Mundi; leading artist Bob and Roberta Smith’s new large-scale work using thousands of candles will be created by a range of community based groups in Belfast, commissioned with Factotum. Across London a special project will be revealed on the night of 4th August.

The works represent the diversity of contemporary artists working today and reflect the range of artistic practice, from video projection and digital media to sculpture and performance. The presentation of these works is at the very centre of LIGHTS OUT.

“Jeremy Deller has created a stunning app which offers a new and exciting way for people to experience LIGHTS OUT. I’m looking forward to seeing the short films released each day, leading up to the LIGHTS OUT event at 10pm on 4th August which a host of iconic buildings, war memorials and homes across the UK will be participating in. I’d like to congratulate Jeremy and to The Space on this new work.”

To download the app, and for details about LIGHTS OUT events in your area, please go to:
1418NOW.org.uk/lightsout

About The Artist
Jeremy Deller is an English conceptual, video and installation artist, he won the Turner Prize in 2004 and a large-scale retrospective of his work was held at the Hayward Gallery in 2012. He has represented Britain in the Venice Biennale 2013 with the exhibition English Magic, which has since been shown through an extensive tour of galleries in the UK.

14 -18 NOW, WW1 Centenary Art Commissions
A programme of special commissions by leading artists from Britain and around the world to mark the centenary of the First World War as part of the UK’s official centenary commemorations. The programme will centre around three key moments: 4 August 2014 (Anniversary of the Declaration of War), July 2016 and November 2018. The first events will take place from June to August 2014. 14 -18 NOW is supported by the National Lottery through the Heritage Lottery Fund and Arts Council England and by additional fundraising.