David Roberts Art Foundation, 7-9pm private view Michael Simpson ‘Study 6’
Performance by Tim Etchells 7:30-8:30pm
I like DRAF and the phrase ‘An in-depth study of the work of British artist Michael Simpson, focussing on his Bench painting series (1989-2009)’ and the images of weird benches got me hooked.
http://davidrobertsartfoundation.com

Massimo De Carlo, 6-8pm private view ‘Furniture’ group show and Max Bill solo show
2-in-1 private groups are always my weakness, you get to visit two shows without leaving the building. The good news about this opening is that so far Massimo de Carlo did not disappoint my expectations, and their space is stunning!
Artists exhibited at the ‘Furniture group show are: Rob Pruitt, Andra Ursuta, Kaari Upson, Josh Smith and Thomas Grünfeld
http://www.massimodecarlo.com/ 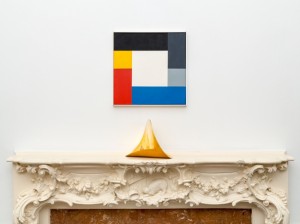 IMT, 7-9pm performance Clare Gasson entitled ‘To and for AT/October 2013/the seed in the chain of thoughts/calling up the spirit of the infinite/endless/equations/renamed March 2014?
IMT is a strong supporter of new media art which already makes them worth knowing of. Thei current show ‘Shaken from the Sky’ is a mixture of 2d and installations, and Iam curious to see what performance will they put on.
www.imagemusictext.com 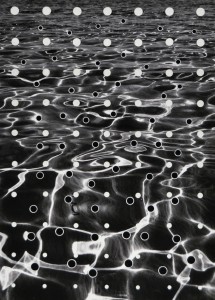 Rob Tufnell Gallery, 6-9pm private view Henning Bohl ‘Kadath Fatal’
Rob Tufnell is a nice gem of a gallery giden in James Park. And the name of the exhibition is brilliant!
The title of the exhibition references a mythical peak where gods dwell ‘in the cold waste where no man treads’ described in H.P.Lovecraft’s ‘The Dream Quest of Unknown Kadath’ (1926/27).
http://www.robtufnell.com/ 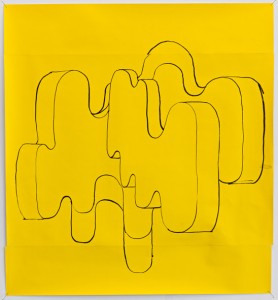