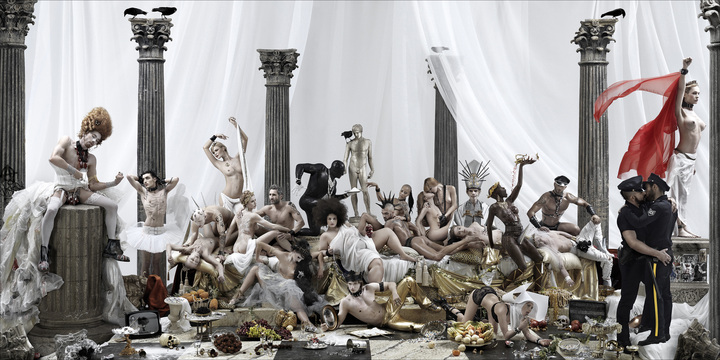 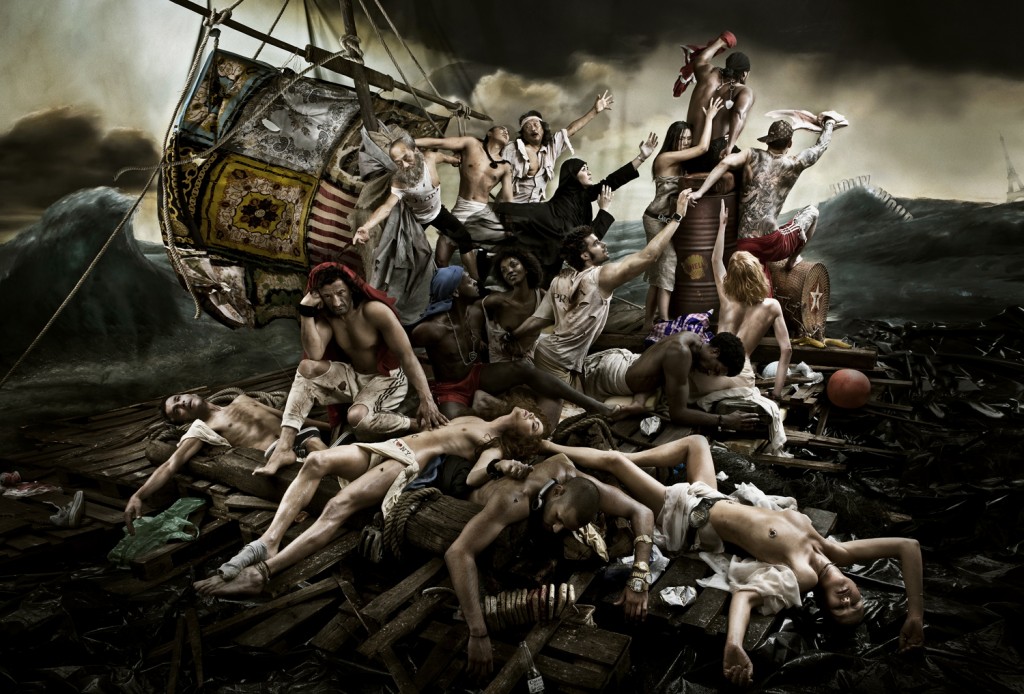 Raft of Illusions by Rancinan 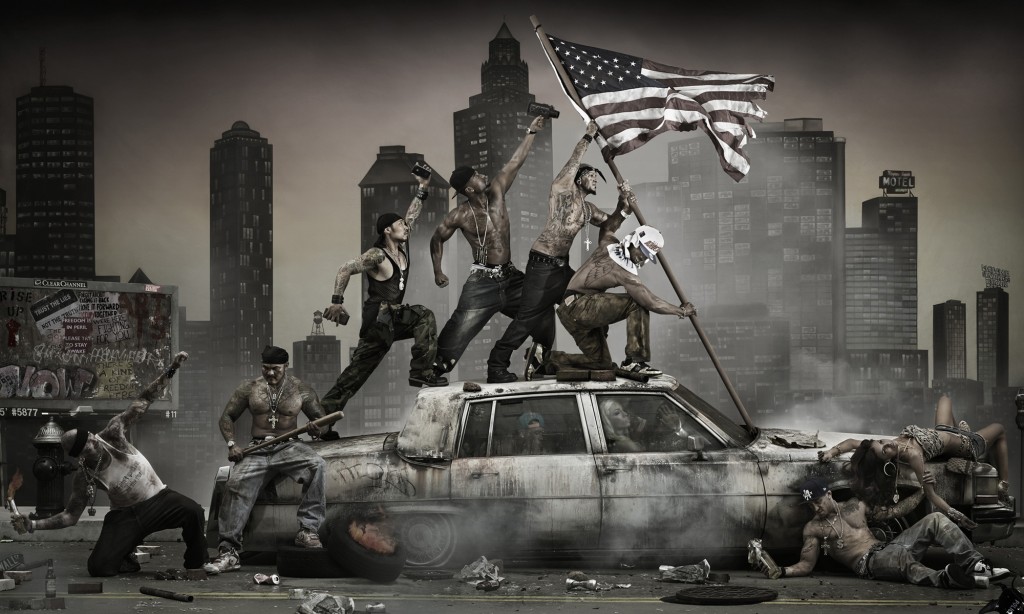 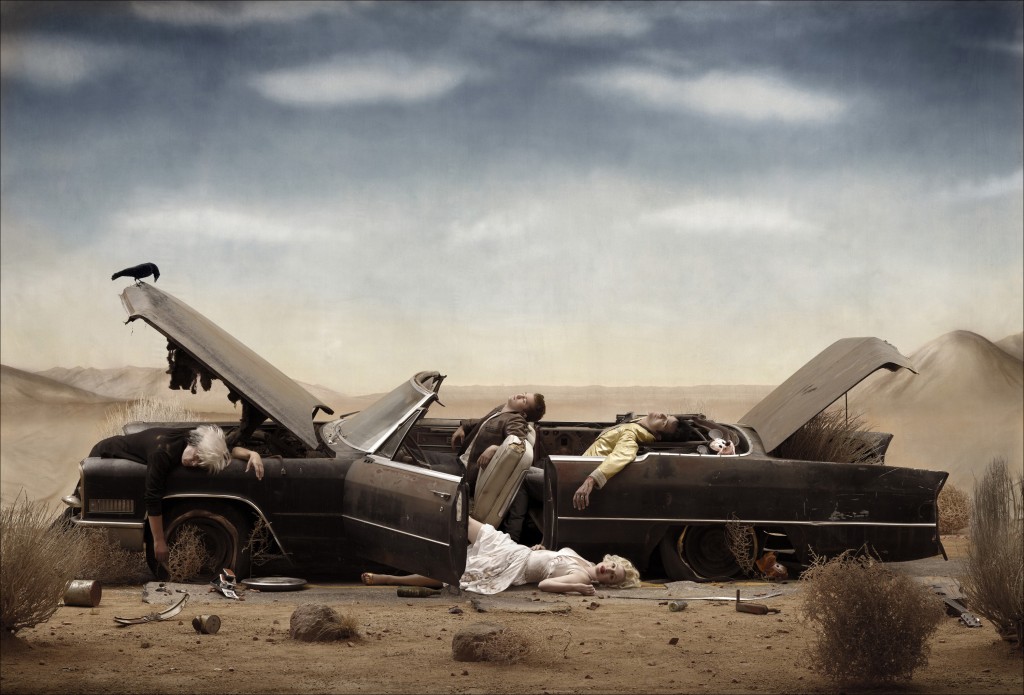 Way back from Disneyland by Rancinan 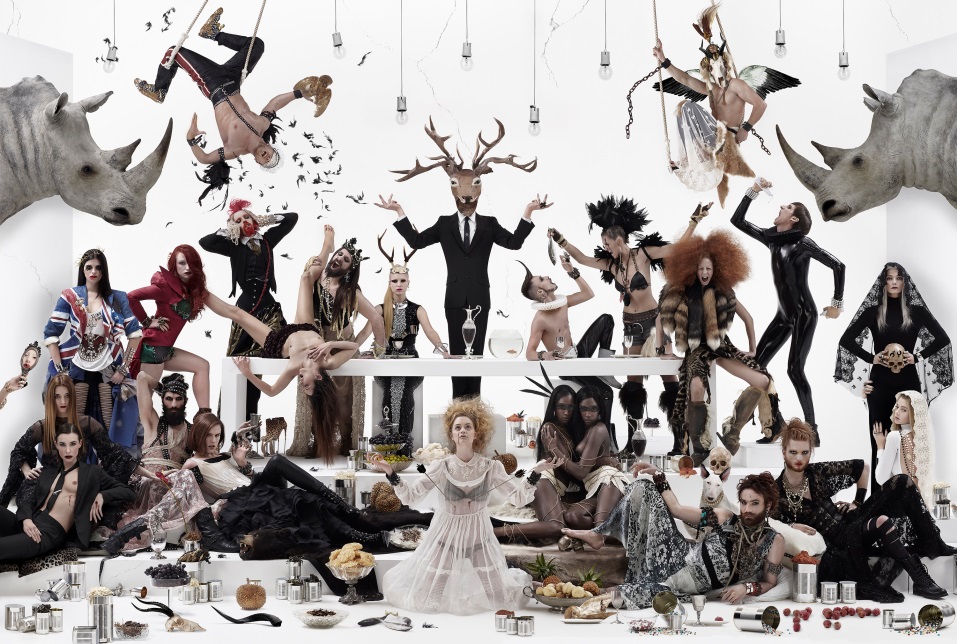 The exhibition ‘XXL’ is curated by Jean-David Malat.
On the 18th March 2014 world-renowned contemporary French photographer Gérard Rancinan will unveil his latest exhibition; ‘XXL’ at Opera Gallery London. Consisting of five unique large scale monumental photographs (ranging in size from 2.80 meters up to 4.70 meters high) the “Trilogie des Moderns” (Trilogy of the Moderns) brings together the rare argentic prints to display as a collective group in a gallery for the first time ever, after previously only touring global museums and galleries as solo prints.

XXL delivers a set of startling images filtered through an ever-evolving aesthetic prism, from “The Raft of illusions” to “The Feast of The Barbarians”. This is exposed in the fantasy photograph directed by Rancinan, ‘Le Festin des Barbares’ (The Feast of the Barbarians). In this colossal image, Rancinan offers a conclusion to the “Trilogy of the Moderns.” This is the climaxing point of a unique exploration of the upheavals affecting contemporary society, of the metamorphoses of humanity, of what could be called our human experience. The scale and format, unique to the world, make these photographs treasured artworks for the collector.

?Before being brought together at Opera Gallery London, these epic images were individually exhibited in museums all over the globe: the Palais de Tokyo in Paris, France; the Triennale Museum in Milan, Italy; the Danubiana Contemporary Art Museum in Bratislava, Slovakia; the Musée des Arts et Métiers in Paris, France; etc.

After London, their next destination will be the Himalayas Museum of Contemporary Art in Shanghai, China and the Oscar Niemeyer Museum in Curitiba, Brazil.

With an unprecedented portfolio; Gérard Rancinan known for his keen eye for detail and impactful images, has captured everything from global devastation and dramatic events such as earthquakes to riots, to portraits of leading personalities and luminaries including the Pope John Paul II, François Mitterrand, Monica Bellucci, Tiger Woods, Yasser Arafat and Bill Gates.

Rancinan orchestrates his photo-shoots to parody fashion, materialism, capitalism and religion by re-creating the scenes of classic masterpieces such as Mantegna and Leonardo da Vinci and subverting them. Each of the photographs is a reflection of modern culture proving that the acclaimed photographer constantly strives to break down barriers as an investigator of our times; deconstructing the great sagas of contemporary life and showcasing them through his portraiture.

About The Artist
Born in the Bordeaux region, Gérard Rancinan travels the globe, bearing first hand witness to events of historical importance. Natural catastrophes, civil and ethnic wars, and urban riots… he comes face to face with the complexity of the human condition and the random events by which it is fashioned.

Following his domain of predilection, in the “Trilogy of the Moderns” he becomes the wakeful observer of his contemporaries. This marginal perspective involves real mises en scène, veritable simulacra of the world in which we live.Internationally renowned, Gérard Rancinan’s work is exhibited in the world’s most prestigious galleries and museums and features in the most important contemporary art collections. During a recent Etude Million auction at Drouot (2008), Gérard Rancinan became one of the highest ranked photographers in France. In 2012, one his photographs was hammered for a total price eight times above the estimation at a Philips de Pury & Company Photographs auction; breaking the world auction record for a living French photographer. Gérard Rancinan is an Officer of the Order of Arts and Letters.