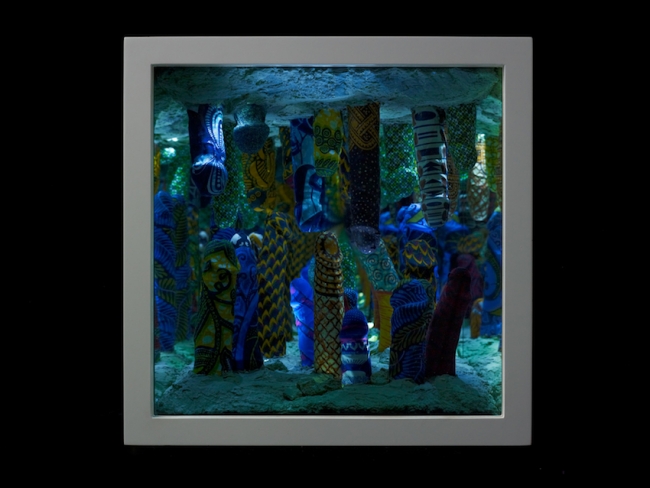 About The Artist
Yinka Shonibare MBE (born 1962 in London, UK) moved to Lagos, Nigeria at the age of three. He returned to London to study Fine Art and received his MFA from Goldsmiths College in 1991. He gained notoriety on the international stage via his commission for Okwui Enwezor’s Documenta 10, Gallantry and Criminal Conversation (2002), and was a Turner Prize nominee in 2004. In 2005 he was awarded the decoration of Member of the ‘Most Excellent Order of the British Empire’, a title that he officially added to his professional name. In 2011, the artist’s sculpture Nelson’s Ship in a Bottle was selected for the Fourth Plinth commission series in London’s Trafalgar Square, now on permanent display outside the National Maritime Museum, Greenwich. In October 2013, he was elected a Royal Academician.

Shonibare’s works were featured in the 52nd Venice Biennale (2007), and a mid-career survey toured from 2008 to 2009 at the Museum of Contemporary Art, Sydney; Brooklyn Museum, New York; and the Museum of African Art at the Smithsonian Institution, Washington. In 2013, a major solo exhibition was mounted at Yorkshire Sculpture Park, which subsequently travelled to GL Strand, Copenhagen. Other recent solo museum shows include those at the Gdañska Galeria Miejska, Gdansk and Wroclaw Contemporary Museum, Wroclaw. Shonibare has upcoming solo museum exhibitions in 2014 at the Gerisch-Stiftung, Neumünster and Fondation Blach?re, Apt.
?
Shonibare’s work is currently subject of a large museum show at The Barnes Foundation, Philadelphia. He is represented by Stephen Friedman Gallery, London. 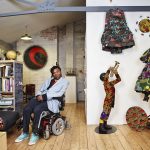