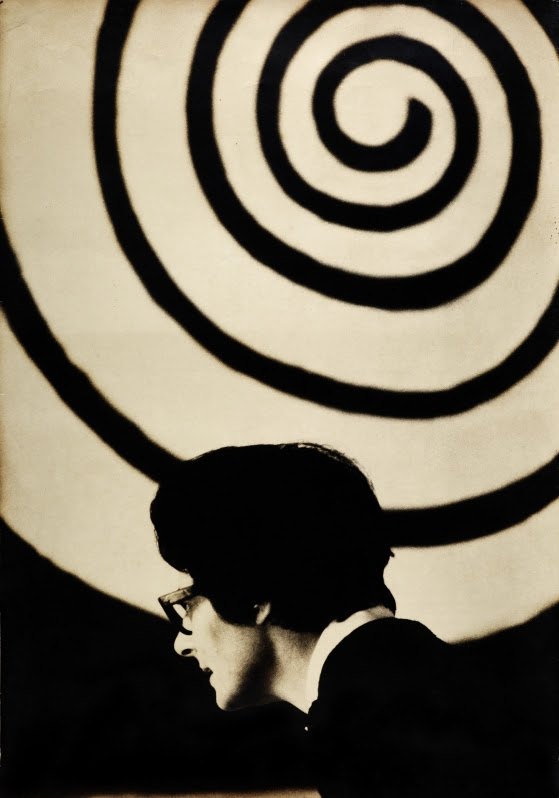 New York, NY… Hauser & Wirth is proud to present Mira Schendel, the gallery’s debut exhibition of works by one of the most significant Latin American artists of the 20th century. Spanning two decades of the artist’s career, from the 1960s to the 1980s, works on view reveal the artistic, intellectual, and spiritual development of a woman who, with her contemporaries Lygia Clark and Hélio Oiticica, reinvented the language of European Modernism in Brazil. Through her pensive, delicate, and breathtaking art, Schendel – painter, poet, sculptor – created a new lexicon. Her work was described by late Brazilian poet Haroldo de Campos as ‘an art of voids, where the utmost redundance begins to produce original information; an art of words and quasi-words where the graphic form veils and unveils, seals and unseals…a semiotic art of icons, indexes, symbols which print on the blank of the page their luminous foam’.

Conceived and organized by Olivier Renaud-Clément, Mira Schendel will remain on view at Hauser & Wirth’s East 69th Street gallery through 26 April 2014. This exhibition follows the acclaimed, first-ever international museum survey devoted to Schendel, held this past autumn at Tate Modern, London, and traveling in 2014 to the Fundação de Serralves – Museu de Arte Contemporânea, Porto, and the Pinacoteca do Estado de São Paulo.

Mira Schendel (1919 – 1988) was born into a Jewish family in Zürich, Switzerland. She grew up in Italy, where she was raised Roman Catholic and studied philosophy before being forced to move between Bulgaria, Austria, and Sarajevo to avoid Fascist persecution; she then emigrated to Brazil in 1949. Schendel settled in São Paulo in 1953, discovering a dynamic city in the midst of artistic and social revolution. Postwar São Paulo was a home to immigrants and a place where rapid change encouraged the development of Schendel’s ideas, proving an ideal place for her to create a unique visual language that conveys her intellectual, spiritual, and philosophical concerns.

Beginning in the mid-1960s, Schendel produced some of her most iconic work, including the widely recognized series ‘Monotipias’ (Monotypes). Astonishing in their confident spareness, her drawings on Japanese rice paper are characterized by heartbreaking delicacy. First inking a sheet of glass, Schendel used her finger to trace free-floating lines onto sheets of translucent paper. The slightly fuzzy character of her lines imbues these small works with palpable energy, as if Schendel had charged empty space with electrical wires. Among works on view in Mira Schendel will be ‘Variantes II’ (1965), comprised of fourteen parts and developed in a way that allows the work to be viewed from both sides. Characterized by minimalist geometric motifs, delicate lines, or typeset letters, Schendel’s ‘Monotipias’ probe notions of temporality and transience.

Throughout the 1970s, Schendel created an important series of objects crafted from clear acrylic glass. Influenced by the work of Swiss philosopher Jean Gebser, these works further explore themes of transparency, human consciousness, and spiritual awareness, and several are included in Mira Schendel. Among these are three examples from her ‘Discos’ (Discs) series, and a thirty-nine-part work from her series ‘Toquinhos’ (Little Stubs). Suspended from a nylon thread, ‘Untitled’ (1971 – 1973) from the series ‘Transformáveis’ (Transformables) is composed of small strips of transparent material hinged together to evoke the sensation of mutability and play. The work rotates in air, casting constantly changing shadows and reflections. 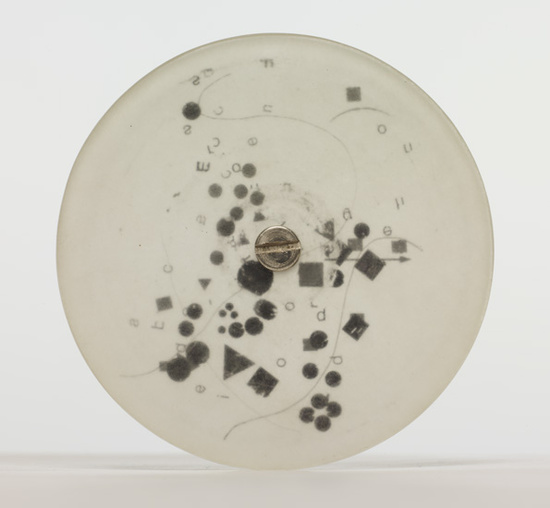 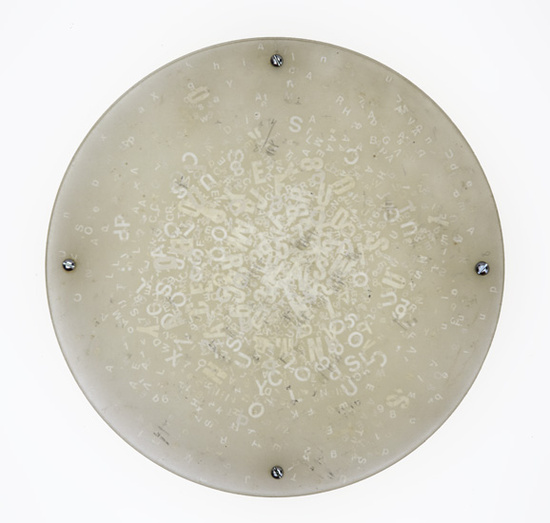 Between 1978 and 1980, Schendel produced a series of nocturnal landscapes in black ink andwatercolor. In ‘Untitled’, from the series ‘Pequenas paisagens nocturnas do Itatiaia’, black and grey washes recall the mountainous silhouettes and plains of the region from which the work’s title takes its name – a national park that the artist loved, located between São Paulo and Rio de Janeiro. 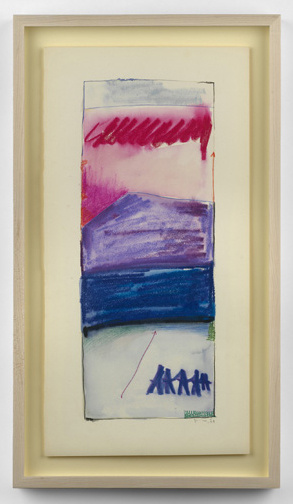 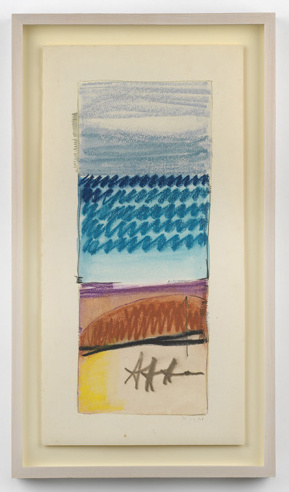 Returning to painting in the early 1980s, Schendel created a series of works in tempera and gold leaf. To contrast the matte opacity of her monochromatic fields of color, the artist applied gold to small areas of the surface, creating luminous and reflective geometric forms. Often misinterpreted as a reference to traditional religious painting or notions of the divine, ‘Untitled’ (1985) expresses the artist’s formal concerns and desires to balance the manifestation of opacity and transparency in a luxurious saturated canvas of rouge and gold. 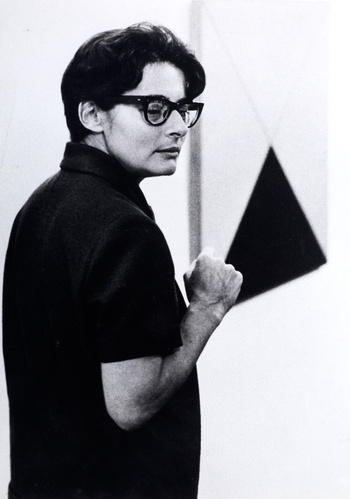