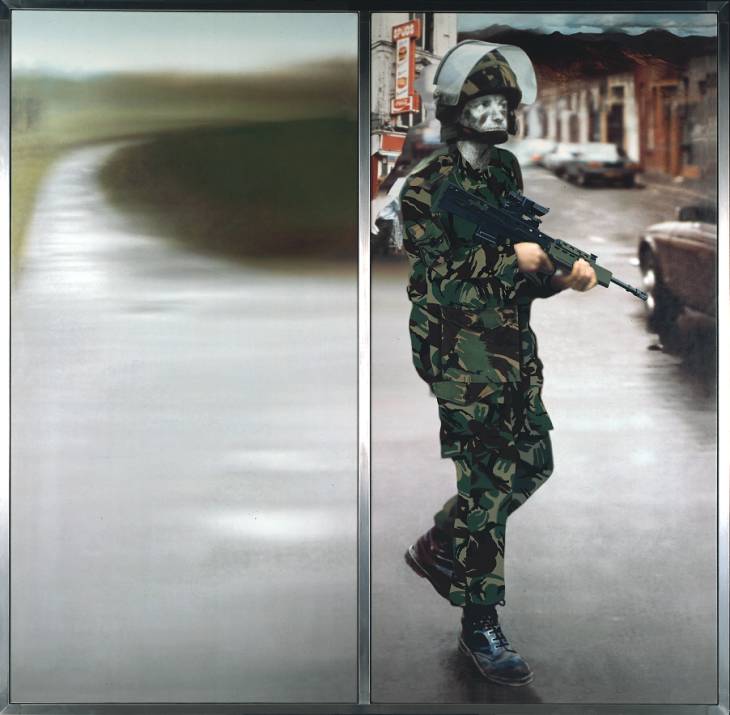 Taking the Richard Hamilton exhibition at Tate Modern as a point of departure, this event considers explicitly political works addressing Vietnam, the IRA ‘dirty protests’, Margaret Thatcher and Tony Blair. It also asks how Hamilton chose and transformed his source material and the contexts for his work.
Mignon Nixon, Professor at the Courtauld, will be in conversation with artist Jeremy Deller and journalist Robin Denselow, whose Newsnight film of IRA prisoners inspired Hamilton’s The citizen.