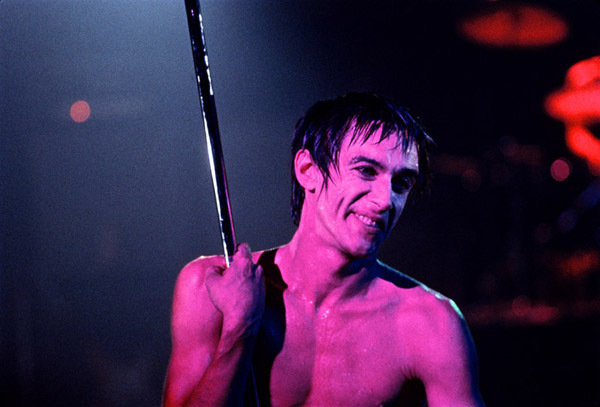 Iggy Pop is one of the most influential figures in music. His work has gained a devoted following around the world and inspired successive generations of musicians. He has been widely labelled as ‘the Godfather of punk’, though he himself describes this title as ‘tedious’. Indeed, his musical back catalogue is eclectic, ranging from the feral rock of early Stooges to ballads and electronica, from nihilism to radio-friendly love songs.

Despite the quality and scope of his studio work, Iggy’s biggest impact on music may be as a live performer, with his visceral, urgent, unpredictable style exciting and mesmerising audiences. Iggyfest includes a screening of Tim Pope’s concert film Kiss My Blood, which captures an in-form Iggy on stage at the Olympia in Paris, in 1991.

Co-written and co-produced with David Bowie, Blah Blah Blah is an extraordinary fusion of rock and electronica, which lyrically showed a softer side to Iggy. It remains one of his most commercially successful albums to date. Iggyfest includes a live performance of the entire album with musicians from the original studio sessions.