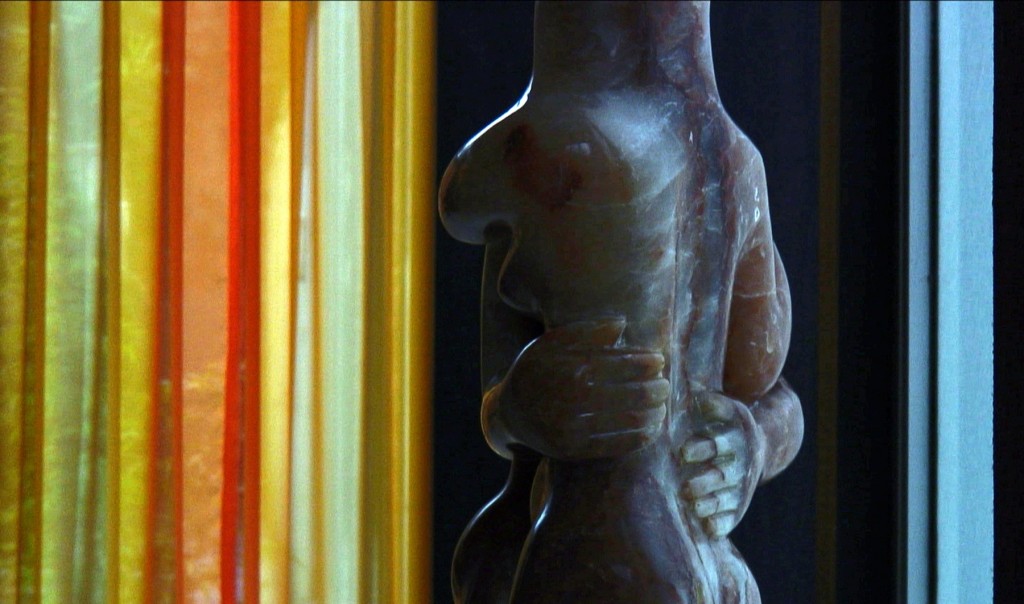 Turner Prize-winning artist Elizabeth Price has been selected by the Whitechapel Gallery for Artists’ Film International, an annual touring programme of film, video and animation chosen by 15 partner organisations from around the world.

Price’s AT THE HOUSE OF MR X (2007) will be shown at the Gallery from 14 January-15 April 2014. A study of desire and consumption, the work takes the viewer on a journey through an immaculately preserved modernist home designed and built in the late 1960’s. The London building was only briefly inhabited by its owner, an art collector who made his wealth though cosmetics brands such as Outdoor Girl and Mary Quant.

Directed by an on-screen script, the video proceeds on a slow visual tour through each room of the house, lingering on glossy, reflective surfaces such as coloured glass, plastic and chrome. The journey around the elegant spaces, which are filled with luxurious furniture and beautiful sculptures, is punctuated with a soundtrack which includes a choir performing vocal harmonies adapted from the 1959 hit Mr Blue by American pop group The Fleetwoods.

The tour guide’s narration, which does not directly reveal the identity of the owner of the house, instead collages together words and phrases from his archive – relating to his house, art collection and business ventures. The resulting script is a seamless amalgamation of academic, commercial and scientific language, covering everything from advertising copy promoting beauty products to architectural specifications and inventories relating to the house.

About The Artist
Born in 1966 Bradford, Yorkshire, Elizabeth Price lives and works in London. She was the Turner Prize Winner in 2012 and was nominated for the Film London Jarman Award with the Whitechapel Gallery in 2011. She is a Fine Art lecturer at the University of Oxford.
AT THE HOUSE OF MR X was produced for the Stanley Picker Fellowship, funded by Arts Council England.
Elizabeth Price is is represented by MOT International, London.