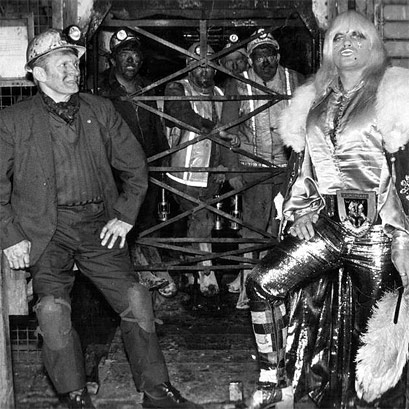 Jeremy Deller, who represented Britain in this year’s Venice Biennale, curates a new Hayward Touring exhibition opening this autumn at Manchester Art Gallery. In All That Is Solid Melts Into Air Deller takes a personal look at the impact of the Industrial Revolution on British popular culture, and its persisting influence on our lives today. The exhibition combines contemporary music, film and photography with a vast range of 19th century images and objects. Deller approaches this wealth of material like a social cartographer, revealing the ley lines of cultural history. After the exhibition’s initial showing in Manchester, All That Is Solid Melts Into Air will tour to Nottingham, Coventry and Newcastle. 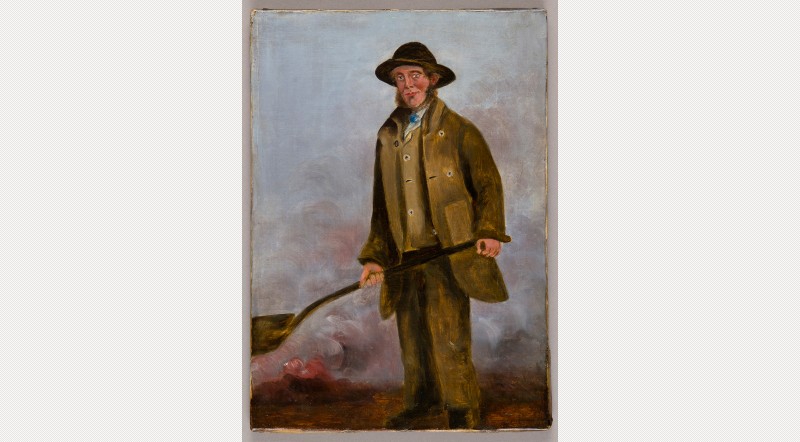 Deller will explore how the trauma of the Industrial Revolution and chaotic urbanisation affected British society, focusing on emblematic figures including; Adrian Street, born into a Welsh mining family, Street rejected a life in the mines to become a flamboyant androgynous international wrestler; James Sharples, a 19th century blacksmith and self-taught painter from Blackburn, famous for his much- reproduced image, The Forge; and music from industrial towns whose roots can be traced back through generations of workers in factories and mills. The radical transformation of the landscape in the early industrial era is powerfully evoked in Victorian images of factories ablaze at night, shown alongside an apocalyptic painting by John Martin. Industrial folk music, the incessant rhythms and racket of the factory floor, heavy metal and glam rock, will also permeate the exhibition in sound installations and film. 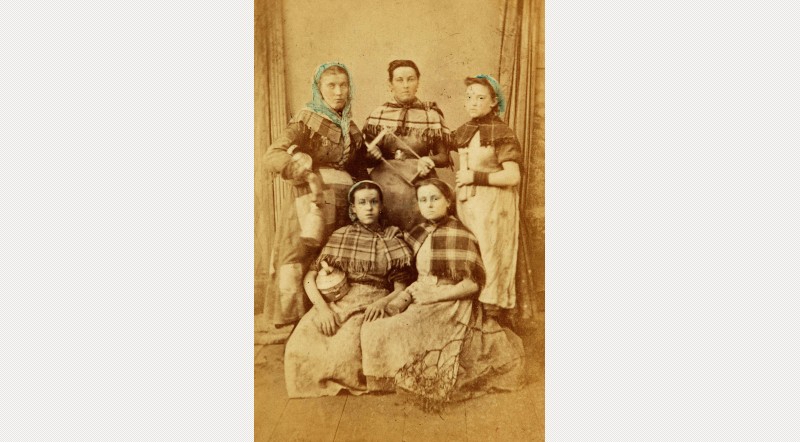 The radical transformation of the landscape in the early industrial era is powerfully evoked in Victorian images of factories ablaze at night, shown alongside John Martin’s apocalyptic The Destruction of Sodom and Gomorrah (1852). Industrial folk music, the incessant rhythms and racket of the factory floor, heavy metal and glam rock, will also permeate the exhibition in sound installations and film.

About Hayward Touring:
Hayward Touring produces exhibitions that tour to galleries, museums and other publicly-funded venues throughout Britain. Hayward Touring collaborate with artists, independent curators, writers and partner institutions to develop and tour imaginative exhibitions that are seen by approximately half a million people in over 100 cities and towns each year. Hayward Touring also extends to smaller monographic print, photography or new media exhibitions touring to a variety of venues, including galleries, libraries, universities, colleges and schools, arts centres and historic sites. Current and recent exhibitions include Curiosity: Art & The Pleasures of Knowing, Mark Leckey: The Universal Addressability of Dumb Things and A Universal Archive: William Kentridge as Printmaker.

About Manchester Art Gallery:
Manchester Art Gallery is one of the city’s leading cultural institutions, drawing in around 400,000 visitors each year. It holds a world-class collection of fine and decorative art, with over 25,000 works ranging from Pre-Raphaelite paintings to bold new contemporary art as well as drawings, sculpture, furniture and ceramics.
Our outstanding collections of historic and modern art are presented alongside contemporary work and artist-led interventions to help connect people to a sense of Manchester today. We also loan works to other galleries world-wide, promoting Manchester internationally and widening access to our collections.
The gallery delivers a bold programme of ambitious exhibitions, and has established a reputation for bringing leading names from the international art world to the North West. So as well as showing some of the city’s favourite, familiar artworks and artists, there is always something new to discover.