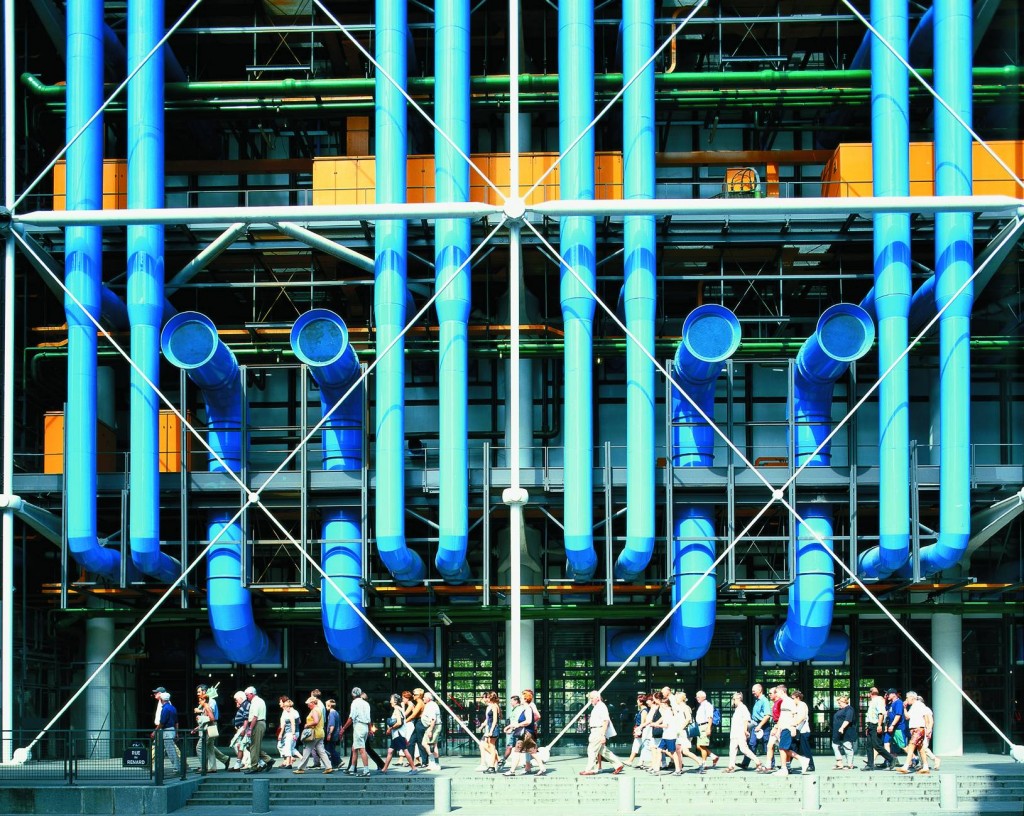 Richard Rogers has been involved in the design of many an iconic building including le Centre Pompidou in Paris, Heathrow Airport’s Terminal 5, the Lloyds building, the Millennium Dome and the soon to be completed Leadenhall building, colloquially known as the cheesegrater.

This retrospective takes a look back over his career and is filled with artefacts from his life, architectural drawings, scale models and his visions for London.

The exhibition opens very philosophically by claiming that Rogers’ designs are not just about aesthetics but have an ethos and a social responsibility about them. And though detractors of One Hyde Park may disagree with this comment, it’s a noble aspiration. Though his claim that the re-designed Barajas airport makes travelling fun raised an eyebrow – a well designed airport may make flying a less stressful experience but fun is pushing it.

The exhibition is jammed pack full of notes and plans, even down to a set of pencils that Rogers received from Norman Foster. Though this makes for a content heavy exhibition, it often feels overloaded and it’s difficult for visitors to discern what parts they would find of interest and any labels that can be glossed over.

Rogers’ vision of a utopian London is also worth spending time with as it looks brilliant. Yet there is a vested interest in that it would cost millions of pounds and would provide work for many architectural firms.

The downsides of his buildings are also dismissed and no time is spent exploring the drawbacks of for example exposing all the pipes and wires of the Lloyds building to the elements. This sort of critical appraisal is missing from most gallery retrospectives but by including testimonies of those who don’t like Rogers’ work, it would have made for a more engaging exhibition.

There’s no denying that Rogers’ achievements are spectacular and worthy of a retrospective but by trying to elevate his architecture to art, it misses the opportunity to explore the balance that all designers must strike between style and pragmatism. This is the essence of architecture and it’s largely ignored in this detailed, though less than comprehensive, exhibition.