Artangel and BBC Radio 4 are delighted to announce that Katrina Palmer and Ben Rivers have been awarded the first two Open commissions. Their proposals were chosen from over 1500 submissions by a panel including Artangel Co-Directors James Lingwood and Michael Morris, Radio 4’s Arts Commissioning Editor Tony Phillips, and artists Clio Barnard and Roger Hiorns.

Katrina Palmer’s new project will excavate an undisclosed place in England through writing and installation. An artist of exceptional promise, she is the author of The Dark Object, a series of connected stories about power relations in a fictional art school. Her Open project for Artangel and BBC Radio 4 will be her most ambitious to date.

In his films and installations, Ben Rivers dwells on subjects at the margins of society and builds poetic narratives that ebb and flow between documentary and fiction. His first feature-length film, Two Years At Sea, was presented at the 68th Venice International Film Festival in 2011 and at the London Film Festival.

In parallel with the two awards, Artangel is pleased to share the online Open 100, the panel’s selection of around 100 proposals from the 1500 submissions. The Open 100 showcases an extraordinary reservoir of ideas for a huge range of possible locations – as well as a few impossible ones …

Open was launched across the UK in January 2013. A call for artists working in any media, it offered an open invitation to share with Artangel and BBC Radio 4 proposals for ground-breaking projects in different sites across the UK.

Open was conceived as an ongoing opportunity and Artangel is now open again to proposals from visual artists, filmmakers, writers, composers, theatre makers, choreographers and producers as well as artists working in the digital space. The new deadline is 28 February 2014. 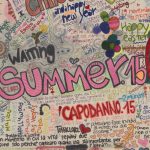