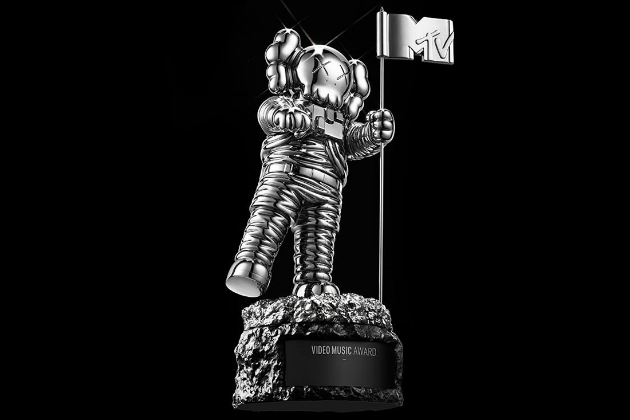 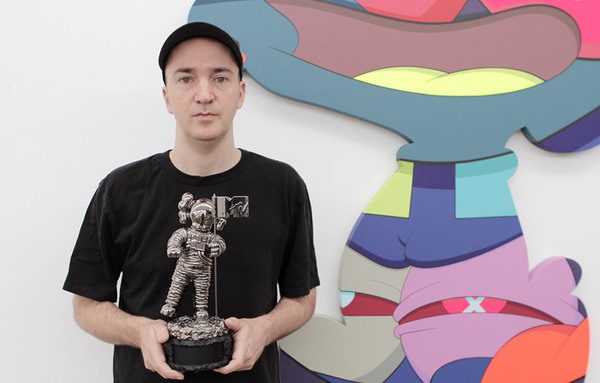 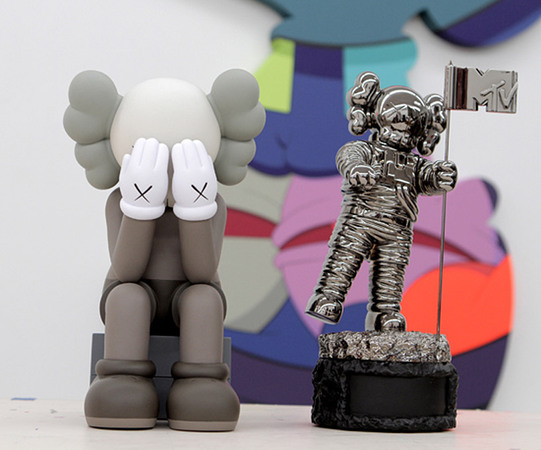 New York based artist KAWS has given the MTV video music awards trophy a redesign for the first time in its 30 year history. the original 13 inch tall chrome statue was conceived by manhattan design in the early 1980s and is based on the image of celebrated american astronaut Buzz Aldrin. For this one-year-only event, the iconic MTV moonman will take on the characteristics typical to KAWS’ style.

‘It’s such a strong, iconic thing. Everyone sees the moonman and knows right off the bat what it is. When I was first invited to do the project, I knew that I didn’t want to create something new entirely, I wanted [to do] something you see that’s immediately Kaws and immediately Moonman; people just get it.’

The Art of the Sticker