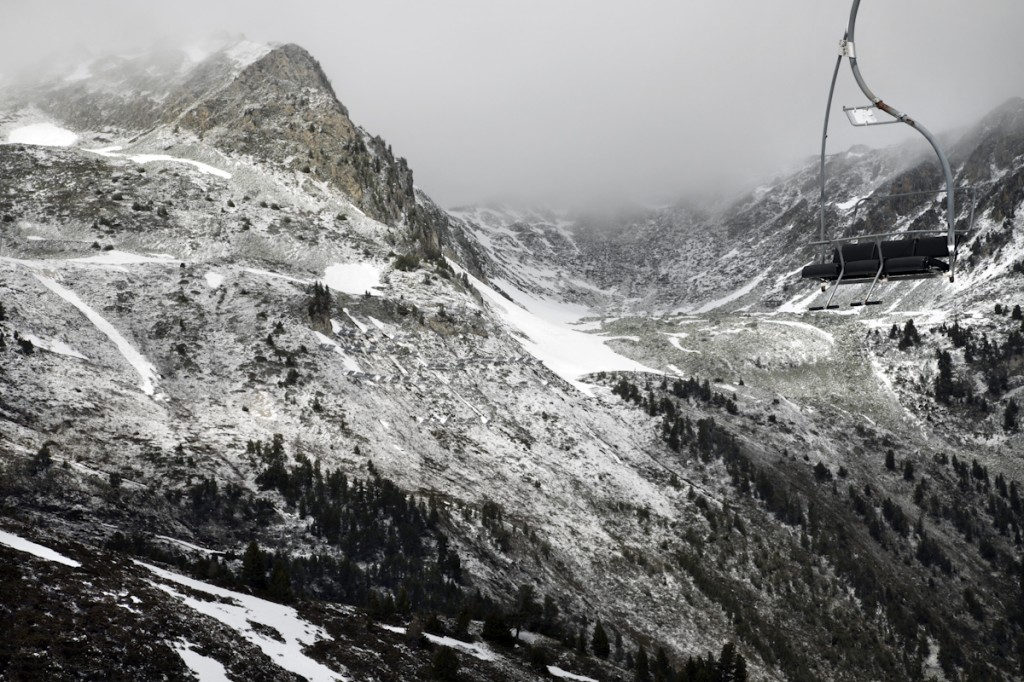 Beers Lambert presents a photographic exhibition with work by British photographer Ed Hopley and Australian photographer Clinton Hayden – two artists who question the objective and importance of ‘nature’ photography in a society inundated by the photographic image. Together, their practices drive questions at the importance of the image and offer profound insight into the status of a process that has become transformed through its sheer ubiquity in our highly digitised society. What does it mean to challenge and question traditional subject-matter in the photographic medium? How do these artists legitimise and validate their photographic practices?

Although hailing from a background of photojournalism, the works of Ed Hopley begin to engage at a much more complex level than merely straightforward reportage. Taken over the course of a self-imposed photographic secondment that unravelled itself over the course of the past few years, Hopley’s ‘former life’ as a photo-journalist seems ‘front-and-centre’ throughout, yet his choice of subject matter – which may at first appear quite straightforward – refrains from fully inviting the viewer inside a world of explication. In fact, simplifying the works as shots of ‘ski resorts’ seems to fall flagrantly short of the larger context at work, because Hopley’s imagery is never forgiving. It is stern, austere, removed, and always poignantly aware of its context. A singular instance: the L’Arpette trilogy shows the viewer one mountainous vista, followed by a frame within a frame, a mise-en-abyme that refers to its own entire process as Hopley returns to the same mountain-scape from the first photograph again in the last image, captured from a barely slightly altered perspective. In so doing, he calls the entire process into legitimacy, perhaps commenting on the ubiquity of the ‘image’ in an era where a simple Google search can bring up thousands of variations of any one subject. Throughout, Hopley questions the worth of the photographic image, the role of the photographer as omniscient (and factual?), and even probes at the awareness of the viewer – will we realize he has shot the same image twice? And if so, will we ask ourselves why?

Similarly, Clinton Hayden’s broad photographic practice includes figurative, still life, landscape, and nature stills, but here, some of his most direct recent works prove to be also his most ambiguous. Perhaps the best example of this is his Roses diptych, where the close, central framing of two roses seems almost cheeky as it recalls the traditional vanitas or memento mori as it curiously chooses the rose (inarguably one of the most timeless and weighted signifiers) as its subject matter. Yet Hayden’s roses unfold with subversive playfulness when one realizes (upon closer inspection) that these aren’t really roses at all, but rather synthetic reproductions…a photograph of a subject already once-divorced from itself – in every sense, a copy of a copy. He seems to ask the viewer to reconsider the need for truth, and the objective or purpose behind dislocating his subject matter as he has done. As viewers, the photographs only become truly successful once we become complicit in this ruse.

Such is the greater context of both artist’s practice, where the viewer is enticed to rethink what might at first seem banal or altogether oversimplified is laden with an awareness of the status of photography in today’s digitized age, where everyone with a camera or smartphone can (and does) fancy themselves a photographer. As viewers, we are left to question how ‘landscape’ photography will continue to find its worth and purpose into the future.

CLINTON HAYDEN: (b. 1978, Australia) Hayden’s practice explores ideas of intimacy, alienation and longing. Through the use of personal archive, varied production and printing methods, he works with the understanding of the photograph both as image and object – ‘a pseudo presence and token of absence’ (Sontag) – engaging with the materiality of the medium to enhance investigations of longing/yearning, subject/object, lover/other, and the subtleties between these dualities. Hayden graduated RMIT University School of Arts Master of Fine Arts program with distinction in 2011. Hayden exhibits in Australia and has exhibited in the UK, Iceland and the USA. He currently lives and works in London, UK.

ED HOPLEY: (b. 1971, United Kingdom) Hopley’s work examines the interpretation and use of the environment that surrounds us, exploring the relationship between the deliberately constructed, grown, or placed and the subsequent implications upon the chosen location. Through the medium of digital imagery Hopley attempts to highlight the significance of contrived landscapes within the context of the existing natural environment in order to champion both the mental and physical values of our surroundings. Hopley graduated from Manchester Metropolitan University’s Faculty of Art and Design in 1995 and has spent the past seventeen years travelling the world on commissions for clients such as Christie’s, with his images featuring in publications around the globe. Hopley is the recipient of Gold and Bronze Medals in the Royal Photographic Society’s International Print Awards, his photographs have been exhibited in numerous solo and group exhibitions and are held in numerous private collections.