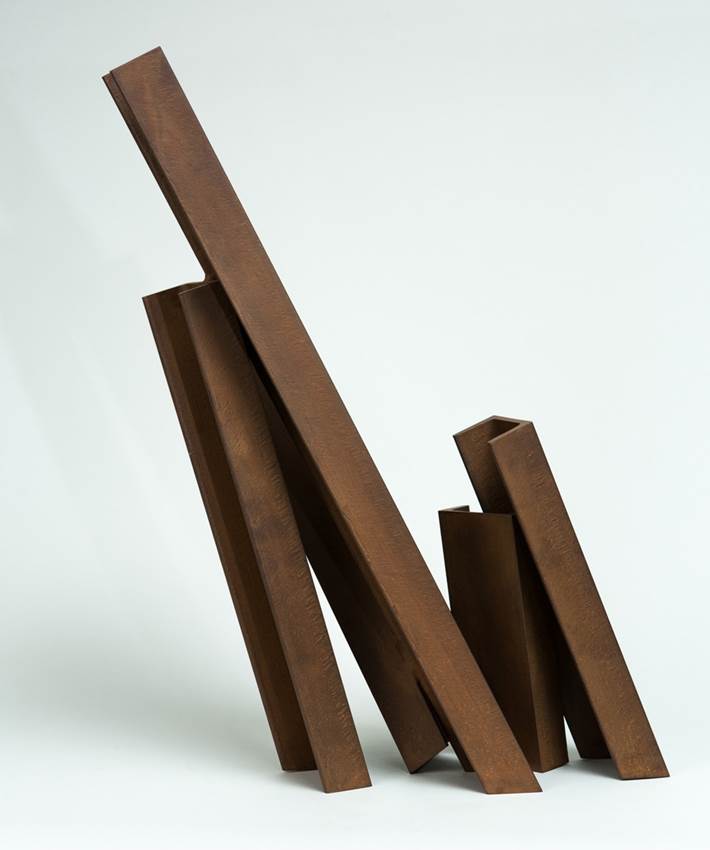 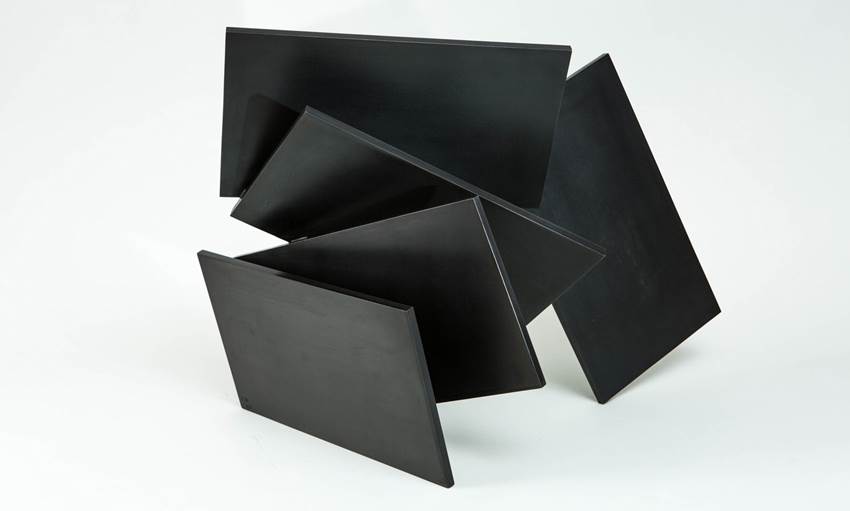 The Piper Gallery is showing the steel sculptures of the French artist Etienne Viard in the UK for the first time.
Viard began his career as a ceramicist before expanding his range to include earth, stone, wood, glass and a variety of salvaged objects. In the early 1990s, he took the drastic decision to destroy the majority of his sculptures and for the last two decades, since that decisive purge, he has worked solely in steel. Viard’s embrace of destruction as a prelude to creation speaks of the contradiction that runs through his recent work; classical order carries a lurking threat of instability or collapse. The harmony of Viard’s works is uneasy, ever-poised to unravel or implode. Chaos is held in balance.

Caught somewhere between the miniature and the monumental, Viard’s works derive a profound sense of ambiguity from their human or near-human scale. Viard crafts maquettes by hand from flexible metal, responding to his ‘initial, intuitive spark’ but he consciously restricts himself to three basic techniques – folding, cutting, and assemblage. He then laboriously scales up the three-dimensional sketches, forging the final sculptures from steel sheets and bars and either finishing them in a black patina or leaving them with raw, lightly corroded surfaces.

Viard’s methodology therefore simultaneously harnesses elements of spontaneity and calculation to produce objects which conflate blunt minimalist form with an expressive, even romantic, sensibility with figurative allusions and a sense of the drama of lived experience. The sculptures take us beyond specifics of time and place into a timeless present. In works such as Ayin I (2013), four steel rods have been beaten and buckled into wiry arabesques. They interlock like organic matter or schematic figures stumbling upon one another – dancers descending from graceful manoeuvre into blundering catastrophe. Viard evokes the awkwardness of a performance gone awry. Many of his works recall ideas of buckling, melting or falling. Manhattan (2013) alludes to the events of September 11 2001, compressing a model of collapse with an elegiac motif of buckled ironwork; its small arrangement of slumped and truncated bars atop a plinth, might stand metaphorically for toppling buildings – or for their actual, fragmentary remains.

‘My business partner, Andrew Morris, discovered Etienne whilst in the south of France; following this, I visited Etienne’s studio in Venasque and was struck by the elegance and apparent weightlessness of his work. Precisely balanced, the welded steel structures appear poised – on the brink of collapse – yet they maintain a sense of composure.’