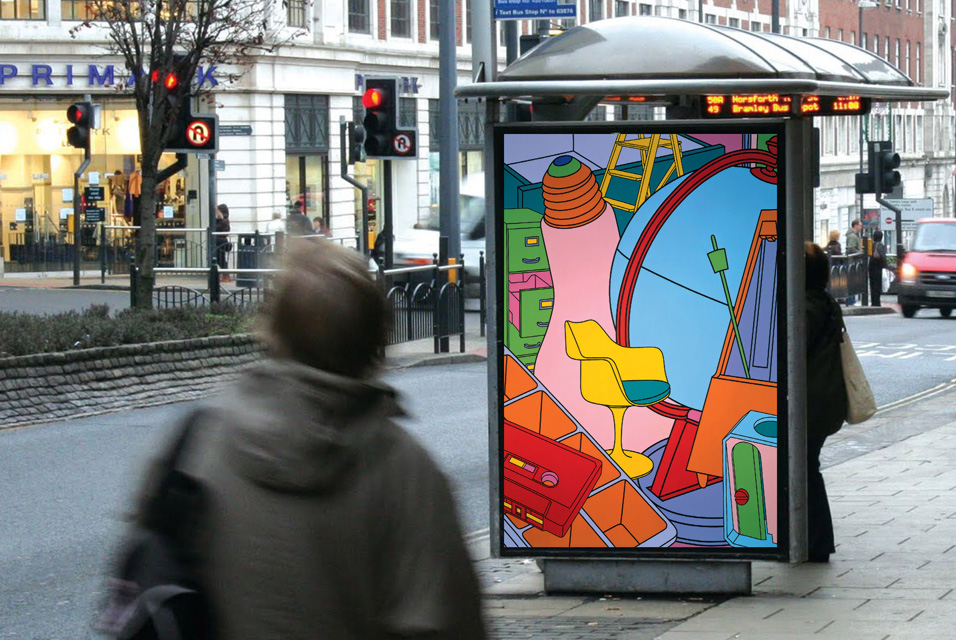 The UK will become the world’s largest art gallery when a unique exhibition, Art Everywhere, will transform thousands of poster sites and billboards into iconic artworks from the national collection, to be launched on 8th August 2013.

Art Everywhere is a collaborative project between Richard Reed, co-founder of Innocent Drinks, the Art Fund, Tate, and the poster industry. The public are invited to help curate the exhibition by selecting their favourite British artworks from a shortlist published from 24th June 2013 on arteverywhere.org.uk.

For one week they can choose their favourite works by ‘liking’ them and sharing them through Facebook. Reproductions of the most popular works – the top 50 – will be shown in the exhibition on billboard sites across the country for two weeks from 10th – 25th August. Members of the public can also become patrons of the exhibition through a ‘crowdfunding’ initiative accessed through the project website. Donations of £3 will buy the paper and printing for one poster site and higher-level donations of £15 or more will be able to choose limited edition rewards by British artist Bob and Roberta Smith.

The project is supported by many leading artists including Damien Hirst who said:

“Art is for everyone, and everyone who has access to it will benefit from it. This project is amazing and it’s democratic and it gives the public a voice and an opportunity to vote for what they want to see on their streets”

Richard Reed, co-founder of Innocent Drinks initiated the idea for Art Everywhere. His passion for the arts led to the idea of having a public celebration across Britain. He said:

“Tate has a commitment to reaching audiences across the UK, beyond the galleries in London, Liverpool and St Ives. We are delighted to have partnered with Art Everywhere in a celebration of British art that will bring some inspiring images to our streets and provoke conversation and debate about the characteristics of Britain and qualities of British Art”

“The Art Fund is all about thousands of people coming together to bring great art into the public realm. Art Everywhere is based on the same premise. It’s about joining in, giving as little as £3, and putting a piece of great British art into the lives of friends, neighbours, strangers. And, by way of thanks, you’ll receive your own work of art by Bob and Roberta Smith to wear.”

Working with Posterscope and Vizeum, the poster industry has donated the thousands of sites; media owners involved include Clearchannel, CBS Outdoor and JC Decaux.