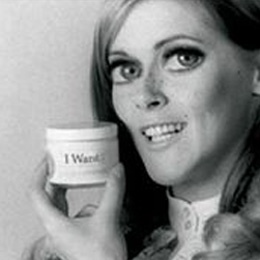 In 1930 the roof garden of London’s famous department store Selfridges was given over to a London Group sculpture exhibition where prestigious members such as Henry Moore and Barbara Hepworth exhibited alongside the work of emerging artists. This is just one inclusive show in the illustrious 100-year history of The London Group, the UK’s longest running artists’ collective.
The London Group have a long tradition of supporting the work of emerging artists through their flagship event, the biennial open. Historically, these shows were seen as exhibiting opportunities for visual makers who had been thought of as minority status artists: young art students, women artists and those making work without commercial gallery patronage.

The golden age for the open submission came after the war. These exhibitions were huge. In the November 1952 exhibition, 360 works came from open submission. Again in the 1980s the shows had very high status again with three large exhibitions at the Royal College of Art Gulbenkian Galleries. The 1990s Opens were held at the Concourse Gallery in the Barbican Centre with the
lected by five guest selectors, Robin Klassnik, Angela Flowers, lliam Ling.

The submissions period for the Centenary Open 2013 is now over, and there has been a record- breaking number of entries this year. Artists from many parts of the world and in all media, from
painting to digital art have submitted work. Artists send in images of their work and contact information with the work being selected on the basis of their images only. No CVs or name- dropping is permitted. The selection committee in 2013 is headed by guest selectors Jane England, Director England & Co, Artist Bruce McLean and Critic Nicholas Usherwood. 76 artists have been selected to show work with 61 London Group members at two exhibitions to be held at The Cello Factory in Waterloo, in May and June where the winners of over £5000 worth of prizes and a solo show are decided.

The London Group has an exciting programme of exhibitions and events throughout 2013. www.thelondongroup.com
www.facebook.com

About London Group
The London Group was formed in 1913 by thirty two artists from The Camden Town Group and English Vorticists, including Robert Bevan, Henri Gaudier Brzeska, Jacob Epstein, Duncan Grant, Wyndham Lewis, Lucien Pissarro and Walter Sickert, with the aim of creating an important artist- led independent exhibiting body to counter balance the power of institutions such as the Royal Academy. Since its earliest inception, the organisation has been an integral force in the growing and supporting of diverse and emerging artistic talent across Britain.

The founding group created a structure for a democratically-run organisation with a written constitution and a mentoring and exhibiting programme that has gone on to support the careers of many of Britain’s best-known artists. Craigie Atchison, Frank Auerbach, Frank Bowling, Mary Fedden, Elisabeth Frink, Terry Frost, Barbara Hepworth, David Hockney, L.S. Lowry, Henry Moore and Graham Sutherland are among hundreds of British artists who, from their post- graduate years through to the height of success, have benefited from membership to The London Group.