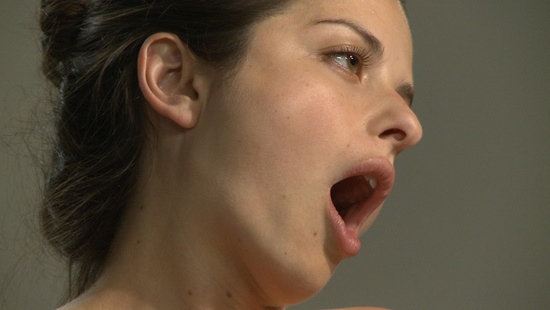 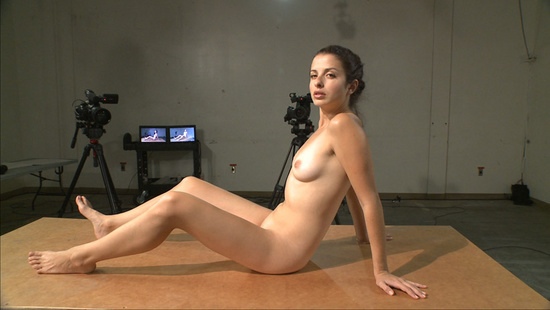 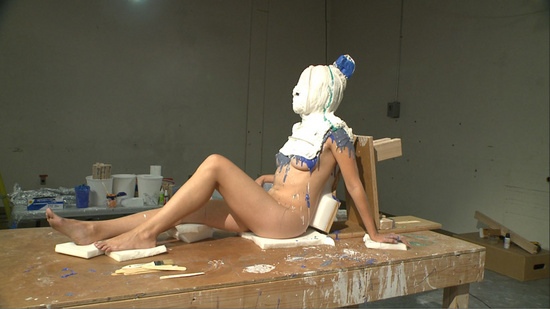 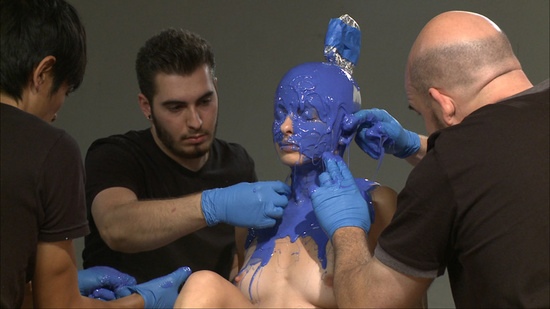 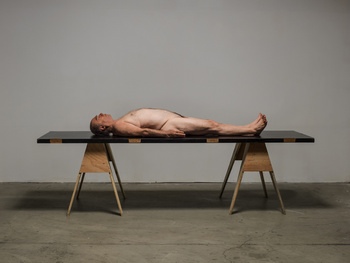 Hauser & Wirth is devoting its entire spring program in New York City to Paul McCarthy, one of America’s most challenging and influential artists, via three interrelated exhibitions and an outdoor sculpture presentation. McCarthy has garnered international acclaim for – and provoked lively critical debate with – a constantly evolving oeuvre characterized by wildly dark humor, Bacchanalian chaos, and tragicomic narratives that connect seemingly disparate bodies of work. His practice is notable for its breadth of forms and emphasis upon performance as a tool for breaching established boundaries between genres; using repetition and variation, he has mined his preoccupying themes across media and decades. McCarthy unleashes debauchery and desire with extreme technical daring, charting a territory where our fundamental impulses collide with our most cherished myths and hypocritical societal norms. His work locates the traumas lurking behind the gleaming stage set of the American Dream and identifies their analogs in accepted art history.

The latest fruits of McCarthy’s explorations will be presented by Hauser & Wirth in New York City with three ambitious shows: ‘Paul McCarthy: Life Cast’ and ‘Paul McCarthy: Sculptures’ will open to the public today Friday 10th May at the gallery’s East 69th and West 18th Street locations, respectively. In June, ‘Paul McCarthy and Damon McCarthy: Rebel Dabble Babble’, a vast, provocative video projection and installation work, will open at 18th Street. The exhibitions are described by the artist as components of a single on-going work in process: ‘They are parts of one enormous puzzle, very much the way members of a family are individuals but at the same time connected as participants in another whole entity’.

The Hauser & Wirth exhibitions will be complemented by outdoor public presentations of two major McCarthy sculptures. The massive bronze composition ‘Sisters’ (2013) will stand outdoors in West Chelsea through the summer on a site along the Hudson River at 17th Street, between Pier 57 and the Sports Center at Chelsea Piers. And the 80-foot tall inflatable sculpture ‘Balloon Dog’ (2013) will be shown on Randall’s Island during the Frieze New York art fair. All of McCarthy’s works on view in Manhattan this spring relate directly to and provide context for the much-anticipated presentation of the artist’s major work in progress, ‘WS’, a sprawling installation and video projection project that will go on view at the Park Avenue Armory beginning 19 June. ‘WS’ will fill the Armory’s vast Drill Hall with a dark and magical forest sculpture featuring soaring trees and a three-quarter scale exact recreation of the house where Paul McCarthy grew up: these sets where he and his collaborators created a video performance work will appear in multiple projections throughout Drill Hall. ‘WS’ uses as its springboard the story of fairytale princess Snow White and those who have commoditized her, in order to explore the Oedipal complexities of family, art-making, the institutionalization of history, and pop culture consumption. ‘WS’ will remain on view through 4 August.

In the 2009 New York City exhibition ‘White Snow’, McCarthy unveiled his first drawings related to the Snow White theme. With their antecedents in the artist’s earlier ‘Heidi’ and ‘Pinocchio’ series, these drawings shifted a familiar European narrative back to the New World and pulled equally from iconic representations of the fairytale characters and recollections from the artist’s own life. Two years later, the 2011 New York sculpture exhibition ‘The Dwarves, The Forest’ reflected McCarthy’s fascination with the aggressive and visceral messiness of the sculptural process as it played out in his exploration of the Snow White story.

The new exhibition ‘Paul McCarthy: Sculptures’ presents the next step in McCarthy’s multi-platform mining of the Snow White story. The new works began with conventional sculpting. McCarthy developed, abandoned, reworked and ‘fucked up’ figures based upon Snow White-themed memorabilia and kitsch figurines. Subsequent bronze casting and woodcarving constituted a journey toward abstraction. In the case of the monumental work ‘Sisters’ (2013), for example, the artist passed through various stages of engagement with a single figure of Snow White. McCarthy started by building a coherent clay caricature; later, he created a second version, a near duplicate; then he combined the two. He removed the heads of these figures, scanned them to develop new versions in different sizes, and recombined the resulting array of heads with the bodies of his ‘twins’. The resulting binary work was mounted upon a platform and surrounded by an accretion of other elements in a performative attack over time. Such willful distortion suggests equally offbeat and charged psychic structures, and places such works firmly in the realm of expressionism. The final 20-foot tall, 40-foot wide bronze cast of this cumulative, baroque composition, ‘Sisters’ will stand outdoors along the Hudson River at 17th Street in West Chelsea as a complement to the sculptures inside Hauser & Wirth’s 18th Street space.

Inside the gallery, visitors will find a substantial group of large-scale walnut sculptures ranging in height from four to 14 feet. These include variations of McCarthy’s fractured fairytale characters White Snow and the Prince. Referencing his 2009 drawings as well as images from auction catalogues, illustrated books, tabloids, and pornographic magazines, McCarthy employs computer mapping of figurines to digitally flesh out and manipulate shapes and details, gradually duplicating and changing the scale of forms. His staged process ‘abstracts through merging’. Appropriating images and narratives from the culture industry, McCarthy looks to Hollywood and draws from its tactics for re-structuring reality. Like Walt Disney, he assumes the role of artist as producer, a role he also performs in ‘WS’. With the latest White Snow works, McCarthy alludes to Disney’s contribution to the Golden Age of Animation and raises questions about how an artist’s work rearranges and deranges definitions of art, culture and thought.

McCarthy’s wood sculptures also embrace the ways in which his material’s grain irregularities and color render compositions of their own. While carving ‘White Snow, Cindy’ (2012), an avatar of innocence reborn as a sexualized saint, the artist found that his material retained its living properties. Innate and unexpected details appeared and figures underwent a metamorphosis as random dark spots emerged in surprisingly strategic places. McCarthy discovered that his Snow White bore an ironic resemblance to a parallel pop culture icon and commoditized emblem of idealized femininity: the American supermodel Cindy Crawford.

Also opening today on Friday 10th May at Hauser & Wirth’s townhouse on 69th Street, ‘Paul McCarthy: Life Cast’ (on view through 26 July) showcases highly developed themes and narratives coursing through and connecting different areas of McCarthy’s vast and complex practice. Here those themes are revealed through platinum silicone life casts – bravura replicas of the artist and Elyse Poppers, one of the key performers in his most recent projects ‘Rebel Dabble Babble’ and ‘WS’.

‘Horizontal’ (2013) is a haunting depiction of the artist in uncanny full-scale replica, naked and prone in the gallery’s skylit ground floor south room. ‘Horizontal’ is a recent ‘repetition-variation’ of the 2005 work ‘Paul Dreaming, Vertical, Horizontal’, in which the artist’s own body was molded standing upright. Defined by gravity’s pull, that earlier sculpture was half-clothed and subtly distorted, its belly and penis distended outward. While ‘Paul Dreaming’ elicits thoughts of death, it also suggests that the artist is very much alive and a bit of a bearded buffoon in socks and shirt, but no pants. ‘Horizontal’ presents an altogether different avatar and, in the artist’s words, ‘makes no bones about the fact this is someone dead, without the mask of a clown or the possibility of sleep and dreaming’. Cast with McCarthy in a prone position, this morgue-like caricature strikes a subversive note in which absurdity and pathos echo one another.

‘Horizontal’ was presaged by one of McCarthy’s earliest exhibited works, the hollow metal ‘Dead H’ (1968), also on view in ‘Paul McCarthy: Life Cast’. ‘Dead H’ – at first glance a Minimalist sculpture in the then-prevailing style – slyly mimics a dead body (and, coincidentally, a toppled twin of the first letter in Los Angeles’ famous Hollywood sign).

An ironic comment upon vanitas and the ambitions and fables of art and culture, McCarthy’s ‘Dead H’ is a fallen hero. Forty-five years later, the artist’s study of the body as a vehicle for liberation and exploitation continues full force. Works on view at 69th Street also include ‘Rubber Jacket Horizontal, Rubber H’, a poignant fragment from the life casting activities of the past year that captures a sunken and hollow portion of the artist’s own torso.

‘Paul McCarthy: Life Cast’ also presents four female figures of uncanny verisimilitude. All are life casts of Elyse Poppers achieved through a series of painstaking processes at the leading edge of special effects technology. ‘T.G. Awake’ (T.G. is an acronym for ‘That Girl’ and refers to another feminine icon, aspiring actress namesake of a hit 1960s situation comedy) is comprised of three life-sized casts of the actress in similar sitting positions, with her legs spread open to varying degrees and eyes cast in different directions. Together these static variations reference the magical effect by which a series of still images can be joined together to become film. ‘T.G. Awake’ found its origins in drawings that McCarthy made of his wife Karen in the 1960s and relates to the first White Snow pencil drawings of 2009. The sculpture ‘T.G. Asleep’ presents the same woman prone, her body curved and hands cupped, a counterpoint to the dead figure of ‘Horizontal’.

The exhibition also includes ‘That Girl’, a four-channel video installation based in the process by which ‘T.G. Awake’ and ‘T.G. Asleep’ were achieved. Capturing the molding process, the model’s live movement studies, and the documentation of these through deliberately positioned cameras, this work brings viewers into the action through which the sculptures on view were made. ‘Life casting liberates the literal through a kind of unifying monotone,’ McCarthy has said. ‘It creates a different representation of the original thing that lets me explore where reality and abstraction intersect’.