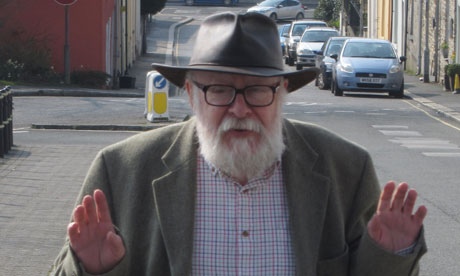 In an interview recorded in 2000 by the British Library, Ovenden said: ‘I’m aware of the sensuality of these young girls.’ Photograph: Ryan Hooper/PA

The Tate has removed from public view works by artist Graham Ovenden, including a screenprint that features an image of a young naked child, saying that his conviction on six charges of indecency with a child and one of indecent assault “shone a new light” on his work.

The 34 prints the national gallery owns were removed from its website and will no longer be available to view by appointment in Tate Britain’s prints and drawings department while the museum awaits “further information”.

The Tate said it was “reviewing the online presentation of these editioned prints by him that are held in the national collection. Until this review is complete, the images will not be available online or the works to view by appointment”.

All the works were acquired in 1975, many from Mayfair art dealer the Waddington Galleries, which exhibited Ovenden’s work in the early 1970s.

The Tate said they were “part of a large gift of almost 3,000 works … at a point when Tate was proactively building its modern print collection”.

At the time, Ovenden, a friend of luminaries such as Sir Peter Blake and Sir David Bailey, had a strong artistic reputation and was yet to be affected by controversies over his depictions of young nude girls.

The 34 works, dating from 1970-1975, depict children. One series of screenprints, titled Five Girls, includes a full-length image of a nude child that would be bound to raise concerns and comment if exhibited today.

Other works are drawn from a series based on Lewis Carroll’s Alice books; others still take a Nabokovian theme, with titles such as Lolita Recumbent and Lolita Seductive. The Alice in Wonderland exhibition at Tate Liverpool in 2011 included a set of eight of Ovenden’s Alice prints.

Ovenden had denied all the charges relating to four children between 1972 and 1985.

Sentencing was adjourned until a later date by the judge and Ovenden was released on bail.

The Tate said Ovenden’s work had been “widely shown over more than 40 years” and that they were only one of several public institutions to own examples of his work.

In an interview recorded in 2000 by the British Library, Ovenden said: “I’m aware of the sensuality of these young girls; I’m moved by their angelic side as well as their demon side; they have a total wonder in them. As an artist, I wish to explore that. Children are beautiful but I don’t flatter them; I draw them with an edge.”

The Tate has no plans to remove the works entirely from the collection. It is bound by act of parliament not to deaccession – remove – works from its collection unless in specific circumstances, for example where the gallery holds a duplication.

It is not the first time that the Tate has faced a controversy relating to images of nude children. In 2009, Richard Prince’s work Spiritual America, an appropriation of a nude photograph of a prepubescent Brooke Shields, was removed from view at Tate Modern after a warning from the Metropolitan police that the image could break obscenity laws.