Subbuteo. For most, an iconic manifestation of the 1980s and 90s, now a nostalgic throwback. A competitive table football game where kicks were flicks, the collective height of the team reached 33cms and an entire World Cup could take place on the kitchen table. However, for a small but significant group of Subbuteo fanatics, the beautiful game never died out. 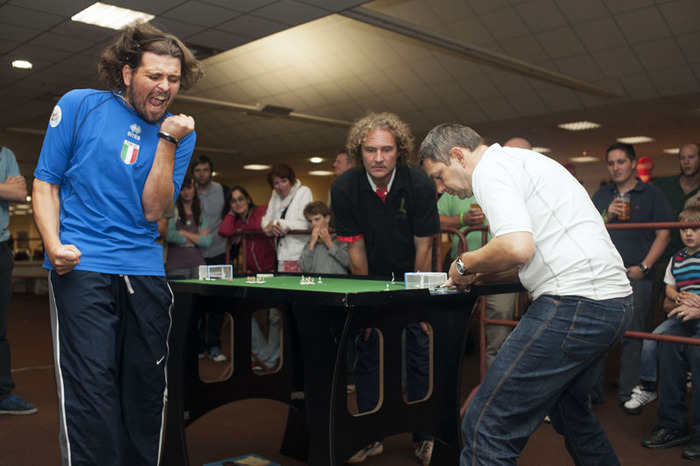 In the Box documents a serious sporting world that few realise is still out there and yet it exists with the same sincerity and fervour as any other sport.

This photobook guides us through the bizarre yet fascinating oddities of the sport which is thriving across Europe today. Included are images of the euphoria, passion and dedication of the world’s top Subbuteo players as well as quotes, providing personal insights in to why Subbuteo means so much to them. Travelling to various tournaments across Europe including World Cup compeitions in Palermo, Sicily in 2011 and Manchester, UK in 2012, the World Masters in Bristol, UK in 2010, the 2011 Italian Championships in Tuscany, the 2012 European Major in Mons, Belgium, and the Cardiff Grand Prix in 2011, photographer Tom Groves has captured with illuminating clarity and humour, the spirit and substance of the sporting world of Subbuteo.

Tom Groves, from Bristol, UK, started his photography education on the HND course at Filton College, Bristol. Since then he has been developing his own photography whilst working in the production department at Magnum Photos, for small photographic start-ups setting up exhibitions and exhibition spaces, and finally for three years as a studio assistant and print technician for Martin Parr, before going freelance in November 2012. 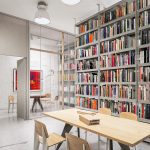 Magnum Photos CEO Caitlin Hughes has announced a new location in Paris which will feature a ground floor gallery, its expansion through an online curated programme of exhibitions and new fine prints selections on its website, the reopening of its London gallery for the newly-launched London Gallery Weekend with a Herbert List exhibition, future new visual identity components and e-activations. 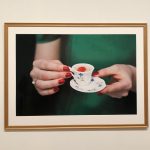 Martin Parr ‘Only Human’ at the National Portrait Gallery

As the clock ticks ominously towards 29 March when Britain is set to leave the EU – with or without a deal – Martin Parr’s 30 year observation of British society through the lens of his camera presents us with a snapshot of our national identity, and an insight into the many different cultures, cults and ceremonies that colour the lives of the lower, middle and upper echelons of society. 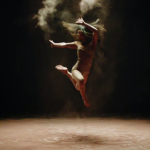