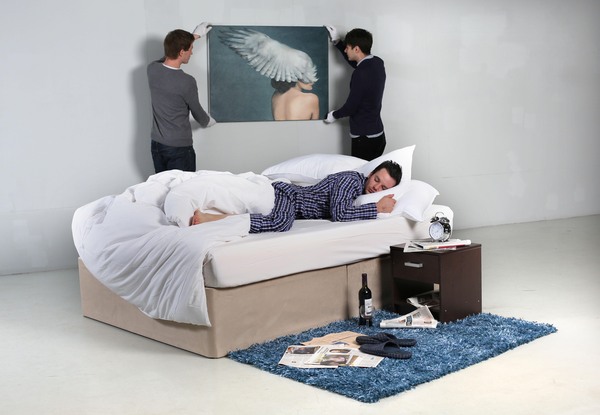 SLEEP NOW, BUY LATER
In a consumer shopping first, one lucky visitor to the Affordable Art Fair this month will be given the opportunity to ‘sleep with’ their prospective art purchase in order to make a fresh and considered decision after a good night’s rest.

Fair organisers hope to put more first time buyers at ease with the one off concept which will be trialled with a single lucky winner at the Battersea Park event. The idea came as a result of research* which found that nearly half (47 per cent) of people found it helpful to sleep on a decision when making a purchase for the home.

Over half of Brits (51 per cent) admitted to taking up to 24 hours to make a decision when buying a piece of art.

The public can enter to win the chance to ‘sleep before they buy’ by tweeting the hashtag #sleeponit by no later than midday on Wednesday 6th March.

The lucky winner will be notified on Thursday 7th March and be invited to attend the fair on the day of their choosing, select their prospective piece of art to sleep with for the night to allow them some time to relax and consider their chosen work.

To announce the initiative, the Affordable Art Fair has created an original image, inspired by a famous installation shown at the Tate, to demonstrate what the winner will experience.

The Affordable Art Fair runs at the Battersea Evolution building in Battersea Park from 7 – 10 March.