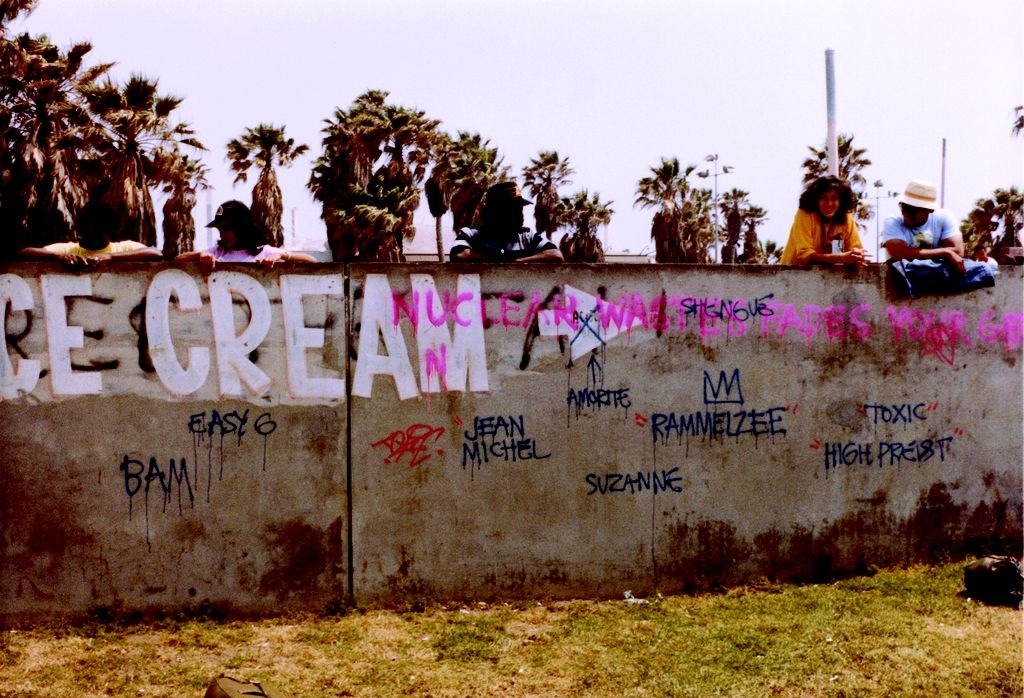 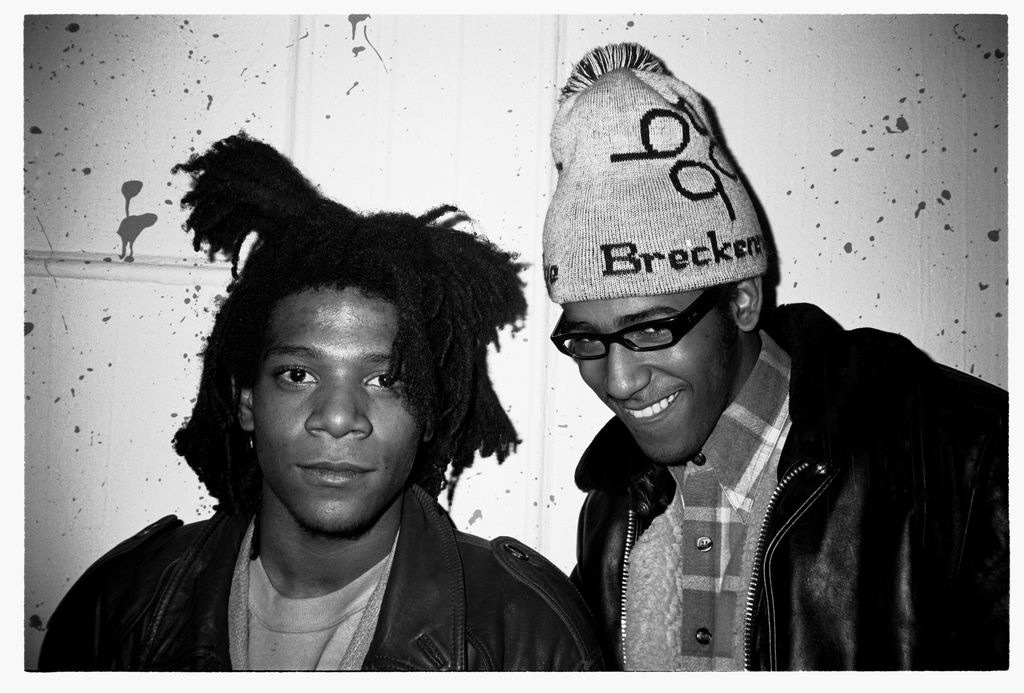 An exhibition featuring art from Toxic the only surviving member of a powerful and hugely influential group, whose story is told using the narrative of exclusive film, music, art and mixed media from and featuring all three members of The Hollywood Africans. Also includes film by Salomon Emquies and photographic images by Christopher Makos. Music and performance footage from and by the NY collective Gray.

It is safe to assume that most people who have some inkling of the art world have heard of Jean Michel Basquiat – The talented young black hip 80’s ‘street’ artist, fawned upon by Warhol, shown by Larry Gagosian and BrunoBischofberger and others of note and who tragically died of a drug overdose, aged 27. The market value of his work now runs into the many millions.

One fact that is somewhat overlooked is that Basquiat didn’t work in isolation, he was very much part of the Downtown scene, he formed long lasting friendships and relationships and became part of collaborative groups, be they musical or art collectives. He was in a band called Gray and was a regular at ‘new’ hot spots such as theMudd Club, Club 57, CBGB’s, Hurrah and Tier 3.

He was in the happening crowd of filmmakers, artists and musicians, such as David Byrne, Blondie and Madonna. Whilst enjoying the ‘buzz’ of the scene, Basquiat never loses touch with the flowering musical and cultural movement happening in Harlem, the Bronx and Brooklyn. The nascent Hip Hop and Rap genre brought him in close contact with the key DJs, producers and Graffiti artists of the day. Two central figures were the rap musicians, artists and producers Rammellzee and Toxic.

The trio became good friends and in 1982 the three of them travelled to Los Angeles, where they were struck by how backward the film industry was in regard to portrayals of African Americans especially during the 40’s and 50’s. The only roles seemingly available were racial stereotypes and ‘Uncle Toms’. This led the trio to call themselves ‘The Hollywood Africans’ as social and political comment on that period. Whilst in LA, Basquiat paints and titles, ‘Hollywood Africans’ along with several other related works, which is now in the Whitney Museum of art.

This is a seminal piece as it includes a portrait of the trio as well as text and images alluding to these limited parts, such as gangsters (GANGSTERISM) and plantation workers (SUGAR CANE, TOBACCO).

The group remained tight knit in New York and worked together to produce a rap record along with A-One and Al Diaz. Toxic continued to be Basquiat’s close friend and travelling companion as well as collaborator and in the following year they traveled to Jamaica with Nick Taylor.

Toxic and Rammellzee’s work stems initially from the spray can, an aesthetic which was now beginning to be seen as a distinct ‘street’ art movement. The bright and bold lettering that appeared on the side of subway trains were moving canvases, allowing a new wave of graffiti artists to have their work seen throughout the Boroughs of New York. Toxic and Rammellzee were directly influenced by this new typography yet were never considered as graffiti artists. They carved out their own niche and were crucial in bringing original art and music from the Bronx and Queens to a mostly white audience in the downtown scene. The galleries were finally waking up to this raw and authentic art form

These artists are now what we call ‘Old School’. They pushed the boundaries of what was considered as art as they created artworks that were fresh and new, far removed from the realm of elitist galleries. They were outsiders and produced work that was as Toxic states, ‘on their own terms’. They formed their own distinctive style and were more interested in respect from their peers and contemporaries, rather than what the so-called art world could offer them.

The ‘Hollywood Africans’ group was in part a response to general prejudice and snobbery. The work created was free of any of the great European art traditions. Toxic and Rammellzee made bold abstracted work, vibrantly colourful and dynamic in movement. They had no need for a representational art, when their reality was so harsh. They made work that flowed directly from imagination through to the immediacy of the can. Rammellzee experimented with materials and built up surfaces using epoxy resin. Toxic stayed true to the spraying technique and worked on canvases pinned to the wall.

This exhibition puts all three friends and artists together into a historical context with previously unseen film footage and photographs of the trio. The title Last of the Hollywood Africans refers directly to Toxic, who is the last surviving member of the group. Just before Basquiat’s untimely death Toxic moved to Italy, Jean would phone him constantly to check up with his old friend making sure he was OK and learning Italian. Toxic also travelled around Europe, taking his art and music with him. He has since returned to New York along with periods living in Paris, where he continues to create innovative work.

Basquiat may be the most famous and posthumously the most successful, but if it wasn’t for Rammellzee and Toxic then our concept of ‘urban’ art today may be very different indeed. They were the pioneers and this show aims to reflect their significance, not just as artists but also as musicians and cultural tastemakers. As Toxic states, ‘B- Boy rule number one – Be original’.

The Private View on Friday 15th February will include an after-show event at The Scotch Mayfair featuring the acclaimed DJ Lord Jazz from the New York Hip-Hop trio Lords of the Underground.
The Private View is Invite only.

About the curator
The Last of the Hollywood Africans is curated by Jon Sexton who is the founder of The Proper Artists Group, dedicated to representing both emerging and established artists internationally. He has been a good friend of the artist Toxic for many years now, having spent much time in NY and LA since his teens. Jon met both Rammellzee and Basquiat during a summer spent in New York as a young fan of their work. He soon began collecting works from both Haring and Toxic as well as other NY artists, and would often use Graffiti artists to design record sleeves for the many record labels he has managed since the early 90s.

Jon has worked with numerous groundbreaking artists, creatives and musicians over the years, including Tricky from Massive Attack, members of The Prodigy, Finley Quaye, Judy Blame and Doze Green as well as acclaimed photographers Jean Baptiste Mondino & Juergen Teller.

You will be able to find out more about Jon at www.theproperartistsgroup.com 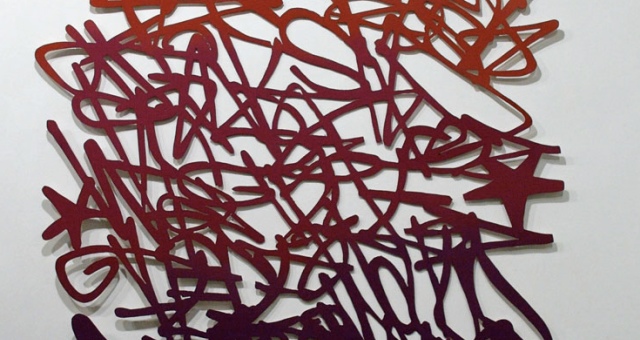 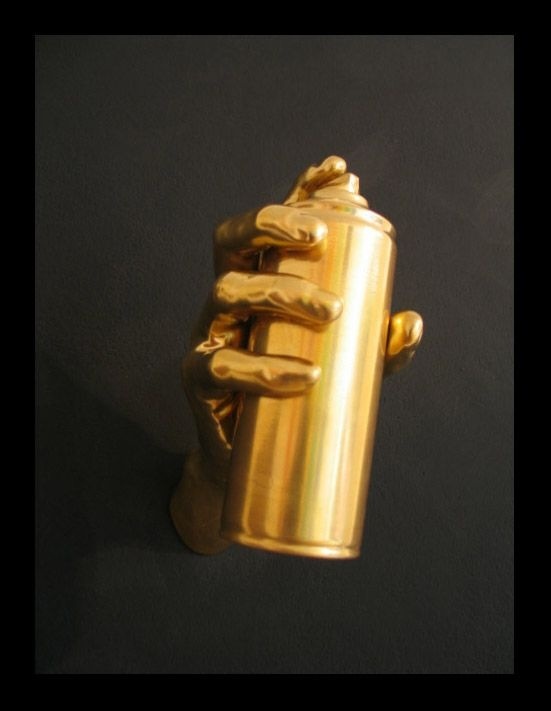 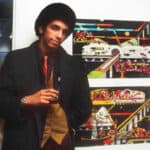