Illustrator Barbara Nessim: 'I was just steering my own ship' - FAD Magazine
Skip to content 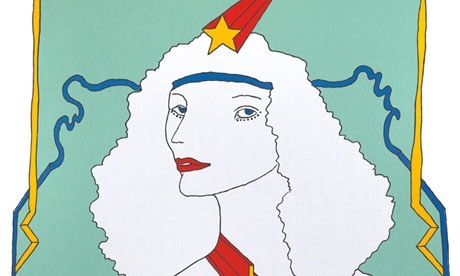 A detail from Star Girl Banded with Blue Wave by Barbara Nessim, 1966.

This article titled “Illustrator Barbara Nessim: ‘I was just steering my own ship'” was written by Hermione Hoby, for The Guardian on Tuesday 5th February 2013 08.29 UTC

In 1956, in a tiny apartment in the Bronx, Barbara Nessim‘s parents ceded a corner of their bedroom to the eldest of their three children. This small space formed 17-year-old Nessim’s first studio. Now, half a century on, Nessim is one of the world’s most revered illustrators, and her current workspace – a vast Manhattan penthouse with artworks stacked five deep against its walls – reflects that reputation.

Nessim and her assistants are preparing for a major retrospective at the V&A in London, and for the publication of a book, Barbara Nessim: An Artful Life, which spans 50 years of a groundbreaking career as one of the first female illustrators, and a pioneer of digital art. She has been in New York her whole life, and always seems to have been close to whatever heat the city was generating: there was the second-wave feminism of the 60s and 70s, when she shared an apartment with Ms magazine founder Gloria Steinem; and her involvement in the febrile fashion and music scene of the 70s and 80s (she had a love affair with glam-rock icon Marc Bolan and remains friends with designer Zara Rhodes and artist Milton Glaser).

Her work has never really fitted into any art movement, however. Her own drawings and all her commercial illustrations for American magazines – including covers for Time, Rolling Stone and Harper’s – look unmistakably hers, with their undulant, expressive lines and graceful, androgynous figures full of humour and pathos.

Her career began at Brooklyn’s Pratt Institute in the 1950s. This was a time when, she points out, “the rigours of what you were supposed to do and be were very set. I was never a rebel, but I was a very quiet rebel. I listened to my parents, I was a good girl, but I wasn’t getting married. I loved to dance, I loved rock’n’roll and salsa. I made all my own clothes, so I’d come to school in high heels, stockings, ready to go dancing.”

To her black-clad classmates she seemed hopelessly unserious. “Because ‘serious’ was classical music, jazz. You had to read On the Road by Jack Kerouac and if you were a real artist you were going to suffer. Well, that wasn’t me. Suffering? I don’t think so. I don’t think suffering is in my DNA.”

Nonetheless, one bout of heartache did come in handy. “In my senior year, I really liked somebody. And it didn’t work out. It didn’t work out because we never really got together. I don’t know if that’s called unrequited because he didn’t even know. But I was feeling very melancholy. In school, I was doing these large, abstract paintings; they were nice, they got A grades, and they were what was expected. But for myself, I was doing these little allegorical paintings, situations that I wished for. They made me feel better.”

One day, a bundle spilled out of her locker in front of her tutor, the painter Walter Murch, who seized on them. “I said, ‘They’re nothing! They’re just things I want to do.’ And he said, ‘Well what do you think art is?’ I started expounding about colour and form and pathos and whatever. And he goes, ‘You know what? Art is something you do for yourself, just like what you’re doing here. I think these are wonderful.’ It was a revelation. As I’m saying it now, it gives me the chills.” She rubs a goosebumped arm and repeats Murch’s line: “Art is something you do for yourself.”

Ever since, she says, she’s felt confident in her voice. Women, she adds, respond better to her work and its quietly feministic imagery. “Men understand it later,” she smiles. Her best-known cover is from a Time magazine story from July 1982, about women’s “climb to equality”, in which a resolute female figure faces a staircase drawn across a weeping (“or sweating”) face.

Star Girl, another signature drawing, was made while she was living with Steinem. “We both had our own lives,” Nessim says, “but she’d sit in one corner writing and I’d sit in one corner doing my illustrations, and we’d show each other our work. Six years we lived in one room, and never had an argument, because we’re so similar temperamentally.”

As for being a digital pioneer, Nessim says: “I really was the first illustrator to work with computers. I can’t tell you how many people thought it was a fad.” She picks up her iPad, deftly flicks through pdfs of her book, and says: “What’s really interesting about having a show in the V&A is that all these years I just kept doing my own thing, never knowing where I fit in. I still don’t know where I fit into in this big art world.”

She breaks off and says brightly: “Do you want to see my sketchbooks?” There are dozens, numbered and arranged by year, in an extraordinary archive that her assistants are busily digitising and turning into books via self-publishing website Lulu. “I never feel blocked and I don’t know why,” she says. “If I get a job, I can always do it. As soon as somebody tells me what the job is, I’m already making sketches on the phone. I have to be working all the time, because I need to know what I’m thinking, and I won’t if I don’t see it.”

She shows me her very first sketchbook, its spine flaking, its pages yellowed and musty. She takes down another – 1963 – and opens it to a delicate drawing of a woman with a thin string around her shoulders. “Constrained,” she explains. “You could break out, but it wouldn’t be wise to break out of that little bow. Not angry – just what it was.”

Then she comes to a scruffy little ink cartoon of a grinning figure turning a ship’s wheel. “This is a dream I had about me steering a ship.” She lifts the magnifying glass worn around her neck to peer at it and laughs. “I was just steering my own ship,” she says.

V&A shares over 1.2m objects as it revolutionises digital access to its collection.

For the first time, Explore the Collections brings together data, stories, images and content about the V&A’s vast and fascinating collection in one place. 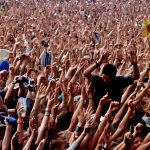