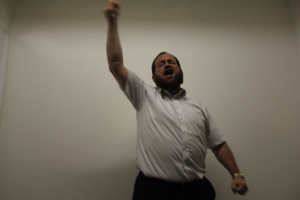 Predicting the careers of young artists is a perilous game, for outrageous fortune has a good many slings and arrows in her armoury. But the fourth edition of the Catlin Guide attempts to do just that, picking out 40 of the most intriguing recent graduates from British art schools from Bournemouth to Glasgow.

According to Justin Hammond, the curator who narrowed down the shortlist of 200-odd graduates “through a process of studio visits and stalking”, the year’s haul has seen a “particularly diverse” selection, with work ranging from oil painting, sculpture and installation to video to performance.

The recent calming of the art market in the face of the recession is taking its effect. “There’s a good trend of artists who are not making market-ready art,” said Hammond. “And that’s really positive.”

One manifestation of that trend is the prominence of performance work: artists making live art range from Lydia Brain, a recent graduate from Wimbledon College of Art, who creates video and performance about men from Hasidic Jewish communities; and Andrew Gannon from Edinburgh College of Art, whose work, he writes, may consist of “performing unrehearsed rope escapes and painting the faces of gallery invigilators”.

The opening of the Tanks at Tate Modern last year – and the appearance for the first time of a performance artist, Spartacus Chetwynd, on the Turner prize shortlist – has confirmed the current interest in performance art among artists and curators.

There’s also some refreshingly upfront feminism in the guide, which will be launched on 16 January at the London Art Fair. The work of Hannah Lyons, she writes, “is concerned with aspects of personal inadequacy and the undesirable and unwanted feelings associated with being a bloody woman”. The work she shows in the guide is an armless, headless, classical-style sculpture of a skimpily draped woman, titled Ironic Piece of Work by a Female Artist.

According to the art historian Ben Street, who has contributed the guide’s foreword, there is something else that draws many of the artists in the book together. If the work of recent Turner prize winners could be characterised, through its quietness and self-effacement, as a riposte to the bombast of the YBAs, young artists emerging from colleges now are, perhaps, post-post-YBAs. There is, writes Street, “a shrugging-off of the Oedipal battles of the modern past, towards an acquiescence, and engagement even, with aspects of art’s history. They’ve decided … ‘that the grandparents were cool’.”

Nearly a quarter of the artists, for example, are painters. One, Steven Allan, paints “humanised objects such as bananas, teapots and paint tubes”. So far, so peculiar, but his work We’re All In This Together is a knowing reworking – with bananas – of Poussin’s A Dance to the Music of Time. Another, Philip Booth, who recently gained a BA from Camberwell College of Arts, works in as unfashionable a genre as still life. Hyojun Hyun, from the fine art MFA at Glasgow School of Art, makes paintings that attempt to capture “the new shapes and textures of the neglected, disorderly urban landscape” – fleeting moments of beauty amid the rough-and-ready streets of his adopted city, so “different from Seoul”, his hometown.

According to Hammond, the guide is about “locating potential; I try not to burden the artists with hyperbole”. He adds: “A lot of collectors ask me, ‘Who’s the new Damien? Who’s the new Tracey? I guess even if I did know, I wouldn’t tell them.” 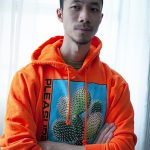 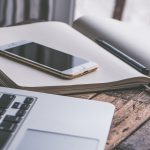 Repositioning Your Business As Everyday Life Changes Once Again

This time last year, the futures of businesses small and large hung in the balance as the coronavirus pandemic spread […]