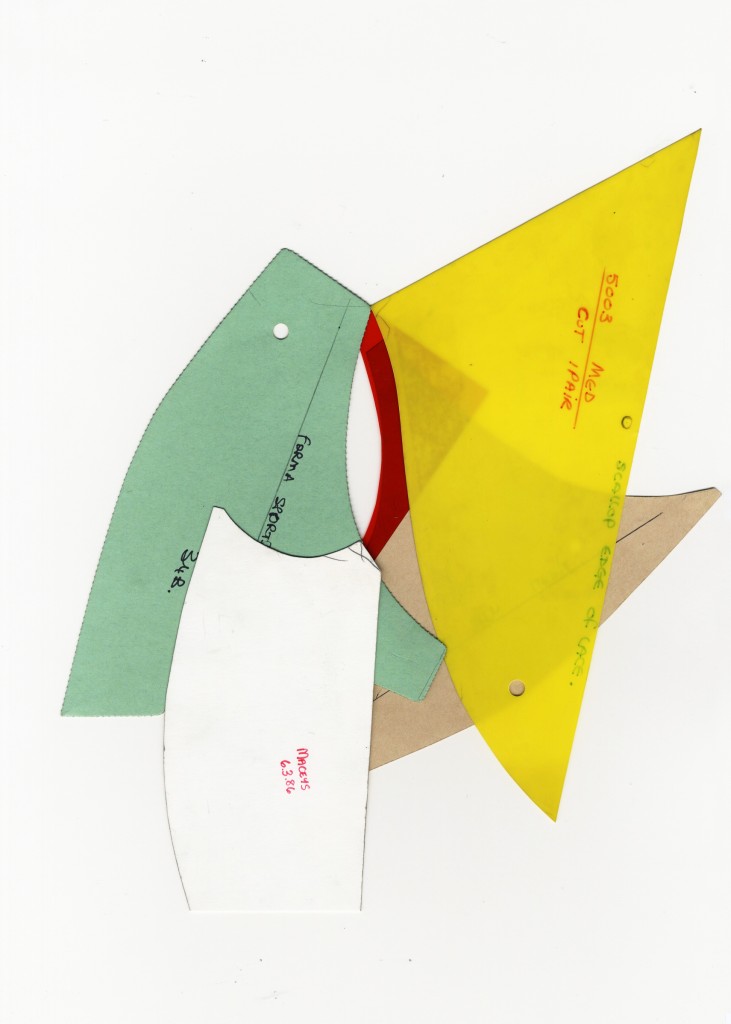 For their Christmas show Long White Cloud is to present a body of work titled Lady Gardens by collage artist Hormazd Narielwalla. The work is in keeping with the season – a celebration of birth. Two words side by side that make an indelible impression on all who hear them. Children may see flowers pretty and peculiar. Men see mother, mouthwatering and mysterious. Women see themselves flattened, flattered or flaunted. The space around Narielwalla’s bold collages invites the individual imagination of the viewer to blossom. He breathes life into women’s lingerie patterns from 1970’s London; and antique tailoring patterns rescued from the 1930’s onwards all too often left orphaned by deceased gentlemen whose shrunken shanks have no need for fabric. Freed from function tailoring patterns are drawings ahead of their time; anthropomorphic in origin and beautifully abstract in isolation. This is an artist who hasn’t touched this particular muse since birth yet like any man cannot resist but return to the grip of those lips that first spoke his name.

About the Artist:
In October 2009, Paul Smith presented Narielwalla’s first solo exhibition at his Mayfair gallery. The concept of his artistic quest is to interpret and communicate patterns as abstract shapes of the human form; using this unique theme in his work he narrates untold tailoring stories. Most recently he was commissioned by the Crafts Council, England to make a piece for their National touring exhibit Block Party, showing along artists Yinka Shonibare, Charlotte Hodes and Dai Rees, curated by artist Lucy Orta. Narielwalla is also the author of The Savile Row Cutter, the Biography of Master Tailor of Dege & Skinner – Michael Skinner and Dead Man’s Patterns, a limited edition Artist book. The book was acquired by several art collections around the world including the Rare Modern British Collections at the British Library.