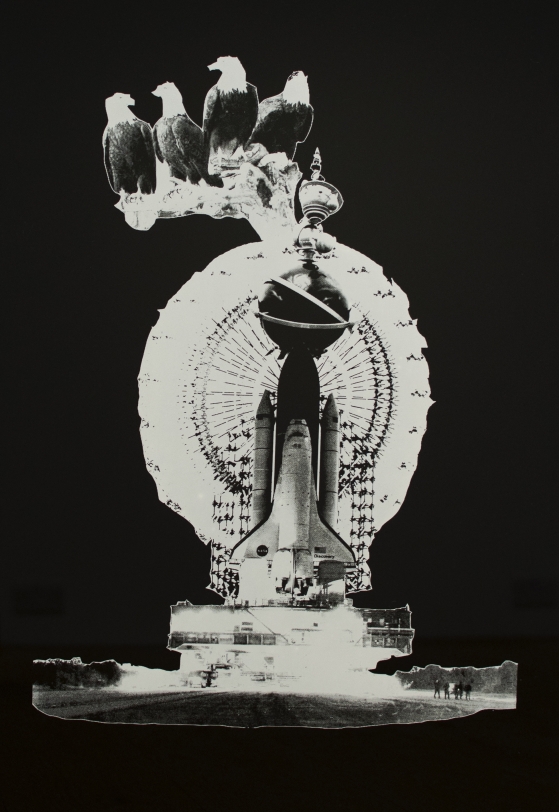 ArtEco Gallery, London, is showing the group exhibition ‘Chromatic, it features works by Hector Castells, Luna Jungeun Lee and Juliette Pearce, and explores different perspectives in an intense burst of colour and line. Whether through panoramic paintings, experimental photographic work or coloured mosaic fragments, each of these three artists explores the gallery space through their own unique viewpoints, providing a rich interplay of tone and texture.

For Spanish artist Hector Castells-Matutano, the lightbox works which will be on display in ‘Chromatic’ hark back to experimentations with diapositive (slide) film in the mid 1990s. Collecting and creating his own slides, Castells-Matutano examines colour, abstraction, street images and the landscape. In doing so, he creates his own unique view of the world, whether through a slide carousel accompanied by live music and spoken word or through film and video. Castells-Matutano combines footage of the world around him (from a street riot to sharks in an aquarium) with colour stripes to give it an abstract feel; in doing so, he seeks to make visible that which is hidden to the normal eye. “Taking a picture of the street isn’t something I can really explain,” says Castells-Matutano. “It is more of a reflex act, an automatism, that leads me to put images together in this way.”

The act of surveying and archiving is also present in the works of Korean artist Luna Jungeun Lee. Applying traditional Western printmaking techniques to traditional Korean aesthetics, she spends each morning searching for images on the Internet. This half-conscious morning condition has been likened to the automaton-like state of stream of consciousnesses. It allows her to “identify my position within the world and makes me reflect back to my delicate existence in the ephemeral dreams of everyday life,” explains Lee. Seeking to question the equal value of images, objects, possession and the possibility of autonomy in the unseen virtual networking system of our globalised world, Lee attempts to free herself from prefixed notions and structures. “I want to create things that exist and traverse between the margins of two worlds,” she continues. “Perceptible yet imperceptible to the eye: This is why I don’t like to emphasise the heaviness of gravity in my work. It has led me to work with materials that are naturally transparent, erasable or easy to break.” Working in collage, Lee constructs and deconstructs to erase and rebuild our images of the world around us.

The third artist in ‘Chromatic’, Juliette Pearce, creates paintings based on photographs of places she has visited. The French artist explains that “these are places designed for human use but with no human trace. I consider these empty spaces as sets that can be lit up to allow for various narratives to unfold.” By painting such fleeting moments, the moments between the actions of people – before or after their presence – she captures urban and country spaces in a state of repose. Yet the knowledge that this stillness may be broken at any second fills us with a sense of anticipation. Playing with perspective, detail and the interplay between the real and the dream-like, Pearce enjoys probing the tension between two opposite extremes of realistic representation. “There is a sense of artificiality to my work,” she muses. “An ambiguous light emanates from colours that are bright, acidic and highly saturated. The proposed point of view is voyeuristic. The irony is that the viewer gets to look into scenes that are devoid of human presence.”


About Luna Jungeun Lee
Luna Jungeun Lee was born in 1985, Seoul, Korea. She received her BFA in Fine Art from Kook-Min University, Seoul in 2009, followed by a Masters in Fine Art at Goldsmiths College, London in 2011. Her work has been short-listed for the Clifford Chance Post-Graduate Printmaking Prize in 2011, and became the People’s Choice Winner of the Shape Open Art Prize in 2012. She had an Artist Interview with Saehee Son supported by British Council of Korea. She took part in the Artists Residency, The Florence Trust in London from 2011-2012 and The Artexperte, Buenos Aires, Argentina in 2010. Her work has been exhibited in China, Germany and throughout the UK- including the Royal Academy of Art’s Summer Exhibition. She currently divides her time between her studio in Seoul and London. For more information, visit www.lunalee.kr

About Hector Castells-Matutano
Born in Barcelona in 1978, Hector Castells-Matutano studied sculpture at the Royal College of Art, graduating in 2012. Before this, he studied biology at the Barcelona’s Universitat Autónoma. Recent solo exhibtions include Ripper Teeth in Action, Modern Art Oxford, 2011-2012; The Jungle, curated with Ilenia Bombardi, Post Gallery, London, 2011; Diggers, Heygate Estate SSE space, London 2011; Communion and Transfiguration, Sculpture Project Space, London, 2011 and A Stag Beetle in Canal Bridge, curated by Marie Canet, ChinaGirl Space Galerie Cortex Atletico, Bordeaux, 2011, as well as numerous group exhibitions in London and Paris at venues including the Pompidou, and festivals such as the London Spanish Film Festival and the Kilburn Festival, London.

About ArtEco Gallery
ArtEco Gallery is the conceptual brainchild of Kristin Hjellegjerde, serving as a creative outlet following the success of her art blog of the same name, established in 2010. After moving from New York to London, Hjellegjerde decided to establish the gallery in south west London in order to offer a fresh outlook for Contemporary art in this part of the city. Based in Old York Road, the gallery seeks to showcase both emerging and established Contemporary artists from a range of backgrounds in an intimate and personal environment. Previous exhibitions include the inaugural After Munch, as well as Manmadegod and Encounter. For more information, visit www.artecogallery.com 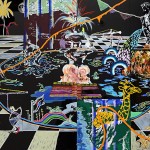 Currently exhibiting in DegreeArt’s Post Digital – Are We There Yet? Exhibition, we speak to Luna Jungeun Lee