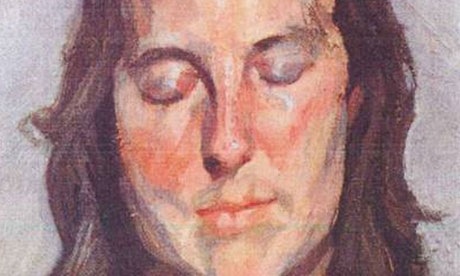 This article titled “Dutch art theft: a pick’n’mix of paintings reduced to criminal collateral” was written by Jonathan Jones, for The Guardian on Tuesday 16th October 2012 16.23 UTC

Lucian Freud’s Woman with Eyes Closed is a beguiling picture of a sleeper whose warm multicoloured flesh floats and billows on the canvas. It is a work that is hard to forget, which is just as well now that it has gone into the shadows of the criminal underworld along with six other paintings by modern masters. Will they see the light again?

Stolen art has its own subterranean existence, one rarely as romantic as in thrillers. Are there super-criminal collectors out there whose secret bunkers in the Carpathian mountains are stuffed with stolen treasures? Maybe, but most art thefts are the work of organised crime outfits whose main businesses of drugs and extortion give them little insight into the finer things of life.

Instead of coveting art for art’s sake, or even to sell, they see it as collateral in illicit business deals or, even worse, as a vaguely valuable asset they don’t really know what to do with. The theft of Munch’s Scream in Norway a few years ago involved a racing driver and a drugs syndicate; the painting was stashed roughly in a van. A Caravaggio stolen decades ago by the Sicilian mafia seems to have been destroyed through sheer brutal clumsiness.

Let’s hope the theft of seven modernist paintings from Rotterdam’s innovative Kunsthal, built by the architect Rem Koolhaas and celebrating its 20th anniversary, has a kinder outcome. These are powerful pictures. Monet’s London is a foggy city of twilit urban romance – he painted his views of London bridges, of which two have been nabbed, on trips to the riverside Savoy hotel. These two eerie visions of London recall TS Eliot’s invocation of the “unreal city” in his poem The Wasteland.

Gauguin’s Girl in Front of Open Window is a touching example of this pioneering artist’s twin fascinations with beauty and cultural difference: a portrait of a girl in peasant garb, not quite of the modern world, her face dreamy and even genderless. And who wouldn’t want to own a Matisse? The wild man of colour portrays a young woman reading. At first glance it may seem a quiet picture, but look closer. Matisse creates a dazzling play of brilliant surfaces that suggest feeling entirely through colour.

Yet any idea that a tasteful collector commissioned this theft is undermined by the inclusion of Meyer de Haan’s Self-Portrait. No offence, but this comparatively minor Dutch artist does not really belong in the company of the others whose works have been stolen. Imagine yourself in black sweater, mask and gloves dangling from the ceiling by a wire (or, more banally, walking through the gallery with a sack). Would this really be among your seven to steal? It surely suggests either a local eccentric or a crass pick’n’mix.

Picasso’s 1971 Harlequin Head is a spikily personal treasure. It has the comic desperation of his late works, the angry self-knowledge of a genius at the end of his rope. What was the point of taking such art? Picasso is far too exhaustively catalogued and photographed for a work by him to be quietly sold. It might be held to ransom. It might be stashed away and left to rot. Such are the bizarre realities of art theft, a mad and often massively destructive crime. 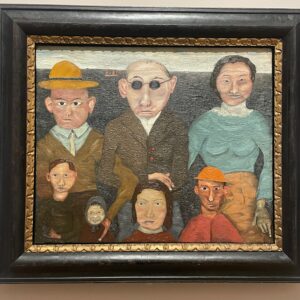 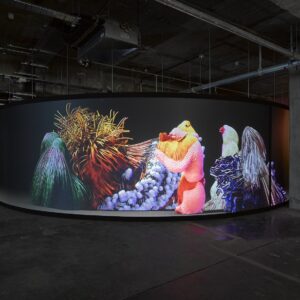