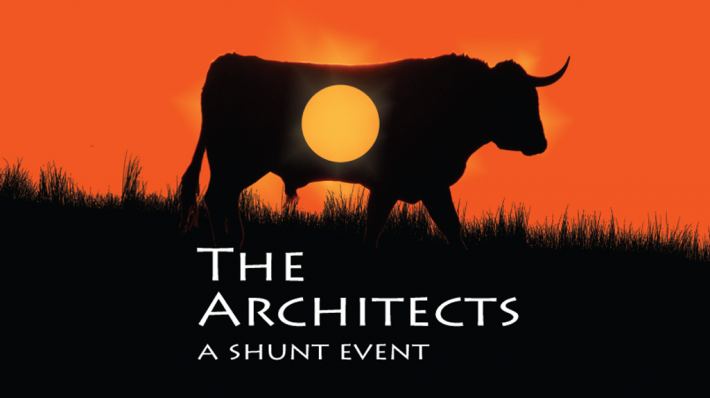 This article titled “Shunt to create labyrinth in London warehouse” was written by Matt Trueman, for theguardian.com on Tuesday 14th August 2012 12.19 UTC

Experimental theatre company Shunt are to create a version of the ancient Greek labyrinth in a London warehouse as part of their first new show in three years.

The Architects, a contemporary retelling of the Minotaur myth, will play in a former biscuit factory in Bermondsey from 27 November. Based on the Jorge Luis Borges short story The House of Asterion, which recounts the Minotaur’s version of events, the production will examine ideas of heroism and political propaganda.

Shunt founder-member David Rosenberg, whose own work includes Motor Show and the site-specific King’s Cross work Electric Hotel, told the Guardian that the company had become particularly interested in “fearmongering and what it would take to make an entire country sacrifice their children.”

The company are known for large-scale works in unusual London locations and have twice won Peter Brook Empty Space awards. Formed in 1998, their past shows have involved showgirls riding hearses, neon tennis matches and humping hoteliers.

Though press materials describe the new piece as a “wildly disorientating performance,” its exact nature is still being devised, but the audience will not be confined to watching alone. Rosenberg explained: “We are trying to find ways that audience take on a role within the performance without necessarily having to participate.”

Since the closure of the Shunt Vaults in 2010, the company set up a second venue in a disused tobacco factory nearby, which housed their previous show Money among other performances. Their new space, however, will not showcase a full programme of work beyond The Architects.

“The work of running a venue is something we wanted a little break from,” said Rosenberg, “There are various licensing loopholes to jump through, but we hope that there still will be the opportunity in the space for some late nights and some other activity.”

The good news, however, is that “there might be a more continual Shunt presence” after this show, as Rosenberg says the company are starting to explore the possibility of touring work. “For this next period of time we’re going to focus on making work in a variety of different spaces.”

Unlike Shunt’s previous performances, The Architects will have a limited run and is set to close on 6 January 2013, with tickets available via the National Theatre. “All our other shows just carried on until there was no one left to see them,” said Rosenberg.