From Shakespeare to Sunflowers: masters take over the week in art - FAD Magazine
Skip to content 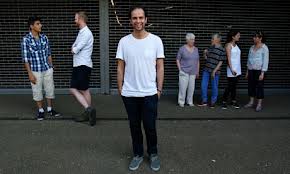 This article titled “From Shakespeare to Sunflowers: masters take over the week in art” was written by Jonathan Jones, for theguardian.com on Friday 10th August 2012 10.59 UTC

Exhibition of the week: Shakespeare: Staging the World

Popular theatre was Britain’s most spectacular contribution to the cultural movement called the Renaissance. For Shakespeare and his rival Christopher Marlowe, the culture of Italy where the Renaissance was centred was the definition of modernity. Shakepeare for instance made the name of the dangerous Renaissance thinker Machiavelli famous in Britain. This exhibition is not just for theatre fans, but for anyone interested in the birth of modern culture.
• British Museum, London WC1 until 25 November

Picasso and Modern British Art
The British modernists are dwarfed by Picasso in this show which has some terrific works by him.
• Scottish National Gallery of Modern Art, Edinburgh, until 4 November

Vincent van Gogh, Sunflowers, 1888
Summer blazes so hot in this painting it hurts. Van Gogh’s north European eyes are aflame as he settles into a new home in Provence. When Van Gogh, after a difficult struggle to learn art as an adult, went to live in Arles he started to turn his home there into a community for artists and painted this heady work to decorate it. The yellows are invincible, joyous and unbearably intense.
• National Gallery, London WC2

Why Robert Hughes was Australia’s answer to Dante

All about one artist’s mission to Mars

Share your art on the theme of sport now

Check out our Tumblr