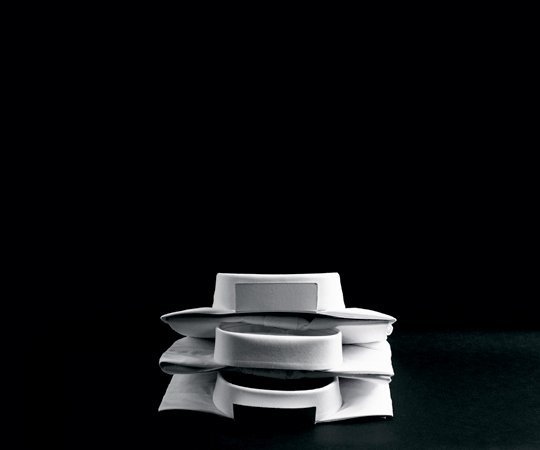 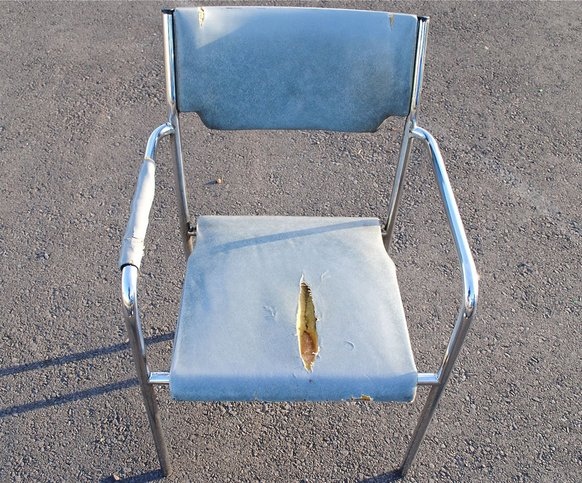 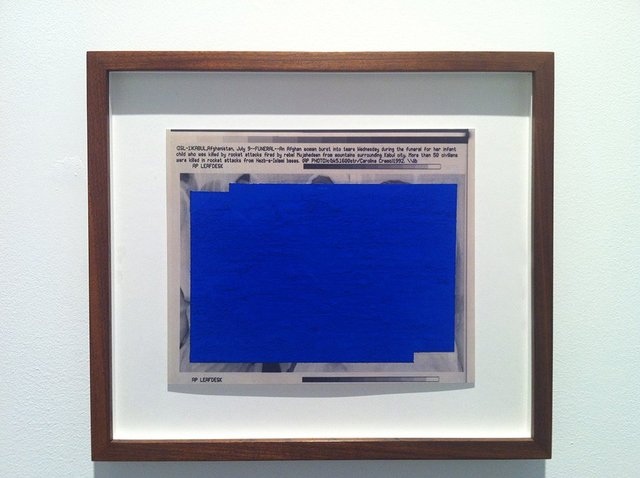 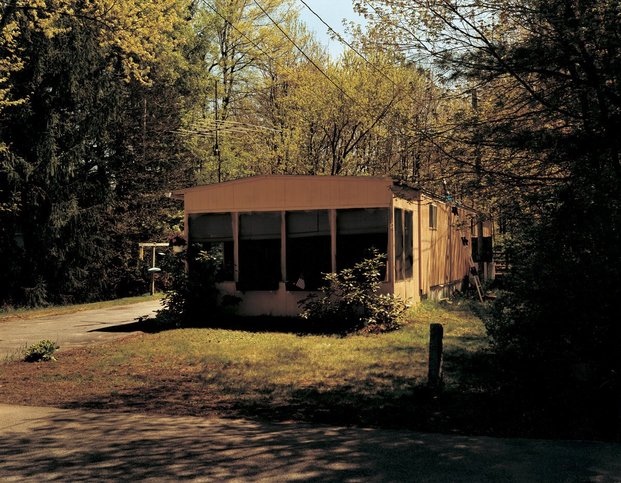 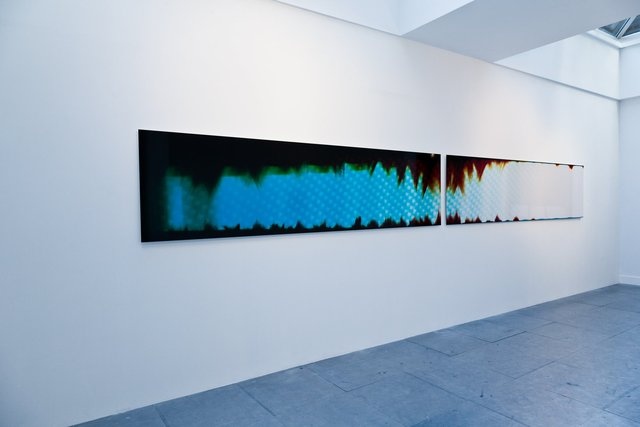 Against the darkness, three piles of paper: pristine and white. Their contents unknown to us, or perhaps they document nothing at all. On the wall opposite, three immaculately folded men’s shirts – white and stark against the blackness. The objects, at first familiar signs of officialdom, uniformity and office work, suggest – in the absences and slight asymmetries they make visible – things that cannot be contained. Perhaps a kind of memento mori for the world today, the objects speak to human frailty as much as the desire to control and contain. Emerging out of a personal story about loss and erasure, these photographs by Lithuanian born artist Indre Serpytyte, are part of a series titled ‘A State of Silence’. Serpytyte tells how her father, Albinas Sepytis, reportedly died in a car accident on the 13th October 2001. He was the head of Lithuania’s Government Security, and of his death, Serpytyte writes: ‘No one seemed to know the details, or circumstances, or provide straightforward answers ….All that remains is silence, unknown circumstances….A chilling absence’.

Curated by David Birkin and Louisa Adam, Moments of Reprieve explores the idea of loss in contemporary photography. The show is titled after the 1978 book by Primo Levi: Levi’s stories are shaped around singular events and individuals. Each recuperates traces of hope and humanity against a backdrop of abject inhumanity – the Holocaust. Unfortunately the curators don’t include a copy of the book in the show. It seems to me, looking at the work exhibited, that the idea of reprieve is not a simple one and not necessarily always apparent. At the very least its presence – whether it is in fact visible or absent – registers in different ways depending on who is doing the looking, the remembering and when. Memories and the emotions we attach to loss, to traumatic events and to the past, shape-shift backwards and forwards across time. We know that this is true of images and texts as they migrate in ever-shifting patterns of circulation.

Photography is a medium embedded in histories of loss and impermanence: from Victorian images of the dead to twentieth century snapshots documenting the passing rituals of everyday life. But it is also tangled up in loss on a political scale: the picturing of loss in times of war is familiar and ever-present: from broadsheet to social media. Adam Broomberg and Oliver Chanarin’s photograph of a section of wall at the notorious Red House in Iraq foregrounds, for our consumption, the markings of incarceration. It is a strange, uneasy experience, looking at this work: a highly staged re-imagining of the remnants of other people’s suffering. This is an aspect of the show that made me uncomfortable even as I found myself drawn into the pleasure of the images and the sensations that they produce. I felt the same about Jane and Louise Wilson’s monumental, glossy C-type print Atomgrad (Nature Abhors a vacuum): one of a series commissioned by Forma for the 25th anniversary of the 1986 Chernobyl nuclear disaster. The series depicts abandoned interiors in the apparently almost deserted town of Pripyat, located within the 30km wide Exclusion Zone. Atomgrad depicts the corroding, remains of an indoor swimming pool: light etches out shadows in a space emptied out of human life.

One of the most intriguing works on show is Taryn Simon’s Kenneth Waters, Scene of the Crime, Ayer Massachusetts. A text tells us that Waters ‘died in an accident 6 months after his exoneration’, and that he ‘served 18 years of a life sentence for murder and robbery’. The photograph is part of a series ‘The Innocents’ documenting stories about people imprisoned for violent crimes not actually committed. Simon’s image depicts an innocuous house set back against trees and garden. In the foreground dappled light is filtered by the trees: a photograph of the banal, and the impossibility of ever really recuperating the experience of loss in the present.

It is interesting that the exhibition is curated by an artist (Birkin) and a curator (Adam). Birkin is part of the show not simply as a curator but as an artist. Two of his works: Pieta and Anno in the Tiergarten are included. I wonder – taking in the importance of Birkin’s work here – whether Adam’s imprint as a curator should not have been made more visible; and whether the dialogue between curator and artist could have opened up visual and verbal conversations that might have contributed in more interesting ways to the ambiguities of loss and reprieve. But this is an especially well put together gallery exhibition of exceptional photographic works by artists and photographers. Each of the works suggests the richness and potential of the photographic medium as art, and as poetic form. They bring contemporary inflections to the ways in which we think about, embody and experience loss.