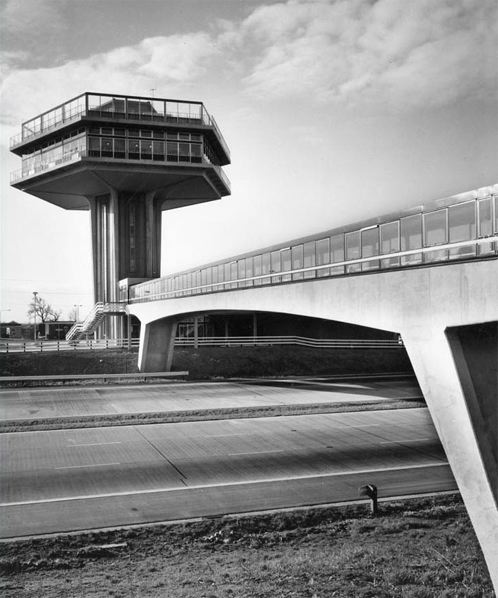 Book Cover: In the Company of Ghosts: the Poetics of the Motorway, 2012, edited by Andrew Corkish.
Conceived and co-edited by Edward Chell & Andrew Taylor.

The history, influence and poetics of the English motorway system – where romance and squalor, personal and political, private interests and public space collide – will be under discussion next week. The conversation between Will Alsop, Edward Chell and David Lawrence is complemented by a sonic poetry performance by Jennifer Cooke.

Talk and readings celebrate the recent launch of In the Company of Ghosts: the Poetics of the Motorway, a book created by artist Edward Chell and poet Andrew Taylor, through their common interest in the physchogeographics of the motorway.

The event will launch a screenprint by Edward Chell, produced exclusively as a donation to Beaconsfield’s Fraternise fundraising scheme in an edition of 30.