Will you ring Creed's bell to mark the start of the Olympics? - FAD Magazine
Skip to content 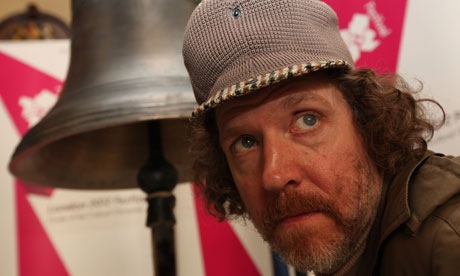 This article titled “Will you ring Creed’s bell to mark the start of the Olympics?” was written by Jonathan Jones, for theguardian.com on Thursday 26th July 2012 13.06 UTC

Everything is going to be alright. Those are the words Martin Creed wrote in neon in one of his public artworks. This white-light message has been seen on buildings all over the world. I have read it in Hackney, in Milan. Maybe it should have been written around the Olympic stadium to reflect the hope that, as one of Europe’s most struggling economies hosts the world’s biggest sporting event, this will boost us, save us, put some Olympic fire in our finances.

Instead, Creed is asking everyone in Britain to ring a bell tomorrow morning at 8.12am to mark the first day of the 2012 Olympiad. Even Big Ben will be chiming in. But what’s it all about?

I have to confess I am still not sure if I will be ringing a bell. Something in me resists it – but at least the resistance is making me aware of the meaning of Creed’s public art. He loves community. He believes in the collective. That message he put up high – Everything is going to be alright – is a message for everyone, encouraging and embracing. His roomful of balloons is similarly a work to share. And his marble staircase in Edinburgh is a throwaway luxury for everyone.

A lot of works by Creed are unnerving. The lights go on and off. His songs insist on the reality of nothing. An artist who worries about nothingness and darkness reassures himself and us by promoting the wisdom of crowds.

Will the big bell-ring work? It has plenty of institutional support. In Edinburgh, a bell-ringing session will take place on Creed’s Scotsman Steps. So why am I feeling resistant?

The collective is not a straightforward ideal. It means conformity as well as community. I want to know more about what Creed means by his glorification of collective acts. What does it mean to all ring bells in unison, and what does he want it to mean? Is it a glib gesture or something deeper – and if it is deeper, what is it seriously saying?

Of course, I might find this out by ringing a bell. And that may actually be the best reason for doing so.

• If you’d like to ring in the Olympics, you can select a sound from our bell-ringing interactive 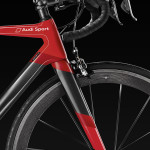 Sports Betting: Just Pure Luck or Almost a Science in Itself?

In most countries, sports betting is legalized and is operated by sports lotteries. One important question exists regarding the nature […]