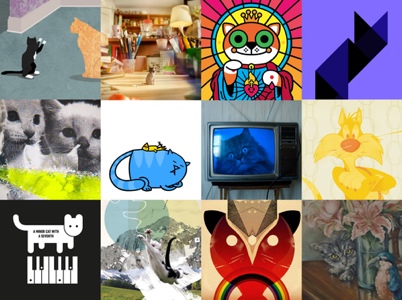 Soapbox & Sons are curating an exhibition of LOLCATS this autumn. They have assembled a plethora of artists to bring this notorious meme to life. FAD will be interviewing a select few over the coming weeks in the lead up to the show.

Did you know as early as the 1870s, British portrait photographer Harry Pointer created a Carte de Visite series featuring felines posed in various situations, to which he added amusing text intended to further enhance their appeal?

This, evidently, caught on, but we want to take LOLCATS to a completely new level. These ridiculous memes are notorious for being crude, rough and generally make-shift. We, on the other hand, are creating a series of beautiful, funny, witty and well-designed LOLCAT fanart.

We have gathered a unique group of artists, including graphic designers, illustrators, photographers, animators, writers – and more, to create their own LOLCAT interpretations across mixed media. This series will be exhibited and sold in aid of a major charity to be announced very soon.