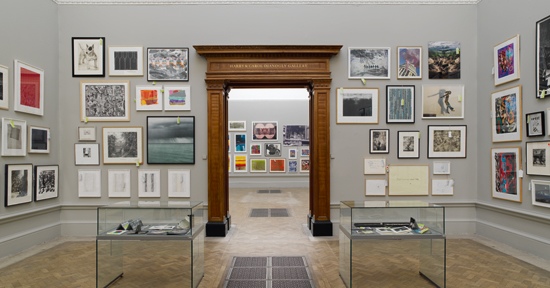 4th June – 12th August 2012
The Royal Academy’s annual Summer Exhibition will mark the start of the Summer Season.
The world’s largest open submission contemporary art show, now in its 244th year, continues the tradition of showcasing work by both emerging and established artists in all media including painting, sculpture, photography, printmaking, architecture and film.

Gallery III, the grandest space in Burlington House, will be curated by Tess Jaray RA. Containing a large quantity of smaller work, this will demonstrate that work of a more modest scale can be as powerful as larger work. As a former teacher at the Slade School of Art, Jaray is mindful of providing a forum for established and younger artists to show their work to the public. Chris Wilkinson RA and Eva Jiricna RA will curate the architecture gallery of the Summer Exhibition this year. Their curatorial direction will seek to blur the boundaries between architecture and fine arts. Paying homage to Matisse’s The Red Studio, the Wohl Central Hall will show a vibrant display of colourful works.

Other highlights will include a video room dedicated to the work of Jayne Parker and a gallery of Scottish and Irish artists arranged by Barbara Rae RA. Other artists exhibiting this year include Christopher Le Brun PRA, Michael Landy RA, Tracey Emin RA, Ken Howard RA, Raqib Shaw, Calum Innes and Keith Coventry amongst others.

One of the founding principles of the Royal Academy of Arts was to ‘mount an annual exhibition open to all artists of distinguished merit’ to finance the training of young artists in the RA Schools. This has been held every year without interruption since 1769 and continues to play a significant part in raising funds to finance the students. The Royal Academy receives no public funding so all those who support the Summer Exhibition contribute to supporting artists of the future. The majority of works in the Summer Exhibition 2012 will be for sale, offering visitors an opportunity to purchase original artwork by high profile and up-and-coming artists.

Following on from last year’s successful BBC TWO Summer Exhibition Culture Show Special, the Royal Academy of Arts will be working with the BBC once more.

Interview with Bill Jacklin for his return to Marlborough Fine Art, London