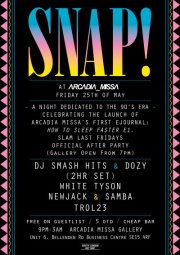 Arcadia_Missa Ejournal out 25th May & Launch of SNAP!

Held at Aracdia_Missa to Celebrate the Launch of Arcadia Missa’s First Ejournal: How To Sleep Faster E 1

The upcoming e-journal is a separate publication to our print journal. It acts as both a further link between our public programme and print journal, more visual than text based (a hybrid of a downloadable exhibition and a publication). It can be described as a quasi-map / environment that will create the landscape / setting for HtSF 3 and Arcadia Missa 2012 programming. 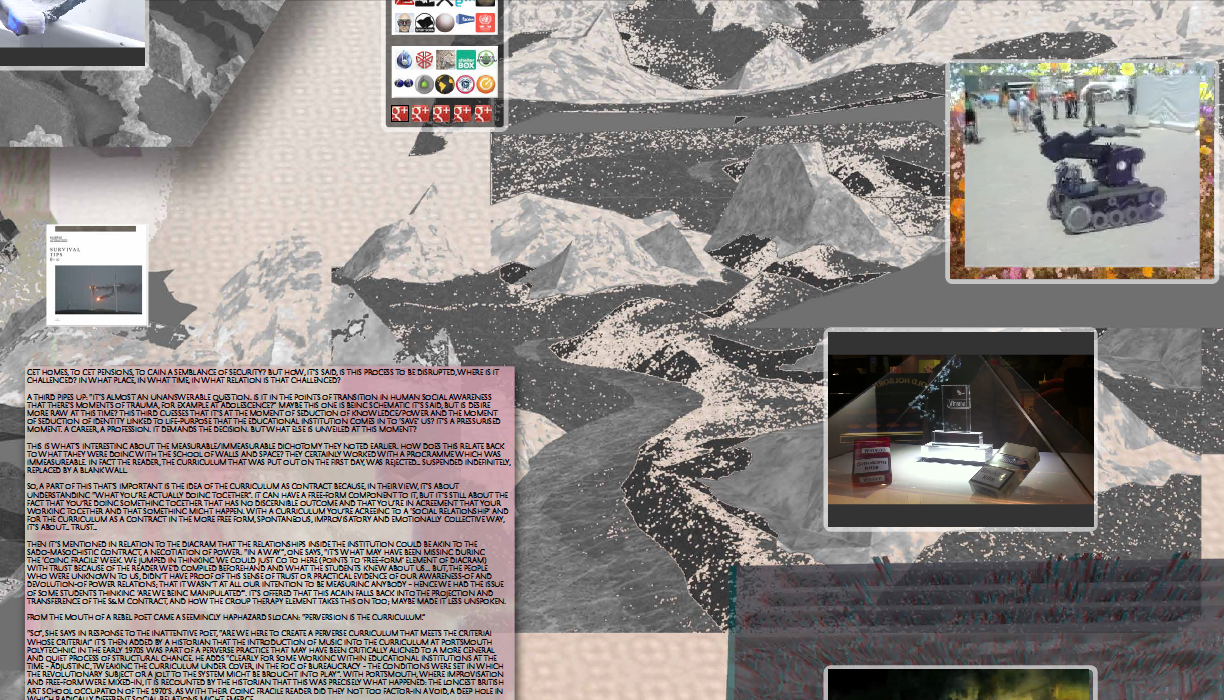 SNAP! The best in R’n’B, Hip-Hop, Garage, House and anything in between that makes you shuffle…

DJs Dozy and Smash Hits will be taking us through the decade in a special 2 hour set spanning ’90-’99 with support from Sai and our residents. Expect hip hop, r’n’b, garage, and anything else good from the ’90s as we take it back to a time before the criminal justice bill, when the world loved Beanie Babies, chain wallets, and Pogs…can’t forget about Pogs.

Entrance is FREE on the Guest list (Launch night only!) £5 Otherwise. For guest list email names to snap90s@gmail.combefore 7pm on the night.

Full 90s get up is highly recommended! Free booze to the best dressed. We wanna see your biggest gold jewellery, Moschino print and Adidas shell suits in all their glory…

Venue cap is only 300 MAX. Entrance based on first come first served basis.