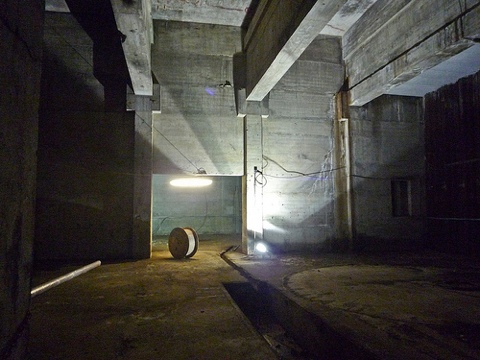 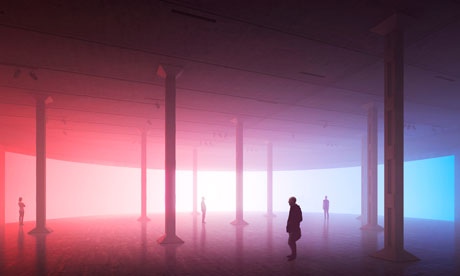 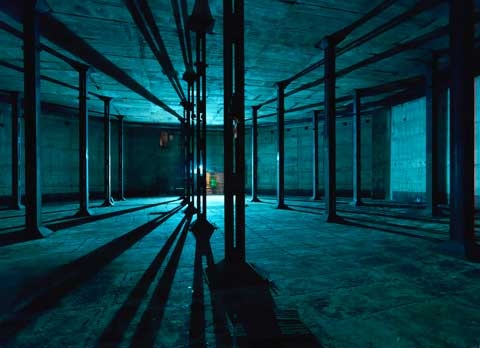 Dropping in to Tate Modern‘s new underground oil tank spaces this summer might mean seeing a performance of minimalist dance, taking part in a debate on what it is to be an immigrant or experiencing work by an artist who most recently filmed naked men playing five-a-side football.

The gallery has revealed details of the Tanks, described as the world’s first museum space dedicated permanently to live art, installation and performance. They will open on 18 July, 10 days before the Olympics, and be filled this summer and autumn with a 15-week festival of art.

Tate’s director, Nicholas Serota, called the Tanks incredible spaces and said the festival was a very exciting moment for Tate. While the gallery had always been an enthusiastic collector and exhibitor of installation and live art, the Tanks offered something new, he said. “The public wishes to engage with these works in a very different way from simply going in to a gallery and observing the work on the floor or a wall.

“The Tanks are the first spaces dedicated permanently to live art, installation and performance in any museum building anywhere in the world.”

The new spaces are three 30-metre-wide concrete oil tanks decommissioned more than 30 years ago. One will be used as back-of-house while the other two will permanently show live art, performance, film and installation as well as hosting symposiums and conferences. The East Tank will be taken over this summer by a single new work by a Korean artist, Sung Hwan Kim, who will tell a story using drawing and writing as well as music, video, sound and sculpture.

The first project will feature the choreographer Anne Teresa De Keersmaeker adapting a minimalist dance work she first performed in 1982 called Fase: Four Movements to the Music of Steve Reich, consisting of three duets and one solo.

Another artist in the South Tank will be the young Briton Eddie Peake who this year showed a film of men playing football naked. Comer said: “He is very interested in aspects of voyeurism and sexuality, in particular the male body. He will be developing a new project for this space responding to those interests and to the space itself.”

What the new work will be is still in development but curators said it would feature men and, yes, they could even be naked.

The Cuban artist Tania Bruguera, who mounted an exercise in crowd control using two mounted police officers at Tate Modern in 2008, returns for a three-week residency in which she will run workshops and stage discussions around her continuing art project Immigrant Movement International.

In total, more than 40 established and emerging artists will take part in the festival, including the British artist Tina Keane, the US choreographer Yvonne Rainer and the Korean artist Haegue Yang, who had her first big UK exhibition last year at Modern Art Oxford.

There will also be a concrete space called the Transformer Galleries showing installations of recent acquisitions such as two works which Tate said were emblematic of the direction it was taking. One is a work called Crystal Quilt by the US west coast artist Suzanne Lacy, which saw her working with older women in Minnesota for nearly three years, culminating in an hour-long live TV performance exploring issues around older women and their visibility. The other is by the British avant-garde filmmaker Lis Rhodes, called Light Music.

The Tanks are the first phase of the £215m Tate expansion project which will eventually see another 10 floors built above the oil tanks which will, after the festival, be reopened periodically while work continues towards the planned overall opening date of 2016. Serota would not be drawn on fundraising – it is 75% complete – or whether the government’s recent changes to tax relief rules on philanthropic giving would hit it badly.

The festival, which runs until 28 October, is part of the London 2012 Festival, the showcase culmination of the Cultural Olympiad.

Catherine Wood, curator of contemporary art and performance, said the Tanks would allow the gallery to plant seeds of experiment, watch them grow over time and let them unfold at their own pace. “We’re excited about the opportunity to create events that are part installation, part discussion, part performance, which is very much in the spirit of how artists are working now.”

Of course, live and performance art is not new – Joseph Beuys was active in the 60s, Marina Abramovic was asking people to squeeze through the naked bodies of herself and her boyfriend in the 70s – and Wood said the gallery wanted to root new work in the wider history of the genre.

• This article was amended on 24 April 2012. The original referred to Haegue Yang as a man. This has been corrected.