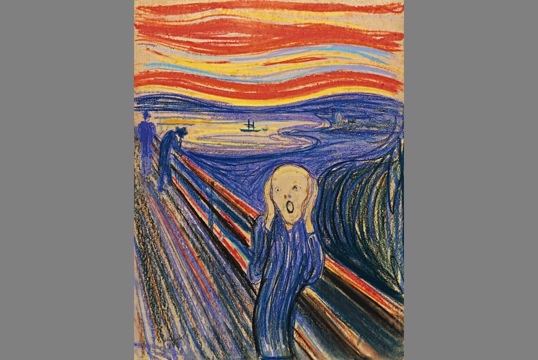 One of four versions of Edvard Munch’s masterpiece “The Scream” will be sold this spring in New York, Sotheby’s auction house. Sotheby’s estimates that the work, which has become a modern icon of human anxiety, will sell for $80 million or more.

The 1895 drawing of a man holding his head and screaming under a streaked, blood-red sky is being sold by Norwegian businessman Petter Olsen, whose father was a friend and patron of Munch’s. It is the only version of “The Scream” still in private hands.

The work will lead Sotheby’s Impressionist and modern sale on May2nd. A price tag of $80 million would be among the highest-ever for an artwork. According to Sotheby’s, a total of eight works have sold for $80 million or more at auction. The record is $106.5 million for Picasso’s “Nude, Green Leaves, and Bust, sold in 2010 by Christie’s in New York.